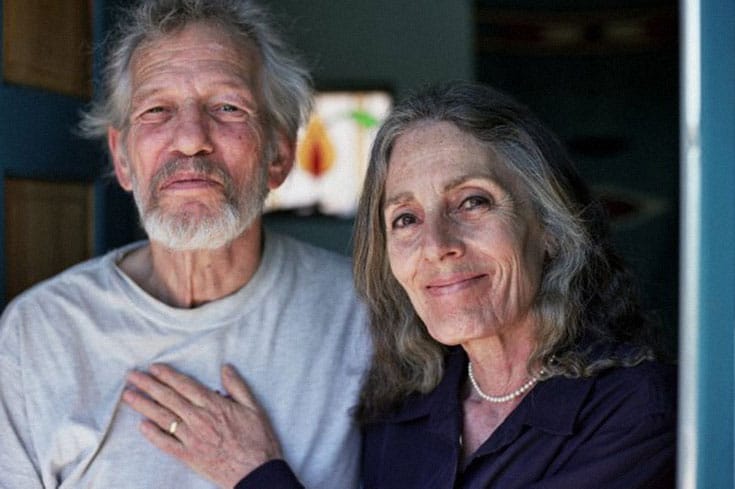 Stephen and Ondrea Levine, via stephenandondrealevine.blogspot.ca.

The American spiritual writer and teacher Stephen Levine has died at age 78. A brief announcement on the Facebook page shared between Stephen and wife Ondrea Levine states:

Dear Friends,
Stephen passed away at home in his bed this afternoon after a long illness. He was 78 years old. His heart has gone to God. His light is left here with us. Thank you for your blessings and love and friendship. Namaste.

Levine, though deeply associated with Buddhism, Theravada/vipassana especially, was influenced by various spiritual traditions. He was also a friend of Ram Dass and, like him, was a student of Neem Karoli Baba. Levine’s writings, thus, addressed Hindu and other concepts as well as Buddhist ones. With Ram Dass, he studied with Elisabeth Kubler-Ross in the mid-70s, and would become an eloquent expounder on the matter of death, writing Who Dies?, Meetings at the Edge, A Year to Live, and Healing into Life and Death. Levine was also committed to other forms of expression, having co-founded the San Francisco Oracle in the mid-60s and writing poetry and personally flavored essays and teachings as exemplified in Levine’s A Gradual Awakening. His most recent book was Becoming Kuan Yin: The Evolution of Compassion.

Stephen lived in the Southwest with Ondrea Levine, where they remained local (due to health concerns) but produced video teachings via their website, LevineTalks.com.

Our thoughts and best wishes are with Ondrea Levine, son Noah Levine (a Buddhist teacher in his own right), and all who were touched by Stephen’s life and work.

Stephen and I have been deep heart friends in the same soul pod for many incarnations. Many lives are enriched through his heart, his soul, and his words. As Stephen helped so many others deal with death, may his entry into the clear light of love be easy.

Jack Kornfield, too, has posted a tribute, calling him a “vast poetic Dharma brother” and a “heart friend,” and writing, “Stephen perennially inspired me, deepened my understanding of how to practice in the fire and how to stay open to love.” Read the full tribute here.

Late in the day on Monday, Ondrea Levine shared her own social-media message:

my beloved is gone
i feel blessed to have had 40 yrs with such a loving,remarkable being.
please pray for him
love&treasure yourselves
ondrea