Tendrel as defined by Tyler Dewar, an oral and textual translator for Nalandabodhi, an international network of Buddhist study and meditation centers. 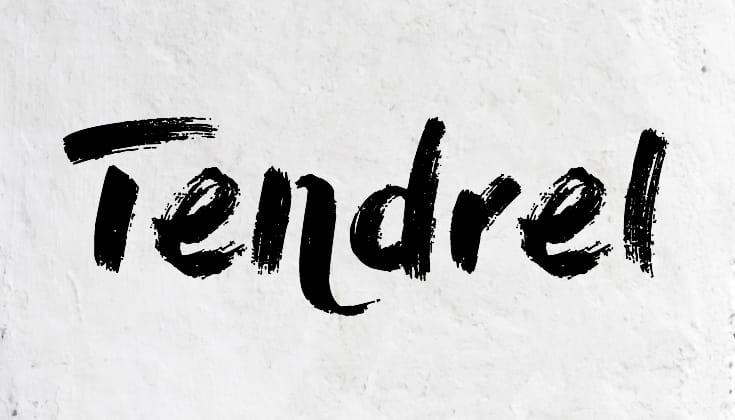 The Tibetan term tendrel, or, more fully, ten ching drelwar jungwa, describes the nature of phenomena and how they relate to each other. It has connotations that are both mathematical and magical, and is a principle that plays a key role in all three levels of view and practice in Tibetan Buddhism: Hinayana, Mahayana, and Vajrayana.

Ten means “to depend” and drel means “connection” or “relationship.” So tendrel means that all phenomena come into being (jungwa) through a dependent relationship with other phenomena. As the Buddha famously stated, “In dependence on this, that arises.”

As we look at what this key Buddhist concept means in the levels of the Tibetan Buddhist path, we must remember that these levels do not directly correlate to other complete paths of Buddhism. For example, the Hinayana path does not equate with the Theravada tradition of Southeast Asia, although one frequently hears this mistaken interpretation. Theravada is a comprehensive path unto itself, which includes traditions and practices that relate to other levels within Tibetan Buddhist practice, such as the development of loving-kindness.

Tendrel, at the level of the Hinayana, the foundational vehicle, relates to an individual’s experience in samsara. Teachings on the “twelve links” of tendrel detail very clearly how an initial lack of awareness sets the stage for karmic actions, and how these karmic actions become the wind that propels us through the various pleasant and unpleasant experiences of samsara, culminating in old age and death. The Hinayana presentation of tendrel teaches us how all conditioned phenomena relate to each other: every thing, every experience, comes into being in dependence on and in relationship with something else. It is the basic math of Buddhism.

When we bring our prajna, our spiritual intelligence, to bear on the dependent relationships in everyday experience, our episodes of depression, fascination, and anger become more workable. We see that they were not willed upon us by anyone; rather, they had specific causes. We are also encouraged to examine what causal roles our own intentions and actions may have played.

The Mahayana, the great vehicle, builds on the Hinayana understanding of tendrel through the view of emptiness—the lack of inherent existence of all phenomena. Precisely because each and every phenomenon is tendrel, conceived through dependent relationship, no phenomenon exists in an independent, permanent fashion. Tendrel thus becomes extremely potent because it not only teaches us the way in which things exist, it also teaches us the way in which things do not exist.

The great Indian master Nagarjuna emphasized this equation: whatever arises in dependent relationship is empty of its own ultimate existence; any discussion of emptiness must take place with regard to phenomena that arise in dependent relationship. Nagarjuna’s Madhyamaka system lauds tendrel as the “king” of logical arguments: by reflecting on tendrel when we doubt the condition of a given phenomenon, we can avoid the extreme of nihilism (taking actions and results to be utterly nonexistent and meaningless), and the extreme of eternalism (not questioning our assumption that the things we hold dear are as real as they appear and will last forever).

The Madhyamaka approach to tendrel may seem to be simple logic at first, and we may wonder why something so seemingly obvious deserves so much attention. However, the aspect of tendrel that makes it such a vitally important element of the view of all Buddhist paths is not the part that’s easy to understand intellectually. Rather, our reflections on tendrel take aim at our attachment to and our assumptions about the things we build our lives around—on an emotional level. When we bring the contemplation of tendrel to these depths, taking it personally, a wealth of magic, beyond math or logic, becomes accessible to us.

In the Vajrayana, a special path within Tibetan Buddhism’s Mahayana, the principle of tendrel is used in such contexts as the visualization practices of deity yoga. It teaches how the symbolic appearances toward which the practitioner orients his or her mind in meditation can ripen the qualities of enlightenment that those symbolic appearances represent. Further, the Vajrayana teachings place great value on tendrel as “omen”: attention is paid to what stage is being set, what ground is being laid, by our actions and thoughts of the present and by the signs in our immediate environment. One pays attention to what we might normally think of as accidental “coincidences” and appreciates them as part of the working of the interdependent nature of phenomena.

In colloquial Tibetan, tendrel indicates “luck” or “serendipity.” There, the “dependent relationship” means “things coming together in a favorable way.” Consequently, one of the greatest contributions Tibetan Buddhists of the West may make to English-speaking society is to ensure that the word “auspicious” will never lose its place in our day-to-day lexicon. (“My toast landed butter-side up—how auspicious!”) What’s more, because of tendrel’s significance and multiple layers of meaning, and because of the relative ease with which it rolls off the tongue, it may someday find its own way into our dictionaries.

Tyler Dewar serves as an oral and textual translator for Nalandabodhi, an international network of Buddhist study and meditation centers, and for Nitartha Institute, an annual, month-long program of advanced Buddhist studies.