Ruth Ozeki is a Zen priest and the acclaimed author of My Year of Meats, A Tale for the Time Being, and the new novel The Book of Form and Emptiness. Lion’s Roar’s Nancy Chu talks to her about her creative process, the transformative power of grief, and what it’s like growing up mixed-race in America. Read an excerpt of Ozeki’s new novel here. 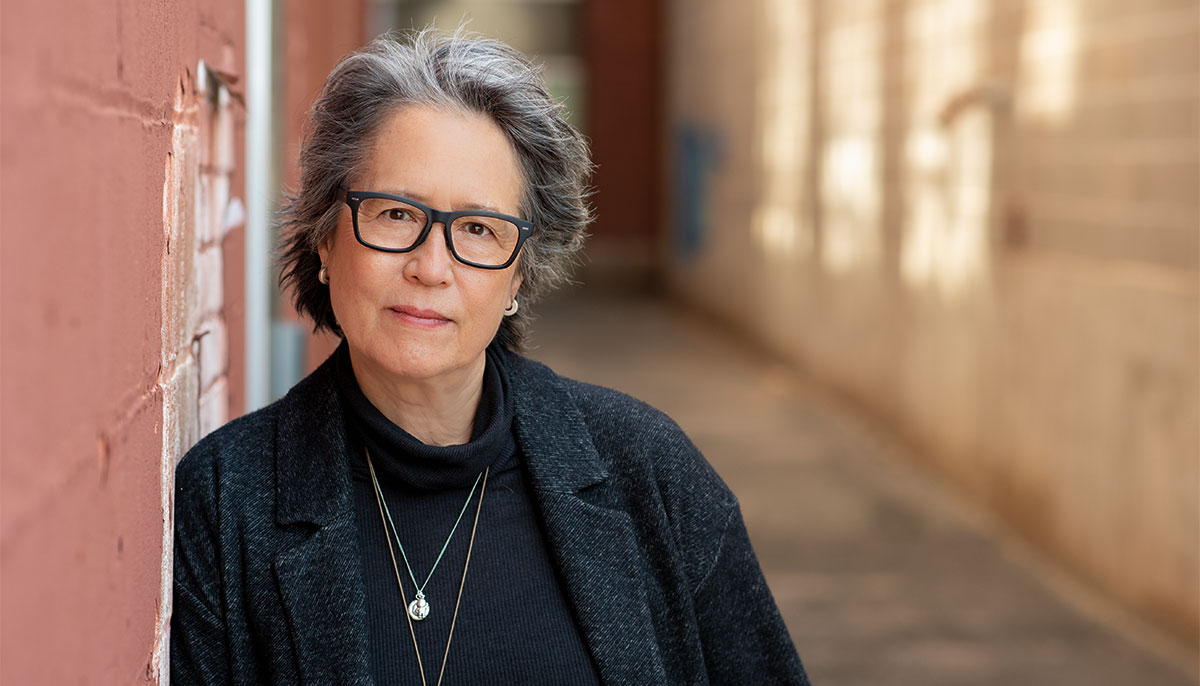 Nancy Chu: The Book of Form and Emptiness is about a boy, Benny, whose father dies. In response to that tragedy, Benny begins to hear voices, while his mom, Annabelle, develops a hoarding problem. What does this novel say about loss?

Ruth Ozeki: Grief sensitizes us, it opens us up. With Benny, his grief and his confusion over his father’s death make him more receptive to things that perhaps the rest of us can’t perceive. Annabelle, too, is a deeply receptive person who sees the beauty in everything, and this is why she hoards. She’s drawn to objects and their histories because they have an animate presence and energy for her.

As I was writing, I was thinking about impermanence, interdependence, and the way being flows in and out through time and space.

During the funeral, Benny hears his father calling his name. This not an uncommon phenomenon. People frequently report hearing the voice of a loved one who has passed away, and in fact this happened to me after my dad died. I’d be doing something, washing the dishes or getting dressed, and suddenly I’d hear him calling my name. It sounded like a voice, his voice, outside my head, and my heart would leap. Then I’d remember, Oh, no, he can’t be here, and I’d relive loss and grief every time this happened. Eventually, after about a year or so, his voice faded, or I stopped hearing him, and I kind of forgot about the experience.

Then, years later, during a reading I was giving at a library, I was talking about how fictional characters come to me as voices, and an older man in the audience raised his hand and asked if I heard the voices with my ear, or if it was more like I was hearing them with my mind. He explained that the reason he was asking was because his son heard voices—heard them with his ear in the same way I’d heard my father’s voice calling to me—and found it very disturbing.

These two experiences started me thinking about voice hearing and its relation to grief and creativity, and this is where the character of Benny came from. What if a child hears his dad’s voice after his dad dies, but instead of fading away, like my father’s did, his voices proliferate? What happens if he starts to hear not only human voices, but also the voices of things in the world? At the time, too, I was thinking about the Zen koan about insentient beings, and the question, “do insentient beings speak the dharma?” I wanted to investigate this koan in fictional form.

How is your new novel about the interplay between form and emptiness?

The phrase “form and emptiness” comes from the Heart Sutra, one of the core Mahayana Buddhist texts. The line we chant is “Form is emptiness, emptiness is form.” Emptiness, in this sense, refers to impermanence, and the way all things, all beings, are impermanent and exist in a perpetual state of interdependent flux, or dependent co-arising. None of us—human beings, animals, insects, books, stones, trees—has a fixed, essential self or identity independent of everything and everyone else, and this sense of interconnectedness is, I think, what Benny comes to appreciate in the novel. His relationship with his mother. His relationships with his friends. His relationship with his book.

So as I was writing, I was thinking about impermanence, interdependence, and the way being flows in and out through time and space, but also about books and stories. About the ever present, creative, generative force in the world that sparks all of us into being and is the source of all the stories we tell.

Your works explore growing up mixed-race, cultural fluidity, and transnationalism. How do you see your work in the context of Asian American literature?

I was born in 1956, on the East Coast, and when I was growing up, there was no Asian American literature that I was aware of. I loved reading, and in particular, I loved novels, but it didn’t occur to me that somebody with a face like mine could write them. It seemed culturally inappropriate somehow. I tried to write haiku, but I’m a verbose person, and the haiku thing didn’t work out. It wasn’t until much later, after Asian American women writers like Maxine Hong Kingston and Amy Tan started publishing, that I felt it might be possible to write a novel.

All of my novels have mixed-race characters, and I think this is because I write about cultural hybridity and outsiders. Benny is an outsider, too, and so it made sense for him to be mixed-race. When you’re mixed-race, you’re always an outsider, neither here nor there—or at least that’s how I felt when I was growing up. I didn’t know any other mixed-race people. When I was in the U.S., people saw me as Japanese, and when I was in Japan, they saw me as American. This sense of displacement, of not belonging, was something I’d always felt, and I’ve shared it with all my characters.

What’s your meditation practice and how does Zen inform your writing?

My relationship with Zen meditation started when I was three years old and saw my grandfather sitting on the floor meditating. It was weird because this was in Connecticut, and in Connecticut, back then, adults didn’t sit on the floor, and they didn’t meditate. He and my grandmother had arrived from Japan late the previous night. In the morning, I went to their room to call them for breakfast, and I opened the door, and there he was, cross-legged, sitting upright. It was the first time I’d ever seen him. He opened his eyes and looked at me. Because he was sitting on the floor, we were the same height, and our eyes met, and I was amazed and probably terrified, too. That is my first memory and my introduction to meditation.

Later, though, in the 1960s, everyone started meditating—the hippies, the Beats—and I was attracted to it. I remember trying to meditate when I was seven or eight, and then later, too, when I was a teenager.

But I didn’t get serious about meditation and Buddhist practice until I was in my late thirties, and naturally it was my encounter with sickness, old age, and death that prompted this. My father was old and sick, and I was confronting the fact of his mortality for the first time. I was living in New York and started practicing at the Shambhala Center. I liked Tibetan Buddhism, and I think I was attracted to a tradition that wasn’t Japanese, because I’d had experiences in Japan with Zen monastics that were problematic. I was turned off by Zen.

Later I moved to the West Coast, where I met Norman Fischer, who is a writer and a Soto Zen priest and teacher. I sat a sesshin with him, and felt a powerful sense of connection with his teachings. I knew that he was a teacher I could trust. I was really struggling at the time. My dad had just died, and I was in a lot of pain. Sitting that sesshin was a turning point. It felt like coming home, and even though this teacher was a Jewish guy from Pennsylvania, the Japanese Zen forms felt familiar—the chants, the language, the kimono and robes.

Norman is a writer, and Zen has a long history of disparaging writing. It claims to be a “special transmission outside the scriptures, not founded on words and letters,” so as a writer, I was reassured to find a teacher who loved words and letters as much as I did. When I first started practicing Zen seriously, I wondered if the practice was going to interfere with my writing. But the more I practiced and wrote, the more I realized they’re not incompatible. They’re two different expressions that arise from the same place. I no longer worry that they’re at odds. I try to sit in the morning, although when I’m deep in a novel, there are mornings when I get out of bed and go straight to the computer and start writing, and that’s fine, too.