Santiago Santai Jiménez reflects on how embracing groundlessness and impermanence can help us experience richness in daily life. 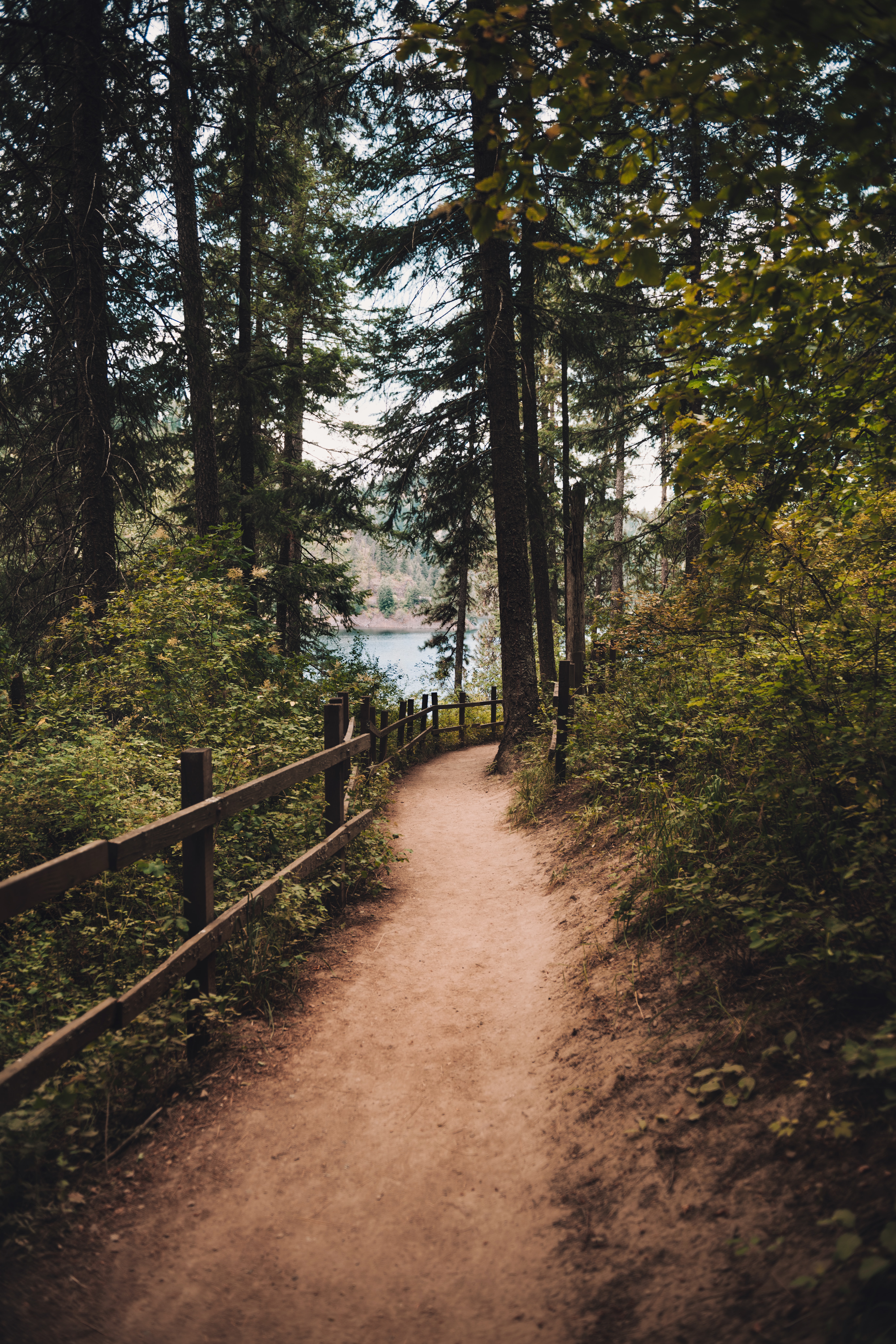 As a child, my first meditation experiences were unexpected and uncontrived. I was around six years old, and I had never heard of the word “meditation.” Growing up in Colombia in the 1980s in a Catholic household and within a larger Catholic society, the word and concept of meditation was a foreign one. It was perceived with an aura of mystery, skepticism, and even fear surrounding it. Often, meditation was associated with people in faraway places inside smoke-filled rooms full of strange imagery. For the majority of Colombians, meditation was something that “weird” people did.

What happens if we suspend the naming and categorizing of our experience, even if just for a brief moment?

But for me, meditation came naturally — I just didn’t have a word for it. I remember coming home from school, tossing my tight black shoes and heavy bag full of books to the side, and just lying face up on my bed, eyes closed, doing nothing. It didn’t seem like anything special; I was literally doing nothing. Or you could say that I was deeply letting myself and everything else just be. In fact, since I didn’t have a word for it when someone would ask what I was doing, I would say, “I’m just being.” Even though it didn’t seem like anything extraordinary from the outside, for me, this feeling of just being was permeated by a sense of deep connection, as if my body was merging with the whole universe, with no fixed boundaries between me and everything else, giving me a profound sense of being “at home.”

Now, close to a decade since becoming a Buddhist monk, and a few decades since formally starting a meditation path, when I remember how natural it was to “just be” or to just “let go,” I see that it was easy and natural because at the time I didn’t have much to let go of! I was still a child, and I hadn’t formed a complex sense of self and world yet. My identity was still simple, and my mind was very open, fluid, and receptive.

Decades later, I learned that these are qualities of a mind that is primed for awakening. However, as I grew up, the fluid, open mind of a child started to get “filled up” with increasingly complex concepts, ideas, and beliefs about myself and the world. Without realizing it, I began to form an identity based on a separate, solid sense of self created through new knowledge and experiences. A huge portion of this identity had to do with the beliefs given to me by my culture, in my case, based on Catholic beliefs.

A particular aspect of these beliefs was that they were always intertwined with the word “faith.” That is to say, having faith was equal to holding very strongly to a specific set of beliefs in order to find certainty, especially during difficult times. And within the Catholic context, any attempt to question these beliefs was the wrong thing to do. In fact, in extreme cases, it could even result in eternal punishment. Fear and faith went hand-in-hand.

Yet, there came a time when it was impossible not to question them. At some point, and for some reason, I became a strong seeker who needed to find out the truth about who he was for himself. Having blind faith in a belief that was passed down to me didn’t satisfy my deep longing for Truth. Through my search, I came across Buddhist philosophy and practice, which offered a radically different approach. Buddhism offered me more than beliefs; it offered a path. One that I could actually follow with the promise of seeing for myself what the Buddha saw. I should say that years later, I understood that most of the great religious traditions, including the one I was born into, do offer a contemplative path, although in many cases, it is not clearly explained or emphasized or even made available to practitioners.

Buddhism wasn’t about holding on to beliefs. If anything, it asked for the opposite; it emphasized letting go of grasping onto beliefs, opinions, and ideas about who I and the world were. For those of us that follow the Buddhist path, it is required that we look deeply into the experience without any preconceptions and instead open up to the beginner’s mind that simply perceives directly what is here and now as it presents itself.

When we open up to this direct perception of reality — initially during meditation and eventually at any moment during the day — it becomes increasingly clear that everything in our experience is in a constant state of flux; thoughts, emotions, intentions, body sensations, sights, sounds, tastes, smells, are all simply happening on their own and not really under our or anyone’s control. We can’t stop them from arising, and we can’t make them last longer than they do. Everywhere we look, impermanence is there.

As our mind begins to notice this, becoming aware, our most cherished beliefs may appear as fleeting and insubstantial as everything else, and the sense of being a permanent self as a “thing” in the middle of a solid world starts to get undermined. How can this permanent self exist if everything that makes it up is constantly changing? Where is this supposedly permanent self? If we look for it, all we can find is impermanence, experiences arising and passing away on their own.

Since we have been relying on our beliefs for certainty, and in the sense of being a self as our deepest identity, not being able to find it might feel like our world is being turned upside down like the rug is being pulled from under our feet, which can bring about a profound experience of doubt. But as Zen master Boshan said: “Small doubt, small enlightenment. Great doubt, great enlightenment. No doubt, no enlightenment.” It is only through this great doubt that great faith can arise.

This is a radically different and new kind of faith, one that goes way beyond grasping fixed beliefs or ideas about who we are or what the world is. At this point in our practice, we might feel like there’s nowhere to go except forward into the next moment with nothing to hold onto, and like a child whose mind is open and flexible, we can have great faith in the unknown, letting everything “just be” as it is. This type of faith allows for the rug to be pulled, leaving us without any ground beneath us.

And this groundlessness, it turns out, is precisely what the Buddhist path wants us to realize.

As this groundless ground is revealed, we see that we have never been a separate, permanent self, and the world is anything but solid. So, clinging to it becomes unnecessary, which brings about a huge release. We can see that holding onto beliefs is a defense mechanism against uncertainty. So, instead of trying to put others and the world inside a box through our beliefs, we can come from the openness of a beginner’s mind that is willing to participate fully in the unknown.

“The bad news is you’re falling through the air, nothing to hang on to, no parachute. The good news is, there’s no ground.”  —Chögyam Trungpa Rinpoche

Great doubt and great faith then become the catalysts for a profound identity shift, moving us from being an apparently separate self to being the groundless ground of all that manifests. As we continue on the path, increasingly realizing this groundlessness as our true nature, we can playfully and compassionately engage with life, appreciating the freshness and wholeness of every moment as it naturally unfolds.

We can learn to wake up and attune to this vast space of groundless awareness at any time throughout the day. What happens if we suspend the naming and categorizing of our experience, even if just for a brief moment? If we just notice this moment without comparing it to anything else, without trying to fixate on it or make it into something, can we see that we never have, nor ever will experience a moment just like this one? The richness and wonder of life are always present, and our minds can learn to wake up to it. This is the birthright that comes with our precious human life.

Santiago Santai Jiménez is a Colombian Zen monk and co-founder of the Centro Integral Colombia. Santiago is also a multi-instrumentalist musician, music producer, and industrial engineer. Santiago's approach to dharma integrates the gradual and sudden approaches to awakening, combining the systematic development of the mind found in some Buddhist traditions, with the immediate realization that is characteristic of some forms of Zen. He has worked in different countries with individuals and groups ranging from indigenous tribes to multinational executives, sometimes in the same setting.