Rod Meade Sperry says the characters in Mad Men are like hungry ghosts, endlessly consuming liquor, drugs — and each other. 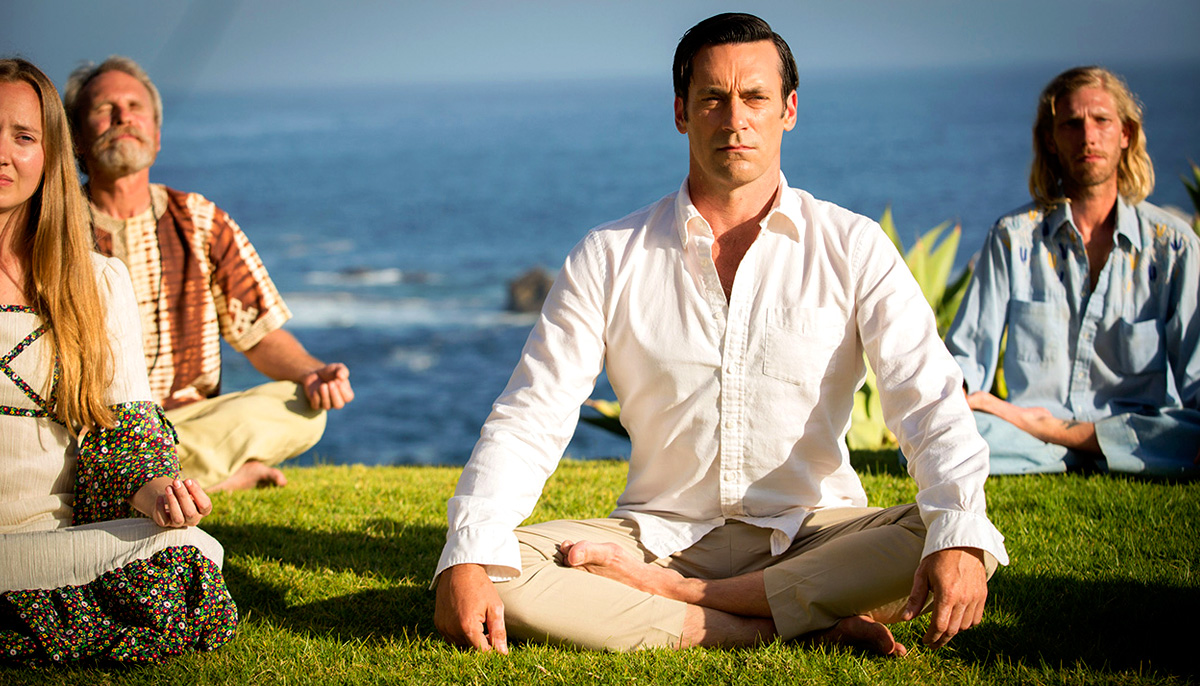 When we think of Matthew Weiner’s game-changing AMC series Mad Men, what do we picture? Smoking, suits, and sex. (Not to mention sexism.) So when the finale aired, the idea of sixties ad-man Donald Draper having an aha! moment while meditating on retreat—leading, of course, to the creation of Coca-Cola’s famous “Hilltop” TV spot, with its multicultural gathering of peaceniks singing “in perfect harmony” about sugar water—rang hollow, or at least shallow, for many. But go back and rewatch it all, as I just have, and you’ll see there’s dharma in the drama.

Naked ambition is a key theme of Mad Men, but any and all success we see is shot through with dissatisfaction. These characters are hungry ghosts, endlessly consuming tobacco, liquor, and each other. Even Don’s torrid sixth-season affair with his neighbor is tinged with dukkha. When he asks her what she wants, there’s only one answer he expects: that she wants him. Instead, she says, “For you to find peace.”

It’s another depiction of a self left behind, a mind expanding.

A quest for peace, along with weed, was increasingly in the air then, and Mad Men tries to capture all the ways folks experimented with mind expansion: yes, there is (hilariously) “reefer” use, but it goes way beyond that. Founding agency partner Roger Sterling Jr. has an enlightenment experience after he and some other well-to-do Manhattanites turn on at an LSD session complete with a Tibetan Book of the Dead-quoting guide. Copywriter Paul Kinsey joins the Hare Krishnas. And Don Draper finds himself shocked into silence when he realizes that the mocked-up ad he’s just pitched to a client actually seems to portray a suicide, or a death wish, or at the very least some kind of leaving behind of a self. There’s no other visible “benefit” present in the ad.

Before its famous closing scene, the finale delivers another of Mad Men’s most stunning moments. Don, who’s reluctantly joined a talk therapy session, listens as a fellow attendee named Leonard speaks about his own feelings of emptiness and aloneness. Moved by Leonard’s vulnerability—and the way he gives voice to something that Don has perhaps never consciously recognized in himself before—Don drops the “Don Draper” persona and embraces Leonard, sobbing. It’s another depiction of a self left behind, a mind expanding. And a heart expanding, too.

We’re left to wonder if it will stick, or if Don will one day say about his time on retreat what Roger Sterling had to eventually admit about his acid-induced bodhi experience: “It wore off.”