In this commentary from Ray Buckner, they urge white Buddhists to see the call for the end of white supremacy as a Buddhist call to “make this life livable for all sentient beings.” 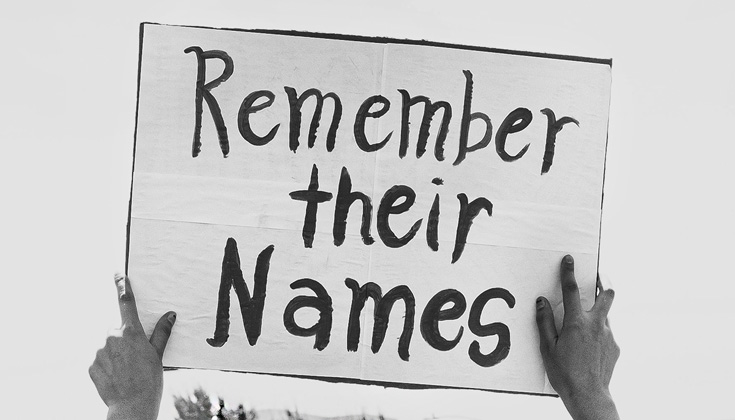 In 2005, in the days surrounding Hurricane Katrina, a white man named Roland Bourgeois Jr. threatened to shoot anyone “darker than a brown paper bag.” This he did. As A.C. Thompson describes in “Post-Katrina, White Vigilantes Shot African-Americans With Impunity,” Bourgeois and other white vigilantes shot three injured black men in Algiers Point — a predominantly white neighborhood existing within a much larger African American community. Seeking refuge out of the widespread suffering in New Orleans, three black men headed to the ferry which could take them out of the area to safety. They, along with about eleven other black men, were shot by white militia-men.

Although these black men were attacked, they were demonized, and denigrated as “thugs” and “looters.” Rather than attending to their suffering, and the forms of mass-death enacted in New Orleans in the days and weeks that followed the hurricane, black Americans were actively attacked by white Americans and blamed for trying to survive.

We wake up to the news this week that the president of the United States called for the state-sponsored shooting of “thugs” and “looters” in Minneapolis, Minnesota. This racist dog-whistle is meant to allow for the state-sponsored and militia targeting of those calling for justice, which would include the charging of white police officer Derek Chauvin in the murder of black American George Floyd.

It is my responsibility as a white Buddhist, and white person, to confront the anti-black racism of this nation, and of my heart.

They are calling for the transformation of injustices and the responsibility to hold this nation to account for the violence it enacts against our black citizenry. In turn, they are called “looters” and “thugs.” They are threatened with violence. They are threatened, in fact, with the very violence they seek to transform, by the very systems that enact those forms of suffering.

It is both my and our responsibility to make this life livable for all sentient beings, and to confront, in particular, the racism endemic to this nation.

No more black lives can be taken.

As Buddhists, we are taught to see clearly, or to try to. This is one of the core features of our path: how do we see clearly what is in front of us? As a white Buddhist, it is my responsibility to see clearly into the ills of racism that live within me, within my communities, and within this nation. It is my responsibility to see clearly into racism and the structures that uphold it. If I am not seeing clearly, I am obscured by the greed, hatred, and delusion that is racism — the denigration of black lives in this nation and the upholding and centering of white ones.

No more black lives can be taken. No longer can we allow white lives to matter more than any others. No more can we allow racial hegemony to be a part of our collective path. May we transform ourselves and the systems we exist amongst in order to transform the suffering and the racism of this nation and this world. May we make it so.