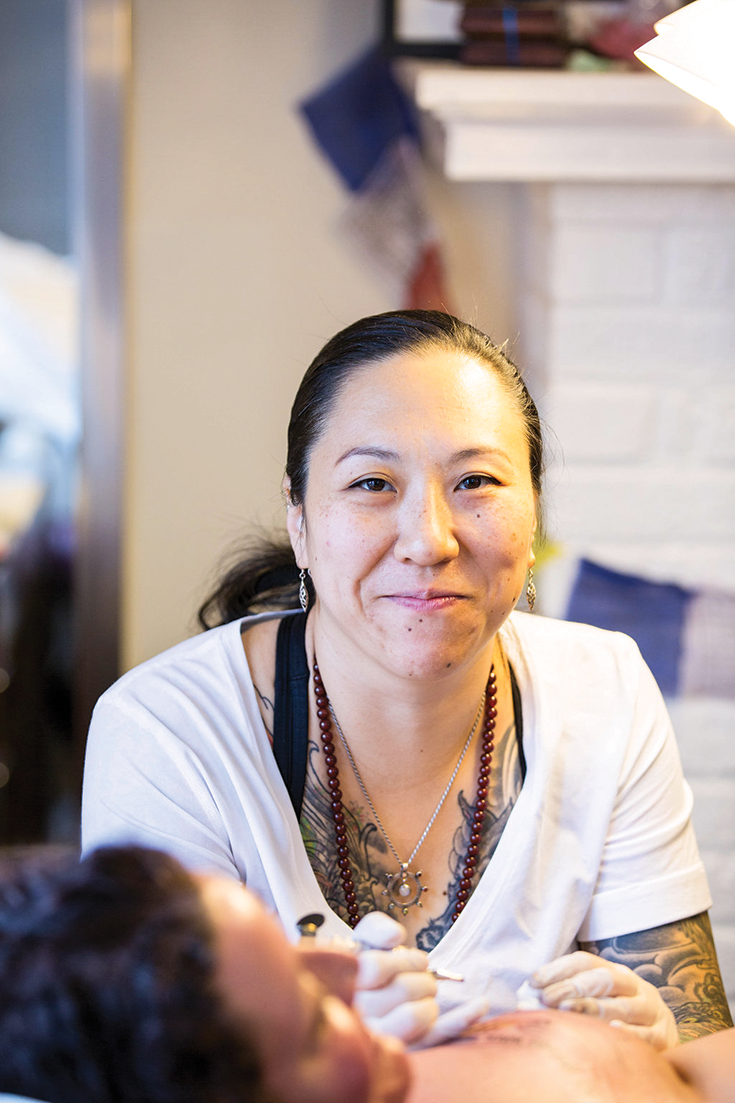 Amy Black didn’t know how deeply art could transform lives—until she learned about the healing power of a two-inch circle.

After studying visual art in college, she got her first tattoo and became fascinated with the fact that people could put art on their bodies. She apprenticed as a tattoo artist and opened her own studio, Amy Black Tattoos, in Richmond, Virginia, in 2005.

Six years later, Black got a call from a woman who had undergone a mastectomy for breast cancer and who wanted to recreate the nipple and areola removed in surgery. “Having a fine arts and anatomy background, I knew I was going to be able to do what she needed,” Black says. Creating this tattoo would change Black’s life. Plastic surgeons started sending patients her way, and she has been creating mastectomy tattoos ever since.

Black says these tattoos have a huge impact on her clients’ sense of self. “I didn’t realize how much a two-inch circle could heal someone’s life,” she says. “They feel like they’re reclaiming their bodies.” Black works with clients individually to design both 3D nipple/areola tattoos and decorative tattoos for their unique scars. “Some aren’t trying to totally hide scars. They’re proud of what they’ve been through. They’ve had to do what everyone else told them to do with their bodies and they finally get to decide this part of their cancer story.”

Black recalls one woman who, when her tattoo was finished, looked at her husband’s rubber bracelet and said, “It’s time.” As he threw it away, Black realized it was a bright-pink breast cancer bracelet that he had worn so long it had turned light peach. “It really was a wonderful moment,” she says.

Today, Black has done thousands of mastectomy tattoos and, though she keeps her prices low, she knows “someone might not be able to get this intensely healing artwork just because of money.” So in 2011 she founded the Pink Ink Fund, which offers financial aid to those needing mastectomy tattoos.

Black says her Buddhist practice helps her see her work as an expression of service and compassion. “Whether it’s figuring out what design will work best or doing the tattoo helping them heal from the cancer, I definitely am grateful to be able to help others.” Black has given a TEDx talk about her work called “The Power of a Two-Inch Circle.” Watch it below.