In this web-exclusive piece, author Lin Jensen says the rising temperature of planet earth measures a fever. A fever that is symptomatic of a pathological infection: the pandemic of unrestrained human greed. 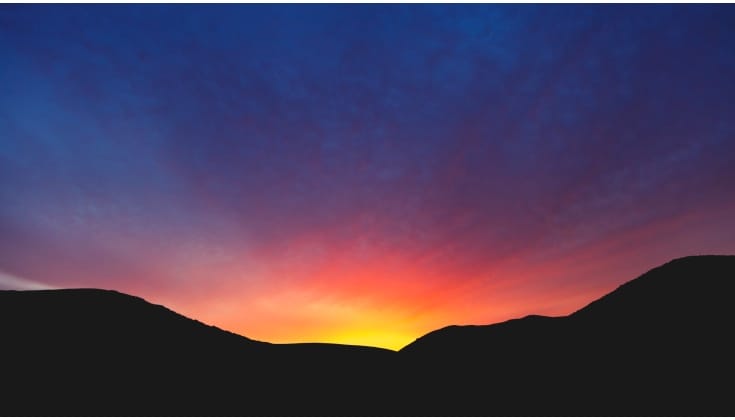 Global warming is inextricably linked to patterns of consumption, a direct result of what and how much we humans buy. Patterns of excessive economic consumption are pretty much the same throughout the industrialized world. Here in the United States, for example, the conventional economic assessment holds that when the index on consumer confidence is up that’s good. When it’s down that’s bad. The more goods people buy the better the prospects for the economy. Traders on Wall Street respond by buying up shares, the Dow industrial averages rise, and most people feel positive about their economic prospects. The fewer goods people buy the worse the prospects for the economy. Traders sell off shares, the Dow industrial averages fall, and people feel pretty dismal about economic prospects. On the whole, people in affluent countries expect to buy what they want when they want it. Not satisfied with the simple necessities of food, shelter, clothing, and medicine, they want things like a another pair of shoes to complement the half dozen they’ve already got, a membership at the sports club, a new stereo for the car, the leather jacket they’ve been coveting in the window of Lord and Taylor. The fact that people already in possession of a great many things are seldom satisfied with what they’ve got is worth reflecting on.

What’s clear to me is that the invariable offspring of consumerism is more consumerism, that wanting engenders wanting, and that no lasting satisfaction is likely to result from getting what I want. Like greed, of which it is an expression, wanting is self-perpetuating until opposed by self-restraint. Twenty-six hundred years ago in India, the Buddha observed that the hunger to possess was a source of dissatisfaction, that among the other forms of suffering was the suffering of not getting what you want. But he went on to explain that it was the wanting itself that constituted the suffering, the craving for things rather than the simple lack of them. We’d get along quite contentedly without the latest high resolution TV, if we didn’t give rise to thoughts of its possession. But we do give rise to thoughts of possession and are encouraged to do so by every conceivable marketing device available. And from this circumstance arises a chronic dissatisfaction just as the Buddha said it would. We become restless to spend and own, and once conditioned to seek satisfaction in that manner we find no end to it.

The cost of this compulsive consumption to the earth and to its inhabitants is tremendous. It is this craving to possess with its attendant production and waste that has brought us the fearful crisis of global warming. A thermometer is placed under the tongue to measure the presence or absence of fever, which if found is symptomatic of a pathological infection. The rising temperature of planet Earth measures just such a fever, diagnostic of a pandemic of unrestrained human greed.

I can’t credit my own relative restraint in this matter, because I’ve never earned more than a modest salary. I don’t know what harm I might have done had I had the money to do it with. What I can say is that I’ve never really wanted a lot of things that others find indispensable. As a youth I didn’t have to cope with the endless enticements to purchase that today’s youngsters deal with. I grew up at a time when credit cards were unheard of and people worked full time just to supply the essentials. Virtually all that my family owned was visible from the back porch: a kitchen garden with a few fruit trees, a milk cow, a half dozen pigs, and some chickens running about the yard were the sole source of our living. We were content to have this much, and thought very little of what we didn’t have, perhaps because what we didn’t have was mostly out of reach. I don’t ever remember feeling deprived, and I don’t consider that impression as simply a child’s naïve view of things. I honestly recall that we were perfectly happy.

Why do I now indulge memories of a period of United States history occurring over sixty years ago? I do so because it was a time when an industrialized nation of considerable wealth was forced to curtail its consumption of material goods, discovering in the process that a pleasing and agreeable life was consistent with such constraints. Sometimes unexpected benefits were derived from these “lean” years. In England virtually no meat was available during the war, and the rate of heart attack plunged to an all time low, rewarding a mild dietary austerity with increased cardiovascular health.

Now as an adult, I’ve adopted a Buddhist economic heritage characterized by modesty and restraint. The early Sangha that gathered around the Buddha was a model of voluntary simplicity. The term “patched robe monk” literally describes the only clothing a monk possessed, a robe patched together from bits of discarded cloth and sewn by hand. Aside from his robe and sandals, a monk’s belongings typically consisted solely in what he could carry on his person –a bowl for alms and a few utensils. Among householders, however, the Buddha actually encouraged a moderate accumulation of wealth, providing it was attained by ethical means in an amount not exceeding one’s needs. What he condemned was hoarding wealth at the expense of others, a constraint that alone limits consumption to a degree that is utterly unknown in the consumer driven economy that characterizes most developed industrial nations today.

If I want to apply the principles of Buddhist economics to my own patterns of consumption, I must learn to distinguish between need and want. The needs of any one person, household, or township are finite, while wants are without limit. Wants reside in the mind, a product of thought, while needs are of the body, consisting of such reasonable necessities as food, clothing, shelter, and medicine. A simple analogy makes the distinction more tangible: wanting to eat is eating when you feel like eating; needing to eat is eating when you’re hungry. It’s a distinction upon which the survival of earth’s delicately balanced ecosystem relies.

In a little mountain valley at the foot of California’s Mt. Shasta, lies Shasta Abbey, a Soto Zen monastery. To enter the Abbey is to enter an economic refuge where the standard of living isn’t measured by the capacity to consume, where needs are distinguished from wants, and an unspoken moratorium on unnecessary consumption is in effect. Working one day in the Abbey kitchen, I was given a crate of lettuce to make ready for inclusion in a salad. It was discarded lettuce thrown out by a market in the nearby village of Mt. Shasta as too far gone for public sale. It was pitiful, a wilted mess that I couldn’t imagine anyone would be asked to eat. But the monk in charge of the kitchen patiently explained to me how to tear away a few of the more blemished outside leaves of the lettuce and put the rest to soak in a large tub to rehydrate. When the lettuce had soaked awhile, I was surprised to see how revived it appeared to be. The leaves had filled out and begun to look like something I might not mind eating. With a few other greens, tomatoes, grated carrot, and parsley from the Abbey garden added, we all sat in the dining hall and ate a perfectly delicious summer salad. It was a great satisfaction to know that we could feed ourselves on what others throw away.

As I write these words on December 1, 2008, the nation and the world has fallen upon a massive global economic recession. The major world stock markets have lost over fifty percent of their value, banks are failing in record numbers, foreclosures on homes are unprecedented, the ranks of the unemployed swell, and the worldwide gross national product shrinks. Admittedly it’s a mess. But instead of trying to buy our way out of it, could we just this once do what nature does so well and try saving our way out of it? In times such as these, the distinction between luxury and necessity reasserts itself, and I’m forced to set aside what I merely want for what I actually need. I recall how I once stood in line outside Vandermast Clothiers, clutching two precious World War II coupons allotted me, one for the purchase of a pair of Levi jeans and another for a pair school shoes. We all kept our place in line, knowing that supplies might run out before our turn came. I can’t help but compare that orderly line of earlier times with the frenzied mob of shoppers who, on the day after Thanksgiving 2008, gathered outside a Long Island Walmart to participate in the nation’s newly instituted shopping spree called Black Friday, and who in their lust for bargains trampled to death a temporary employee who happened to get in the way.

We won’t rescue ourselves from the mess we’re making of things by discounting prices. Getting a top of the line TV for just $599.95 won’t do a thing to prevent the melting of the Arctic ice and the subsequent starvation of the Polar Bear who depends upon the ice as a way to make a living. In the distress and failure of the Polar Bear as of many other species, we humans witness our own distress and failure. In our haste to have and to own, we have taken whatever we’ve wanted from the earth and returned as payment an atmosphere polluted by an excess of greenhouse gases. As the planet warms, we humans are literally purchasing our own demise.

We must change our ways or accept the ruin of ourselves and of the earth upon which we depend. Can we now form among ourselves a modest and sustainable economic community dedicated to lives of voluntary simplification? Can we put aside individual wants so that the needs of all can be met? Can we once again learn to wait our turn in line?