Logan Beaudry muses about love, illusions, and Leonard Cohen during a sesshin with Sasaki Roshi—and ponders why Oliver Stone was there too. 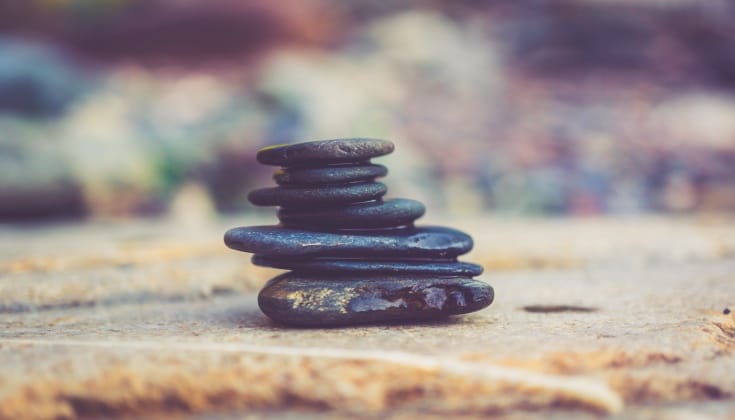 Joshu Sasaki Roshi, with his short, stout, body sitting high on a throne-like chair, is giving a Zen teisho. Haruyo, his wife, acts as translator. They argue over her choice of words, like husband and wife argue, periodically forgetting their audience, and I find this amusing. The teisho, or teaching, has taken on a new dimension. Zen master one moment, quarreling husband the next.

Later I hear someone whisper that Oliver Stone is present. Why is the filmmaker here, and is that why Roshi is talking about movies during teisho? The old master tells us he’s never seen a movie about love. Pondering this, I ask myself, has Sasaki Roshi, who spends most of his time at a Zen monastery atop Mount Baldy, actually seen many movies? Now I’m trying to think of a film about love. Not Hollywood love, but the kind of love I suspect Roshi wants us to contemplate. Not contemplate, but experience. Not experience, but manifest. I decide on Luc Besson’s Léon: The Professional. Yes, Léon (played by Jean Reno) kills people for a living, yet it’s definitely a film about love. I could tell Sasaki Roshi about Besson’s film.

But I can’t. I’m not allowed in sanzen, the daily private “interviews” with Roshi. I’m told it’s due to protocol. I would need permission from my Zen teacher in New York, and I’m not interested in seeking permission. I’m just a dharma bum. Besides, in sanzen one feels compelled to express insights, and I have nothing to say right now, unless we can talk about movies.

Residing temporarily in the house across the street from Rinzai-ji Zen Center, I feel like an outsider. The center owns three or four houses on a block in downtown Los Angeles. In one of these houses, I’m living with a disparate group of seekers and the atmosphere is generally dysfunctional. Mostly I keep to myself, clean the kitchen every day, then hide out in my room, or drive to the beach in Santa Monica to escape the heat and inner city smog. I’ve also become the zendo custodian, a job I like for its simplicity. I clean the zendo on Fridays. Sweep the floor. Dust. Prepare the altar. Arrange the incense. Along with that, in exchange for being present for Roshi’s dharma talks during sesshin, I’m also sewing zabutons—those thick, black, square cushions on which we sit. Sometimes I sleep on them at night, because they’re more comfortable than the two-inch thin mat that I bought for my tiny room.

Each morning I rise at 2 a.m. and practice zazen in solitary confinement. Twice a day I put on a Buddhist robe and walk across the street to join the others for Roshi’s dharma talks. I’m in the sesshin, but not of the sesshin.

Time moves ever so slowly, and as the dew is dissipating in the morning sun, I find myself standing on the cold flat stones outside the zendo, waiting for the entry bell to ring, when I recognize the man a few feet in front of me. He’s wearing a patched Buddhist robe, black cotton shoes, and has a dark beard speckled with gray. He looks like any middle-aged man, nothing out of the ordinary, but suddenly he turns his head, looks directly at me, and takes me in with his dark eyes. In my years of Zen practice, I’ve observed that artists—painters, poets, and the like—tend not to be burdened by the rules of the zendo. They often make eye contact during sesshin, which is technically verboten. These thoughts pass through my mind as I look down, trying to avoid Leonard Cohen’s curious gaze.

Later, in an attempt to create a logical narrative, I contemplate the peculiar presence of Oliver Stone. I say “peculiar” because of my impressions of Stone. I can’t make the connection between the controversial film director and Zen Buddhism, but Cohen’s song “Anthem” is part of the soundtrack for Stone’s Natural Born Killers. It begins to add up. I surmise that Cohen, who has been Joshu Sasaki’s student for many years, has invited Stone to his teacher’s teisho. Roshi’s comment about movies now makes perfect sense. Of course, I am speculating. Forever speculating in the silence of a seven-day sesshin.

Days pass, along with my delusions. The retreat ends and I’m released from my cell with hard-earned lucidity. I decide to buy a bottle of sake for Sasaki Roshi, whom I have never met. I take it to the zendo and will give it to the head monk—a tall, lovely, reticent female, who chooses to be called a monk, not a nun. She will give it to Roshi, not I. Protocol.

As I approach the back door of the kitchen, a shiny midnight blue BMW pulls slowly into the driveway. I turn and look. When it comes to a stop, the door opens and out steps an astonishingly handsome man in a beautifully tailored black silk suit, slate gray shirt, and gray necktie. (Monochromatic.) He’s wearing dark glasses. (Nice touch.) He looks like a character from a classic 1960s Italian film—Antonioni’s L’Avventura, or maybe Fellini’s 8½. We say hello.

No longer the ordinary man in a patched Buddhist robe with disheveled hair. He is glamorous, and I am struck by the illusion. Cohen is transformed from an aspiring Zen monk to a sleek Italian film character, and in his new manifestation he seems almost shy.

Back at the house of seekers, a first-time practitioner tells me that sesshin has had a profound effect on him. Smiling wildly with his eyes, he says that he keeps integrating and disintegrating. I tell him I understand.

I go into the backyard and observe a persimmon tree that I’ve looked at a hundred times, but had never really seen. My eyes are clear now, and the tree’s exquisite beauty takes my breath away.

When I wander back inside, one of Roshi’s young students, who has intricate lotus blossoms tattooed all over his back, bursts through the front door looking panic-stricken. He tells me that he was doing some work on Roshi’s house, which is two doors down from us. Speaking with fast nervous energy, he reports his story. Cohen and Roshi are hanging out, smoking cigars in Roshi’s living room. They offered him a cigar, and he fled in terror. The tattoos aren’t working. He is awestruck by the Roshi and the Poet.

It all goes by like a movie without a script. Characters keep changing, and I’m keenly aware of the illusory nature of it all. This is the beauty of sesshin, we accept the fluidity of life after days of deep practice. Nothing is fixed and we know it. Whoever I think I am, it can change in a moment. Whoever I think you are, it could be a projection, like images projected on a screen.  Sit back and enjoy, but don’t get too caught up in the narrative.

As for that thing called love, of course Sasaki Roshi is right, there aren’t many movies about love. But I could have told him about Léon, the professional hit man who selflessly sacrificed his life for another. Just a movie, yes, but a teisho in its own right.

Logan Beaudry was introduced to Buddhism during an extended visit to Japan and since then has attended numerous retreats at Dai Bosatsu Zendo in New York’s Catskill Mountains, and the Rinzai-ji Zen Center in Los Angeles. She lives in Vermont and is working on a series of literary nonfiction essays.