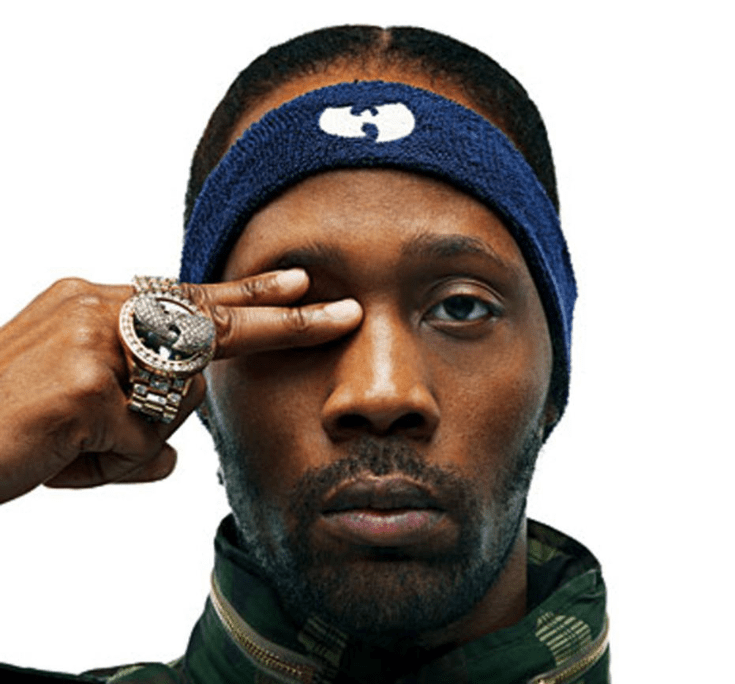 The RZA—born Robert Diggs—needs no introduction to hardcore fans of hip-hop. After setting the rap world on its ear with 1993’s groundbreaking Enter the Wu-Tang (36 Chambers), the mastermind of the Wu-Tang Clan has since produced a slew of albums and has branched out to film scores (Kill Bill, Ghost Dog), filmmaking, and books. He first found inspiration in the teachings of The Nation of Gods and Earths, and has since delved into Taoism, Christianity, Confucianism, and Buddhism—even visiting China’s famed Shaolin Temple (a seminal source of inspiration for RZA and the Wu). He talked with me about how far his spiritual quest has taken him, and how far he still hopes to go.—Rod Meade Sperry

You seem to always see the lessons to be learned from difficult times. Is that an accurate perception of who you are?

It’s an accurate perception of what I developed to be. Wasn’t always like that. First you have pity and regret and revenge in your heart for the bad things in the past that have happened to you. But as you grow, you start realizing that all the burning of the iron, shall we say, helped to forge you into the person you are. I realize the benefits I’ve gained from tragedy.

Is the peace you’ve found because of your spirituality?

At this stage in life, that’s how I feel. A few months ago, I was on tour in France. I had toured in France over a dozen times before, but I’d never seen France. I’d even had a villa [laughs] and I’d still never seen this place until I saw it recently with this awareness I have. All of a sudden, I recognized their culture, their history, and the strength of that nation. I felt compelled to go to their museums. I felt compelled to sit at a little restaurant and have a cup of tea. I felt it differently. And I think that is because what’s coming from inside is causing me to see better outside.

Yeah, I’ve taken the grains of truth from everything that resonates. Jesus, Buddha, and Muhammad—all these wise men, they came for us. They came to teach, to enlighten, to help us get to the kingdom of peace, whether they call it nirvana, heaven, or paradise. It’s my duty to understand each one of these teachers. By me understanding what Buddha said, when I am talking to a brother Buddhist we can communicate. I don’t have to be blocked by Christianity or blocked by Muslim teachings or blocked by anything because I am now aware of the psychology and the thinking of what he is expressing, and I can also see it.

When I was in China I saw all these different buddhas. I saw a big fat buddha. I saw the regular buddha standing. I saw the crying buddha. I saw the drunken buddha. And it hit me as a revelation that these are the different ways to get to enlightenment. Buddha himself, he tried one hundred paths. These statues are representing ideas. You’re not supposed to worship the statues. They’re signs. When you’re going somewhere you need signs on the road to guide you, and these statues and these images are signs for us.

Yeah, I was speaking on both. To me, reading is meditating and playing is meditating. You have meditation and you have meditation in action. When Bodhidharma went to teach Buddhism, to help spread Buddhism in China, the monks were tired. Their bodies weren’t strong. They would meditate good, but they’d fall asleep. So Bodhidharma gave them kung fu, a physical way to meditate. Then, with a strong body and a strong mind, they could reach this nirvana or phase of enlightenment that their heart was yearning for.

In my own personal life, I meditate both ways. At the top of my property there is this little pagoda-type structure. I go up there and sit for hours. Sometimes I sit with my eyes closed in a meditative position. Sometimes I sit with my eyes open. Sometimes—and I don’t suggest this to others—I smoke my little bit of weed and relax. But the main thing I am doing is calming my heart and body and letting myself speak to myself. That’s one of the main goals of meditation, I think. To have yourself speak to yourself.

You do both qigong and kung fu.

Yeah. I tell everybody around me, if you’re not going to work out for an hour, then do ten minutes every day to let your muscles and your mind have the memory of what they’re supposed to be doing. Bodhidharma told the monks that if they followed his practice for one hundred days they’d change their whole physical composition. You could be forty, but if you do this for one hundred days, you’d be back to the vital body of someone who is twenty-five to thirty. I just reached forty. For those who don’t know me, it’s hard to convince them of that. People be checking me out. [laughter]

Buddhism tries to emphasize right speech, so some Buddhists have a hard time with the cursing in rap. Can you explain why you’re not afraid of using explicit language?

In one of the books I have on Buddhism, a student is talking to the master. The student is saying things like fart and shit, and the master condemns him for it. But later on, the master finds himself describing something and in no other way could he describe it besides using foul words. Therefore, he got into the position of the student.

Also, there is a story about Da Mo when he first went to Shaolin. He was meditating when a monk walked by, saw mud, and said, “Don’t let the mud get on you. It’s dirty and will defile you.” But then Da Mo said, “Yeah, but the lotus plants grow out of the mud. So, if mud can produce something so beautiful, how can it be foul?”

Curse words can be considered dirt. If the word gets the message through, then it’s not a negative word. Making the point clearer is what words are for.

What have you found most personally fulfilling in your career?

I appreciate the records I sell, because it helps my life. It helps my family, helps my Wu Tang family. But I feel more artistically fulfilled when kids come up and say they read my book. That hits me in the heart.

So the fulfillment is about bringing something more meaningful to the next generation?

Yeah. People say that with your music, you can change the world. And I agree with them on that, but we really get into the bone marrow of somebody by showing them the proper path. Helping them make that right decision. Helping them survive conflict. That’s a blessing. And that is something I would love to be a part of.

Listen to an alternate, audio version of this interview:

The Heart Sutra Ain’t Nuthin ta F Wit: An interview with The RZA — Recorded back when Lion’s Roar was known as Shambhala Sun, the producer and rapper behind the Wu-Tang Clan talks about what he calls Buddhism’s “dopest verse” — and, the idea of Right Speech in a musical genre that some might have a hard time defending.