Only three steps of the Buddha’s noble eightfold path are explicitly about ethics. But look more deeply, says Ven. Bhikkhu Bodhi,
and you’ll discover that ethics are at the heart of all of them. 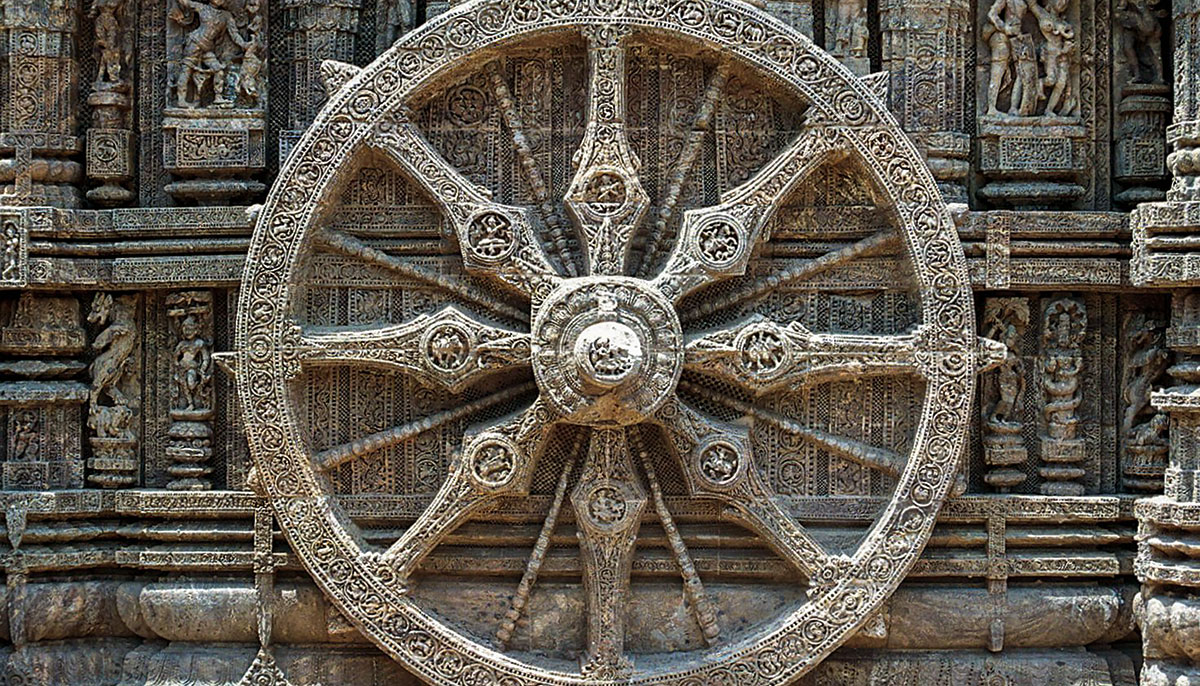 The Buddha called the noble eightfold path “the way to the cessation of suffering,” and he included each factor in the path precisely because it serves this end.

The eight factors that lead to the end of suffering are often divided into three sections, corresponding to the three phases of Buddhist training. Right view and right intention are assigned to the wisdom group. Right speech, right action, and right livelihood to the ethical group. Right effort, right mindfulness, and right concentration to the concentration group.

While the training in ethics in a narrow sense comprises the middle three factors of the path, an ethical orientation pervades the path from beginning to end.

The ultimate task of the eightfold path is to eradicate the defilements that sustain bondage to samsara.

The standard analysis defines right view as knowledge of the four noble truths, but other definitions of right view give it an ethical slant. In Majjhima Nikaya 9, the Buddha’s disciple Sariputta explains right view as including the ability to distinguish between the unwholesome and the wholesome. The unwholesome consists of the ten ways of bad action, rooted in greed, hatred, and delusion. The wholesome consists of the ten ways of good action. These arise from nongreed, nonhatred, and nondelusion, which can be expressed more positively as generosity, good will, and wisdom.

In Majjhima Nikaya 117, the Buddha calls right view “the forerunner” of the path. It is the forerunner because it distinguishes between wrong speech, wrong action, and wrong livelihood and right speech, right action, and right livelihood. The assignment of right view to this preliminary role in ethical formation brings to light the Buddha’s insistence on clear understanding as the key to upright conduct. By shedding light on the role of each path factor, right view steers us away from the two pitfalls of moral recklessness and dogmatic tenacity, keeping our feet on the middle path.

The ethical orientation of the path is reinforced by the second factor, right intention, which arises from right view. Right intention is defined as the intentions of renunciation, good will, and nonharming, which are respectively opposed to sensual craving, ill will, and harmfulness. Right intention in turn serves as the motivation for adopting the next three factors—right speech, right action, and right livelihood—which constitute the ethical training in the narrow sense. Each of these three governs a particular domain of human activity.

The third, right livelihood, is explained as abstaining from wrong livelihood and earning one’s living by right livelihood. This definition is obviously circular, but other texts make explicit the specific types of livelihood to be avoided. Among them we find dealing in living beings, poisons, weapons, intoxicants, and meat. Under contemporary conditions, the forms of wrong livelihood could be vastly expanded.

In the formulas for the noble eightfold path, the ethical factors are usually defined negatively, as abstinence from unwholesome bodily and verbal action. This, however, is a minimal explanation emphasizing the formal side of ethical training. Other texts highlight the positive virtues corresponding to these principles of restraint. For instance, the counterpart to nonkilling is maintaining a mind of compassion toward all living beings; the counterpart to stealing is honesty; the counterpart to false speech is commitment to truthful communications.

Meditation is a process of gradual mental purification, of restraining and eliminating mental defilements. This means that moral conduct and meditative practice are intricately interwoven, each strengthening the other. Since immoral conduct arises from unwholesome states of mind, in the practice of meditation the focus turns from the outer domains of action to the defilements themselves and to the task of allaying the inner sources of turmoil, conflict, and confusion buried deep within the mind.

This collaborative endeavor comes to fulfillment in right concentration, which begins with the temporary suppression of the five hindrances. The first two of these, sensual desire and ill will, are the primary sources of immoral conduct and the roots of the suffering that results when we overstep the bounds of ethics.

Meditative concentration and insight in turn bend back and help to purify moral conduct. The Buddha teaches that our actions should be guided by reflection, which is sharpened by the calm and acuity developed in meditation practice. Before we act, he says, we should consider the impact of our actions: will they lead to our own harm, the harm of others, or the harm of both? Will they lead to benefit? If we see they entail harm, we should desist from them. If we see they bring benefit, we should undertake them. Such reflection again brings together mindfulness and right effort, coordinated under the supervision of right view.

The starting point for moral reflection is the principle of taking oneself as the criterion for determining how to treat others. We each cherish our own life and are averse to injury and death; thus we can see that we should not kill. We each cherish our own belongings; thus we should not misappropriate the belongings of others. We each want to trust the words of others; thus we should not lie. This line of reasoning justifies the principles of good conduct embedded in the eightfold path.

But conformity to ethical norms has other purposes apart from those determined by a narrowly moral point of view. The Buddha emphasized that our intentional deeds create karma, a potential to bring forth karmic “fruits” that correspond to the ethical nature of our deeds. Our karma determines our destiny. Immoral deeds create bad karma, capable of generating rebirth into realms of misery and obstructing moral and spiritual progress. Wholesome deeds generate good karma, capable of bringing a fortunate rebirth and facilitating progress toward liberation. Progress along the path therefore depends on adopting an ethical way of life.

For those who seek to reach the higher stages of the path in this life, ethical conduct serves as the indispensable basis for developing concentration and wisdom. The ultimate task of the eightfold path is to eradicate the defilements that sustain bondage to samsara, the cycle of repeated birth and death, and thereby open the door to the deathless state, nirvana.

The defilements are the locks on the door to liberation. They are divided into three layers—transgression, obsession, and latency, each successively subtler. At the transgressive layer the defilements motivate unwholesome action; at the obsessive, they bubble up into the mind and govern our thoughts and emotions; at the latent level, they lurk quietly in the background waiting for the chance to strike.

Ethical conduct prevents the defilements from erupting in verbal and bodily actions that rattle the mind and cloud the capacity for clear cognition. This helps to weaken the obsessive stage of defilements through the development of concentration, and to cut off the latent defilements with the sword of wisdom. With the defilements cut off at the root, the door to nirvana swings wide open.

Ethical propriety, however, applies not only to the disciple on the path, but also to those who have won the goal, the arahants (Sanskrit: arhats). Unlike those spiritual systems which hold that the liberated person is free from the constraints of conventional morality—the “holy madman” or “saintly scoundrel”—early Buddhism sees the arahant as a model of ethical propriety. Arahants no longer have to walk the path, but they remain intrinsically endowed with the eight path factors, now augmented by right knowledge and right liberation. This means that the arahant’s behavior is morally flawless, ever correct in speech, action, and livelihood. Their conduct not only expresses their own liberation from defilements, but entitles them to serve as examples for others, worthy of the world’s veneration.