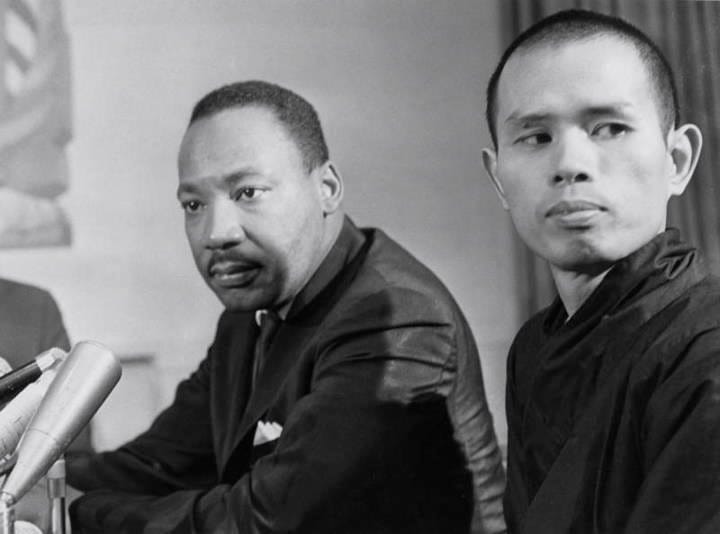 Thich Nhat Hanh has been chosen to receive this year’s Pacem in Terris Peace and Freedom Award. A representative of Nhat Hanh, along with 120 monastics in his order, will accept the award on his behalf on October 31 — the 50th anniversary of the same honor being granted to his friend Dr. Martin Luther King, Jr.

Given annually since 1964 by Davenport Catholic Interracial Council, the Pacem in Terris Peace and Freedom Award is a Catholic peace award in commemoration of Pope John XXIII’s 1963 encyclical letter Pacem in terris (Peace on Earth). The award is given, “to honor a person for their achievements in peace and justice, not only in their country but in the world.”

Dr. King recommended Thich Nhat Hanh for the Nobel Peace Prize in 1967 saying, “Nhat Hanh has… traveled the world, counseling statesmen, religious leaders, scholars and writers, and enlisting their support. His ideas for peace, if applied, would build a monument to ecumenism, to world brotherhood, to humanity.”

Thich Nhat Hanh suffered a stroke last November and in July he was taken to California for rehabilitation.