When we’re bored, we’re uncomfortable with our basic state of being. That’s kind of scary, says Josh Korda, who dares us to look directly into our boredom. Photos by Adrien Leguay. 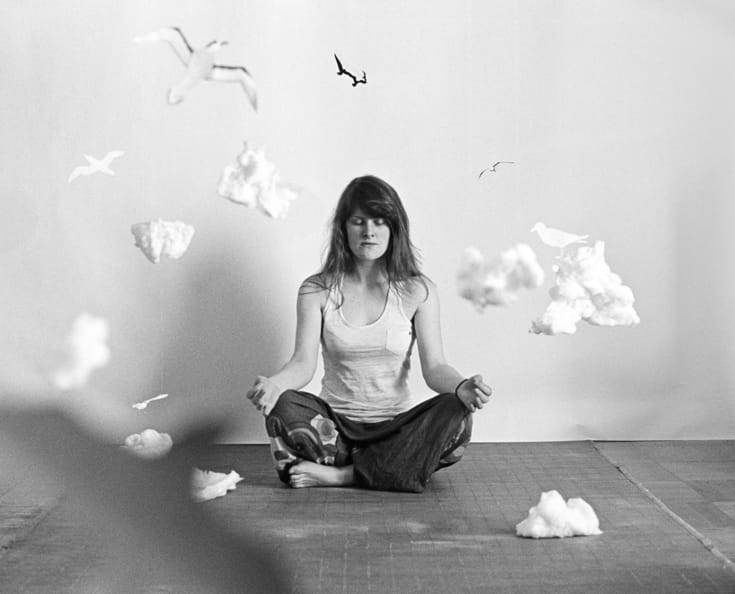 Boredom is a familiar state of mind, but we’re very uncomfortable with it. We associate it with restlessness and emptiness. Culturally, boredom is shunned. It’s blamed for things like addiction and teen violence. We abhor it. If somebody says, “How’s it going?” and you say, “Meh, I’m a little bored,” you’re failing. You haven’t filled your life with enough fizzle and distractions and motivations.

You would think that the concept of boredom had existed for millennia, and that spiritual texts would have lots of passages about boredom. And yet, the word was used for the first time by Dickens in the 1850s. Before then, there is no concept or word that comes close to our idea of boredom.

Some theorists believe that the idea of boredom arose when the upper class started profiting off of the labor of the working class and developed a surplus of free time. But if you look back through history, free time was in abundance in the Middle Ages and earlier. The peasants of the Middle Ages had far more free time than we do today.

The more we take boredom apart, the more interesting it becomes.

Perhaps the experience of boredom arose with the appearance of mass-produced distractions: broadsheets, tabloids and newspapers, radio, television, and — finally — the internet. The dharma asserts that the moment we start chasing something, we create its opposite. “Left” only has meaning if there’s a “right.” When we chase happiness, we create the idea of sadness. When we chase distractions, we become acutely aware of the times they aren’t present — we become easily bored. 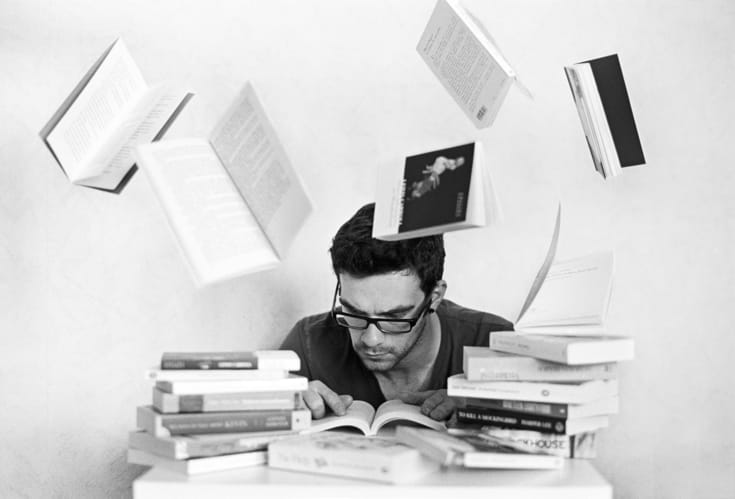 Face-to-face contact provides the foundation of human happiness, resilience, and well being. Without direct connection with others, we become increasingly vulnerable to mood swings and delusion. In earlier times people sought meaning and connection through village squares and social gatherings. Today, we increasingly seek others through digital forms of communication like texts, tweets, and emails, where there is no other person physically present. Texting triggers a release of dopamine, the chemical in the brain associated with pleasure and reward; this makes us feel powerful and safe. But our smartphones only provide a simulation of human connection.

As a result, we have an underlying feeling of dissatisfaction and anxiety, which in turn can evoke cravings for stimulation. So we seek the new and the intense. When there’s nothing stimulating, flashy, and distracting, we experience the baseline state of existence as uncomfortable.

If you think about that, that’s kind of scary.

There are three underlying physical and mental experiences that the dharma refers to as vedana, or feelings: discomfort, or dukkha; comfort, or sukkha; and, in between, there’s neither comfort nor discomfort, just neutral — or “meh.” In the neutral state, we’re most prone to winding up lost in thought.

If you’re in pain and you move to a neutral feeling, what does that feel like? It feels great! I once had a kidney stone, and — believe me — when that passed, getting back to normal day-to-day life felt utterly fantastic.

But what happens when you come back to normal life after pleasure and distraction? It feels boring! Where’s my fun!? Where’s my text!? Where’s the party!? Where’s the action!? This was supposed to be stimulating!” We find ourselves averse to our underlying condition. It’s no longer pleasurable to just be alive. Being becomes something that we have to escape from.

The goal of spiritual practice is liberation from the addictive cycle of samsara, from the idea that happiness is outside of ourselves. To be free is to not be chained to anything. And yet, more and more today we tie ourselves to distractions — to text messages that offer the illusion we’re connected to other people when we’re actually becoming more distant.

The Buddha’s practice with discomfort is to turn toward it, to investigate it, to look beneath it — to really take it apart and examine what’s present. The more we take boredom apart, the more interesting it becomes.

The first element of the Buddha’s practice with discomfort starts by investigating a feeling we don’t like to feel: an underlying agitation, edginess, or vulnerability. If we avoid that feeling, it becomes less and less tolerable over time. Mechanics check an engine by putting it on idle and seeing how it runs. If we do that same thing with our minds, and just look at what’s there, we see that boredom is just a bunch of tingling and a bunch of energy in the body.

We don’t like to sit with boredom and investigate it. But when we unpack it, it’s just a bunch of little sensations asking for our attention. Maybe boredom arises due to an underlying sense of insecurity, vulnerability, or loneliness. Maybe it arises when you’re with other people. Maybe it arises when you’re alone. If you never felt safe as a child, boredom might hold the remnants of that feeling. When we feel boredom as it manifests in the belly, in the chest, in the shoulders, in the forehead, we can begin to attend to these feelings. 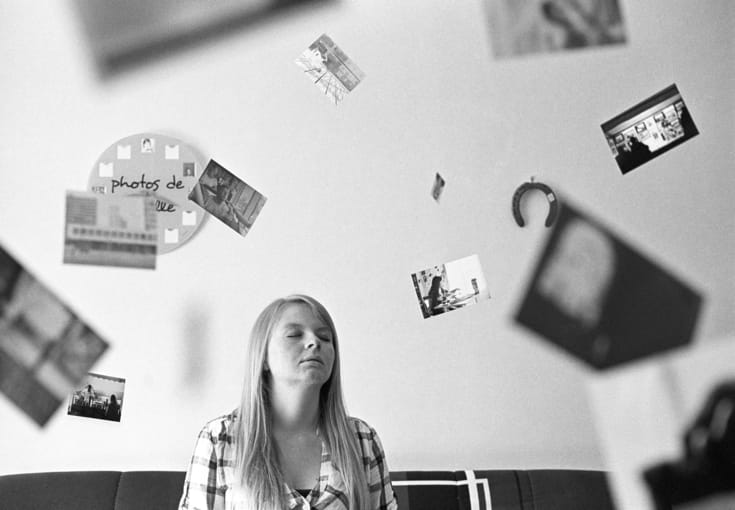 Boredom is often felt when we start to experience the underlying sensations of loneliness and vulnerability. The more we attend to these sensations and observe them with interest, the more we can accept what previously felt boring. This creates a sense of ease in life. And we can begin to attend to some really deep stuff that’s hidden beneath those feelings. We can begin to finally attend to these feelings as they manifest themselves in our day-to-day life. When we run away from boredom, we are running away from ourselves.

(Here’s a trick for when you get bored during long meditations: pretend you just sat down for your sit, and once again scan your body’s sensations as if for the first time during that meditation.)

The second element of the Buddha’s practice with discomfort is to investigate not only our feelings, but our stories and reactions. When we’re feeling bored, there’s this reaction: something’s wrong. Then, feeling that reaction, the mind starts throwing up thoughts and stories about boredom.

The portal to the greatest wisdom and happiness very often can be where we feel restless, anxious and bored.

Without those stories, there can be a feeling that nothing gives us any core purpose or identity, that we’re empty. That’s one of the things the Buddha uncovered: there is an emptiness in your mind once you let go of everything else. As we investigate the absence of newness, and go into the silence, we begin to find that the whole self-process of identity-building and telling stories about ourselves falls away. But instead of being frightening, it is actually pleasurable, whereas maintaining a story about “who I am” is a chore that keeps us moving around and never settling.

Another big illusion that we should investigate is the idea that if we’re bored, it’s a problem with the world. We’re not surrounded by enough good things or good people.

When we really turn towards what’s happening within and investigate the mind, we find that rather than it being a problem with the world, it’s just a problem with the way we relate to certain experiences. Certain people, when they appear, we immediately become sluggish, we stop trying, we stop putting in an effort to opening. We begin to push away.

How to determine what is boring

It’s interesting that the Western philosophers who are most similar to the Buddha are the existentialists. They all were really fascinated with boredom and ennui — also a modern concept. Kierkegaard and Camus saw Sisyphus — the Greek figure who was destined to push a boulder up a hill forever — as a potential hero. There was great liberation there, they said, because rather than constantly chasing the new, the stimulating, the novel, Sisyphus was given the opportunity to let go of wanting life to be different than it is, wanting to escape old age, sickness, death, frustration, sadness, loneliness: all the stuff that is life. His unique position allowed him to confront the baseline of his existence. Camus said that is when we find our liberation, our true lasting happiness. Rather than needing constantly to find something to lift us out of our feelings of restlessness, we can turn to face that which we’ve not given attention. Ironically, the portal to the greatest wisdom and happiness very often can be where we least expect it, in those times in life where we feel restless, anxious, and bored. 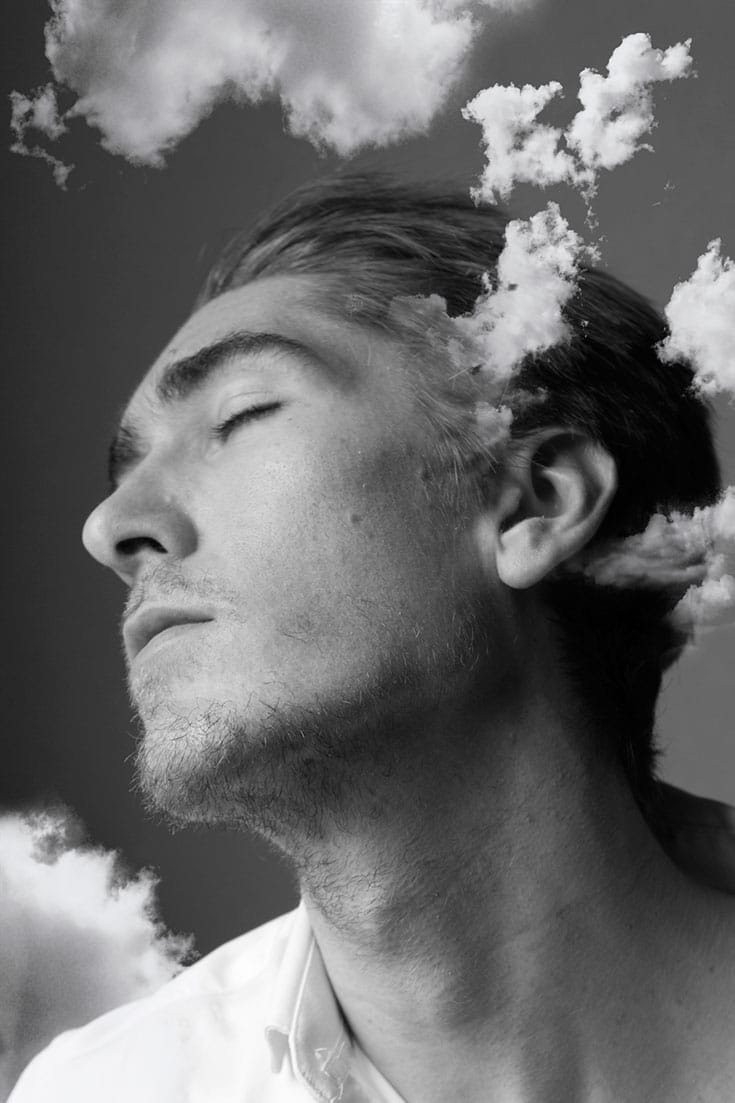 There’s an old saying that goes, “A gossip talks about other people. A bore talks about himself. But a fascinating person talks about you.” Sometimes, before meditation, I see people who are just brimming with life as they’re talking about themselves. Then, when we go into the meditation, they fall asleep immediatelty. That’s a form of aversion. We’re basically turning off. We just don’t want to give interest anymore. But the more we work with it, the more we can find something fascinating in everything.

We determine what’s boring and what’s not boring with the level of interest and investigation we bring to life. The more we can be with everything, and not give up and not turn off, and not stop opening to life, the more we can find liberation and freedom and a sense of letting go.

This article is adapted from a talk given by Josh Korda at Dharmapunx NYC. All of Josh’s talks are available for free at dharmapunxnyc.podbean.com.