A teaching by Thich Nhat Hanh on the truth beyond our usual truths. 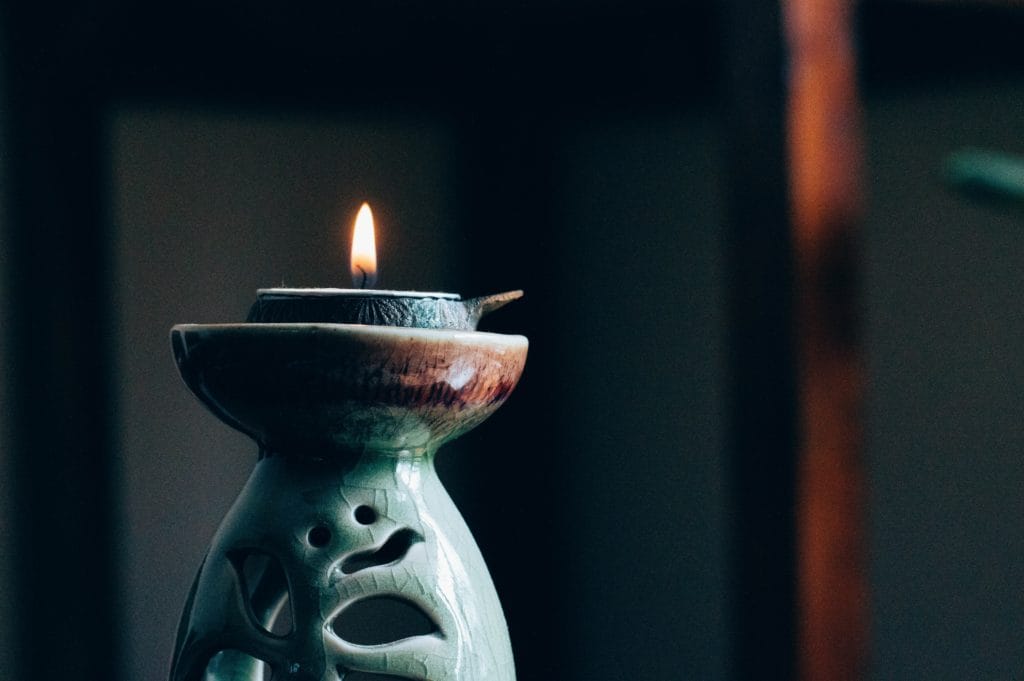 There are two kinds of truth, conventional truth and absolute truth, but they are not opposites. They are part of a continuum. There is a classic Buddhist gatha:

All formations are impermanent.
They are subject to birth and death.
But remove the notions of birth and death,
and this silence is called great joy.

This beautiful poem has only twenty-six words, but it sums up all of the Buddha’s teaching. It is one of greatest poems of humanity. If you are a composer, please put it to music and make it into a song. The last two lines should sound like thundering silence, the silencing of all speculation, of all philosophies, of all notions and ideas.

The gatha begins in the realm of conventional truth and ends in the realm of absolute truth. The first line describes reality as we usually perceive it. “All formations are impermanent.” This is something concrete that we notice as soon as we start paying attention. The five elements that make up our sense of personhood—form, feelings, perceptions, mental formations, consciousness—all are flowing and changing day and night. We can feel their impermanence and so we are tempted to say that the first two lines of this gatha are true.

But the danger of this statement is that we may believe that formations are real and impermanence is an absolute truth. And we may use that kind of truth as a weapon in order to fight against those who don’t agree with our ideas. “Formations” is a notion, an idea. “Impermanence” is another notion. Neither is more true than the other. When you say, “All formations are impermanent,” you are indirectly confirming their permanence. When you confirm the existence of something, you are also implying the existence of its opposite. When you say the right exists, you have to accept the existence of the left. When you confirm that something is “high,” you’re saying something else is “low.” Impermanence becomes a notion that opposes the notion of permanence. So though perhaps it tried to escape, the first two lines of the gatha are still in the realm of conventional, relative truth.

To reach the absolute truth, the ultimate truth, you need to release the conventional truth found there. There’s a Chinese term that means halfway truths and another that means all-the-way, hitting-the-bottom truths. The first two lines are a halfway truth and the third and fourth lines try to remove what we learned in the first two.

When the notions are removed, then the perfect silence, the extinction of all notions, the destruction of all pairs of opposites, is called great joy. That is the teaching of absolute truth, of nirvana. What does nirvana mean? It is absolute happiness. It’s not a place you can go; it’s a fruit that you can have wherever you are. It’s already inside us. The wave doesn’t have to seek out the water. Water is what the wave has to realize as her own foundation of being.

If you have come from a Jewish or Christian background, you may like to compare the idea of nirvana, great bliss, with the idea of God. Because our idea of God may be only that, an idea. We have to overcome the idea in order to really touch God as a reality. Nirvana can also be merely the idea of nirvana. Buddha also can be just an idea. But it’s not the idea that we need; we need the ultimate reality.

In classical Chinese, the third line of the gatha literally says, “But when both birth and death die.” What does it mean by “death dying”? It means you have to kill your notions of birth and death. As someone who practices the way of the Buddha, you have the sword of the Bodhisattva Manjushri, which is sharp enough to remove wrong perceptions and cut through all notions, including those of birth and death.

The true practitioner understands real rebirth, real continuation. There are two views concerning life after death. Quite a number of people, including scientists, believe that after we die, there’ll be nothing left. From being we become non-being. They don’t believe that there is something that continues after you die. That view is called nihilism. In this view, either there is no soul or the soul completely dies. After death, our body, feelings, perceptions, mental formations, and consciousness are completely gone. The opposite view, eternalism, is that after we die, we are still here and we will continue forever. Our soul is immortal. While our physical body may die, our soul continues forever, whether in paradise or in hell. The Buddha called these two views just another pair of opposites.

Before you can answer the question, “What will happen to me after I die?” you need to answer another question, “What is happening to me in the present moment?” Examining this question is the essence of meditation. If we don’t know how to look deeply to what is happening to us in the here and the now, how can we know what will happen to us when we are dead?

When we look at a candle, we say that the candle is radiating light, heat, and fragrance. The light is one kind of energy it emits, the heat is another, and the fragrance is a third kind of energy it can offer us in the here and the now. If we are truly alive, we can see that we aren’t very different from the candle. We are offering our insight, our breath, our views right now. Every moment you have a view, whether about yourself, the world, or how to be happy, and you emit that view. You produce thought and your thought carries your views. You are continued by your views and your thinking. Those are the children you give birth to every moment. And that is your true continuation.

So it is crucial to look deeply at your thoughts and your views. What are you holding on to? Whether you are an artist or a businessperson, a parent or a teacher, you have your views about how to live your life, how to help other people, how to make your country prosperous, and so on. When you are attached to these views, to the idea of right and wrong, then you may be get caught. When your thinking is caught in these views, then you create misunderstanding, anger, and violence. That is what you are becoming in this very moment.

When you are mindful of this and can look deeply, you can produce thoughts that are full of love and understanding. You can make yourself and the world around you suffer less.

You are not static. You are the life that you are becoming. Because “to be” means to be something: happy, unhappy, light or heavy, sky or earth. We have to learn to see being as becoming. The quality of your being depends on the object of your being. That is why when you hear Rene Descartes’ famous statement “I think, therefore I am,” you have to ask, “You are what?” Of course you are your own thinking—and your happiness or your sorrow depends very much on the quality of your thinking. So you are your view, you are your thinking, you are your speech, you are your action, and these things are your continuation. You are becoming now, you are being reborn now in every second. You don’t need to come to death in order to be reborn. You are reborn in every moment; you have to see your continuation in the here and the now.