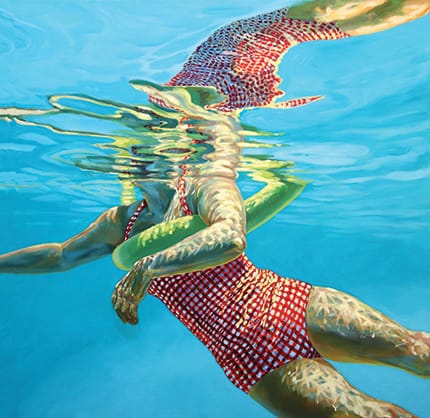 When we enter the path, we are working at the level of relative truth, and with practice we may gain insight into the absolute. But we don’t enter the final stage of practice, says Tsoknyi Rinpoche, until we realize these truths were never separate.

The art and beauty of practicing dharma becomes more and more subtle and profound as we learn the dance of the relative and absolute truths. Since the natural state is timelessly present in both, their indivisibility or inseparability is like a single thread interwoven throughout all the teachings, functioning at every level and stage of practice.

It is important to recognize that practice solely at the relative level, or even at the level of the absolute, is not so difficult when we keep it separate. The real art comes in uniting the relative and absolute in practice.

When we first start practicing, we are typically at the conventional or relative level, which when practiced well can eventually lead to a realization of the absolute. However, the final stage, which we are speaking about here, is the realization of the inseparability of the two. When we talk about this unity or indivisibility, it’s not that we have to somehow figure out how to fit two separate, distinct things together, like gluing two blocks of wood into one piece. That would be forcing a conceptual notion of emptiness to connect to clarity.

In Dzogchen, rigpa, or recognizing mind’s essence, has three qualities or aspects: empty essence, the lucid or cognizant nature, and their indivisible unity. When our meditation practice strays from rigpa, two things can happen: we can overemphasize the empty aspect, causing a kind of blockage, because although it is thought-free, it still involves subtle clinging; there is a kind of stuckness—a lack of naturalness, fluidity, and awareness of the unconfined capacity or totally open nature of genuine rigpa. If, on the other hand, we overemphasize the clarity or lucid aspect, we can become fixated on that and lose the awareness of inner space. Therefore, this subtle art involves unifying the experience of empty nature and lucidity such that the “third” quality of inseparability (the union of emptiness and clarity) may naturally and spontaneously manifest.

The inner space, or empty aspect, is completely free from any of the four or eight philosophical extremes taught with great precision by Nagarjuna and others. It is also free from birth, abiding, and cessation and from the three divisions of time: past, present, and future. It has neither center nor circumference and is completely devoid of all reference points. When the conceptual mind is dropped, there is still a nonconceptual cognizance, which is without reliance or dependence upon conceptual signs and symbols and is aware of its own nature as emptiness, or inner space.

Mind then has two aspects: its own basic nature, which is primordial wisdom, and dualistic consciousness. One way of putting this is that it can either be confused lucidity or the lucidity of wisdom. In either case, the empty aspect is always completely open and free.

In the Tibetan language, this naturally lucid or clear aspect of mind is called salwa, and it is emphasized mostly in the Vajrayana tradition. In the sutra system, the emphasis is more on the empty nature, and of course when we speak about the indivisibility of lucidity and the empty nature, then it is the same for both sutra and tantra. The differences in emphasis are related to where we are on the various stages of the path. In the Vajrayana system, when we talk about the fundamental luminosity of mind, it is described as the vajra heart, and in Dzogchen, it refers to clear light or luminosity. In these teachings there’s more emphasis on the clarity or lucid aspect.

Terminology can be a bit confusing, so keep in mind that the Tibetan word salwa is translated variously as luminosity, lucidity, cognizance, consciousness, knowing, or clarity, depending on the translation and the specific teaching context. But the basic point here is that salwa can either be confused or not, and the empty aspect is always free and open.

Normally our day-to-day experience is at a gross level of consciousness in which there’s no awareness of the inseparability of the empty nature and lucidity. The natural state of mind appears divided, and the natural unity of the two truths is mistakenly separated into seemingly distinct entities of subject and object. However, within that split mind there is a seed of primordial wisdom through which we can realize the indivisibility of the empty and lucid natures. Through the timely methods and direct instructions of a genuine teacher, confused mind is cut through, allowing us to experience a taste of what I call “baby rigpa,” which with continued practice goes through various stages of growth and development.

When we practice rigpa, we become naturally aware of the nonconceptual lucidity and its open nature. It is not something complex; in fact, it is actually quite simple. It involves a subtle shift in our view, because rigpa is there and not there. It’s like rediscovering our true home, which has always been present. It has a kind of naked beauty that is potentially very rich, yet at the same time utterly ordinary—nothing has to change or be modified. Of course, clear and precise language is tough here and much too coarse to describe this essentially indescribable experience.

Experience is dreamlike because appearances are a product of many kinds of causes and conditions temporarily coming together, such that nothing ever remains the same; everything is dependent on other things for its existence and is compounded, made up of many parts. In this sense, appearances are absolutely empty and relatively mere, which in Vajrayana is called “appearances devoid of inherent existence.”

It is not easy to know how things actually exist because our normal everyday experiences seem so vivid and compelling, and everything around us feels real—as if it truly existed independently. We get confused because our limited conceptual mind cannot grasp the view of the absolute, and yet we can use this mind to a certain point in our practices. But eventually we have to shift our practice and include other methods, such as samadhi meditation and contemplation. Through these practices, the conceptual grasping mind recedes, revealing the natural and luminous mind, which has the capacity to know the indivisibility of the two truths, a state of simplicity free from all kinds of conceptual limitations.

It is important to understand what egolessness means at both the relative and absolute levels. Relatively, our mere I exists and functions in the same way as other things merely exist, such as forms, smells, and sounds. We do have a mere I that acts, has relationships, takes refuge, and makes decisions, in the same way that the earth, sky, and water function and have a relative existence. The mereness of things actually allows us to intelligently, compassionately, and creatively engage in the drama of life without a lot of attachment and grasping. It is the light touch: open, fully present, flexible, and gutsy. This I is neither something truly existent (permanent, independent, singular) nor nonexistent—it is simply mere. What is refuted in the dharma is the solid or reified I, not the mere I.

When we try to find the essence, or true nature, of the mere I, we run into problems. No matter how hard we try, we cannot find it upon investigation; this also applies to all phenomena—whether subjective, such as our feelings of self, or objective, such as objects of perception. Even if we look at one of the billions of cells that make up our bodies with a sophisticated microscope, we see that no ultimate or true cell can be located, nor can the label “cell” be found. Any label we apply to the next level of complexity also falls away. We can’t find an object (or subject) that is permanent, singular, or independent. It just keeps changing into smaller and smaller parts swirling into smaller and smaller parts.

In this sense, the deeper we look into what we perceive as reality, the less we find. The opposite is also true: the less we investigate and feel the nature of things, the more solid the mere I and phenomena can feel. A mantra that’s helpful to repeat in situations where we feel hooked by our clinging to phenomena is: It feels real, but it is not true.

The label of mere I is simply an imputation, or conceptual designation, that we make on the basis of the temporary aggregation of parts called the five skandhas. The crux of the problem is that we have a very basic root misconception about all this. Why? Because when we assign an intrinsic or true reality, we reify the mere I (and phenomena) due to our fixating tendencies and habits accumulated over countless lives.

Why does our sense of self feel so real, permanent, and solid? It’s because we have frozen the naturally light, fluid, and open experience of the mere I, creating endless arrays of conceptual boxes. Even when we investigate and see that all phenomena, including the mere I, lack real existence, we typically do not feel it—it remains in the head and can have a cold, arid, lifeless quality that is not fundamentally transformative. The reified I changes with new information but does not transform. We try repeatedly to change our lives and do this and that practice, but we continue to get stuck and frustrated; then we end up going the wrong direction and losing our way. This is because the cognitive mind, so strongly developed and employed in the speedy modern world, can know feelings but does not feel the feelings fully. So like a bird with one wing trying to fly, we don’t get very far.

We need to train and educate the clarity aspect of mind in harmony with the subtle body, the underlying nature of which is essence love. The Tibetan term for essence love is nying-je, which is translated as “noble heart” or “lord of the heart.” It refers to a quality of heart that is completely unconditional and free from all attachment. This kind of love—a spark of buddhanature that resides within all of us—is contrasted with conditional love, which is based on various levels of giving and receiving love. Essence love is the pure feeling within and behind all conditional feelings. Once we connect again and again with this essence love, having cultivated a nonjudgmental mind, our dharma practice can be authentic and life changing. Otherwise there is the danger of using dharma as a kind of pretense, a game of self-deception.

Over time, all of us can learn to dance and feel the rhythms and movements of the heart and the head, wisdom and compassion, thinking and feeling, and ultimately that of the absolute in the relative and relative in the absolute.