Vesak, or “Buddha Day,” fell on May 26 this year. Photographer, author, and Zen practitioner A. Jesse Jiryu Davis documented three Vesak celebrations in New York, showcasing how each adapted their celebrations to mark the birth, death, and enlightment of the historical Buddha amidst the pandemic. 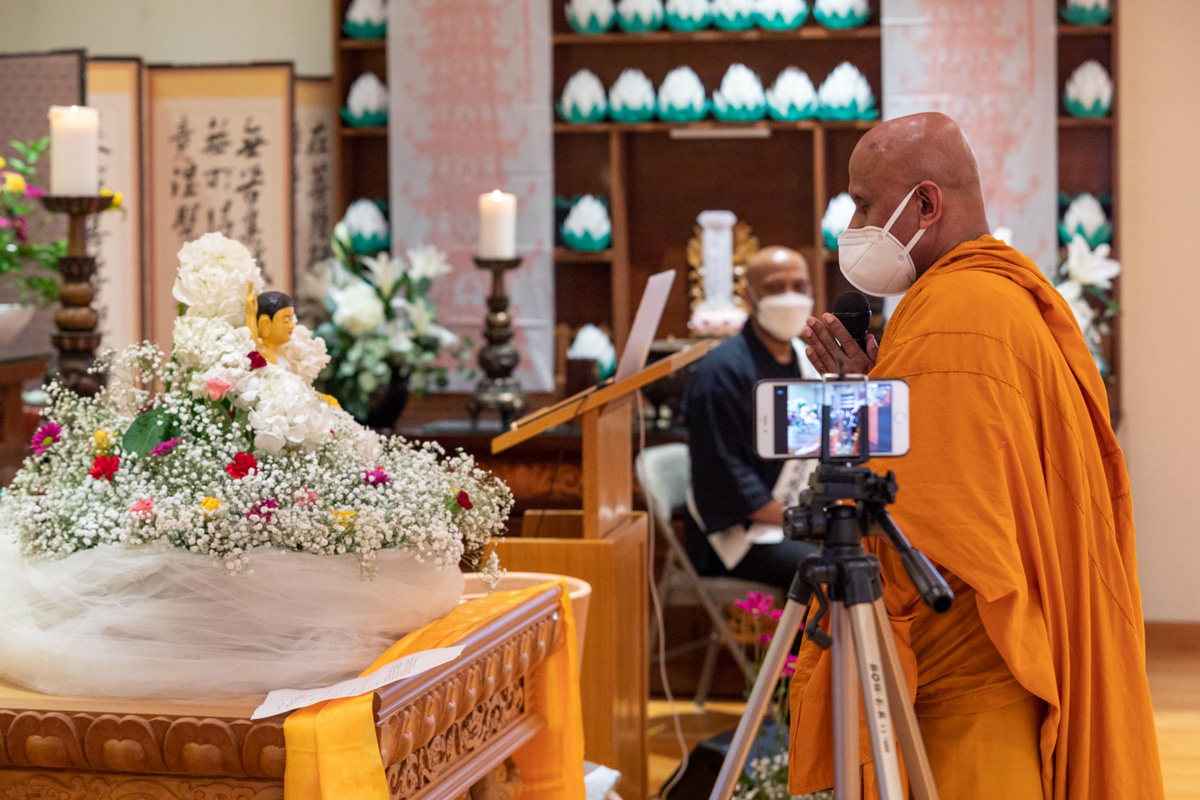 Though schools of Buddhism vary, most celebrate Vesak, or “Buddha Day,” which marks the birth, enlightenment, and death of the historical Buddha. Sanghas celebrated Vesak on or around May 26 this year.

In legend, it’s said that when the Buddha was born he took seven steps, then pointed at the sky and earth and said, “Above and below, I alone am the world-honored one.”  At some celebrations, we place a statue of the baby Buddha in a bowl surrounded by flowers and bathe him. The baby Buddha statue points up and down to remind us of this story.

Vesak expresses the variety and unity of Buddhists around the world.

I photographed Vesak celebrations at three different temples this year: Blue Cliff Monastery in upstate New York, part of Thich Nhat Hanh’s Order of Interbeing; Chogyesa, a Korean Zen temple in the lineage of Seung Sahn Sunim, in Manhattan; and Jung Myung Sa, a traditional Korean temple in Queens, New York City. All three temples have been closed since the beginning of the pandemic in March 2020, but cautiously opened for the first time for Vesak.

Vesak expresses the variety and unity of Buddhists around the world: we come from all lineages and locations, and we have unique cultures and practices, but all Buddhisms descend from the teachings of the same historical Buddha. The ceremony at Jung Myung Sa displayed this unity especially. The celebration was arranged by the New York Buddhist Council, an ecumenical group, and priests from Chinese, Japanese, Korean, Sri Lankan, Tibetan, and North American traditions all participated. 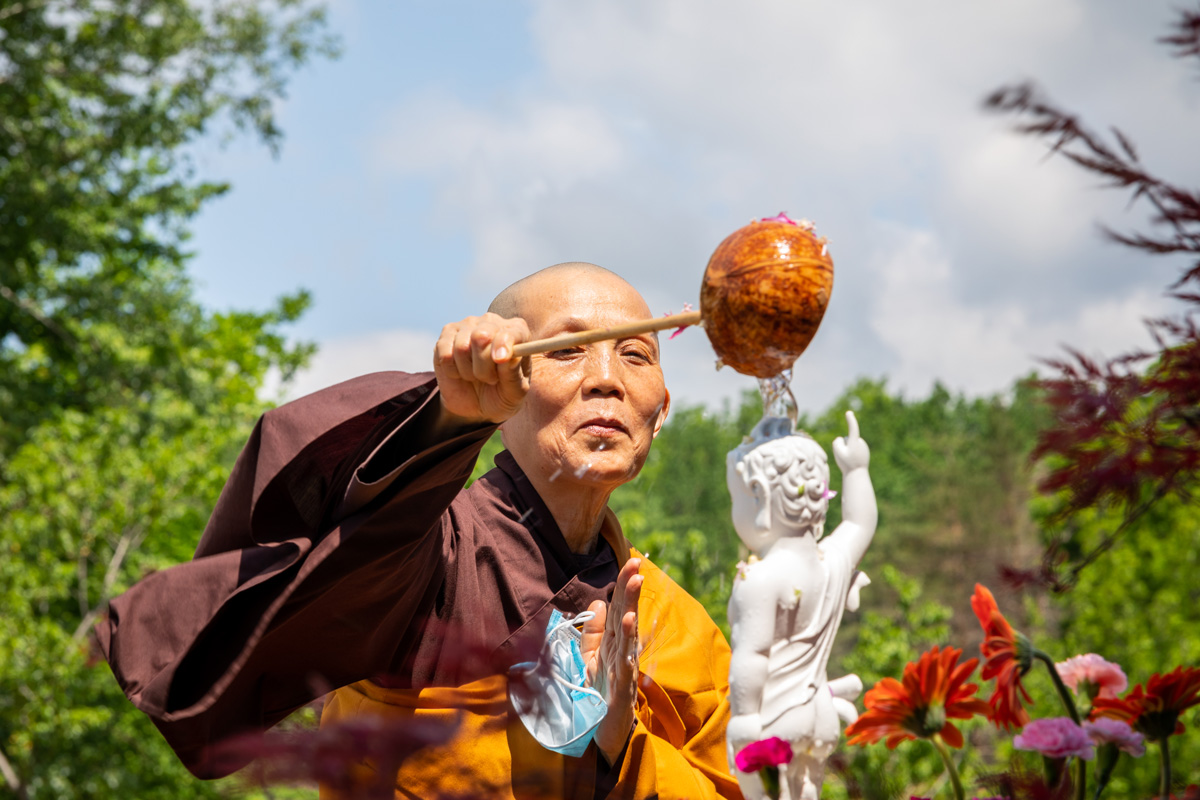 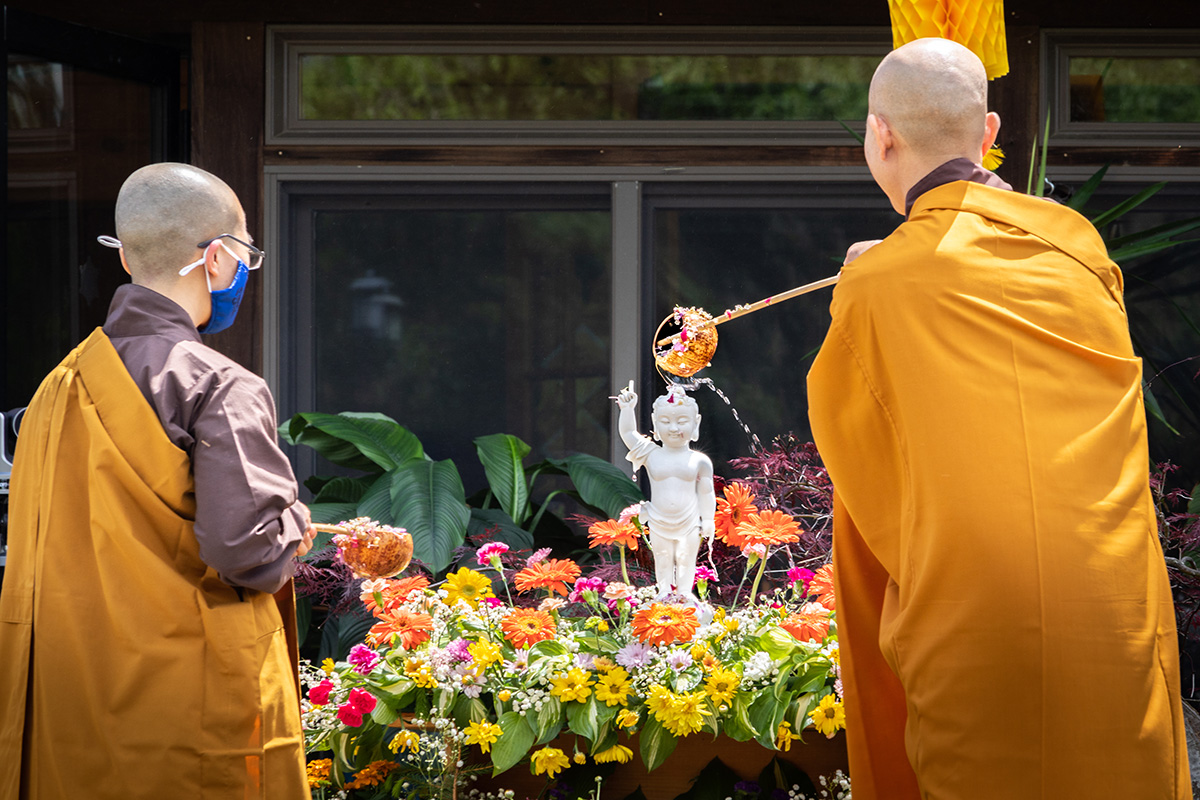 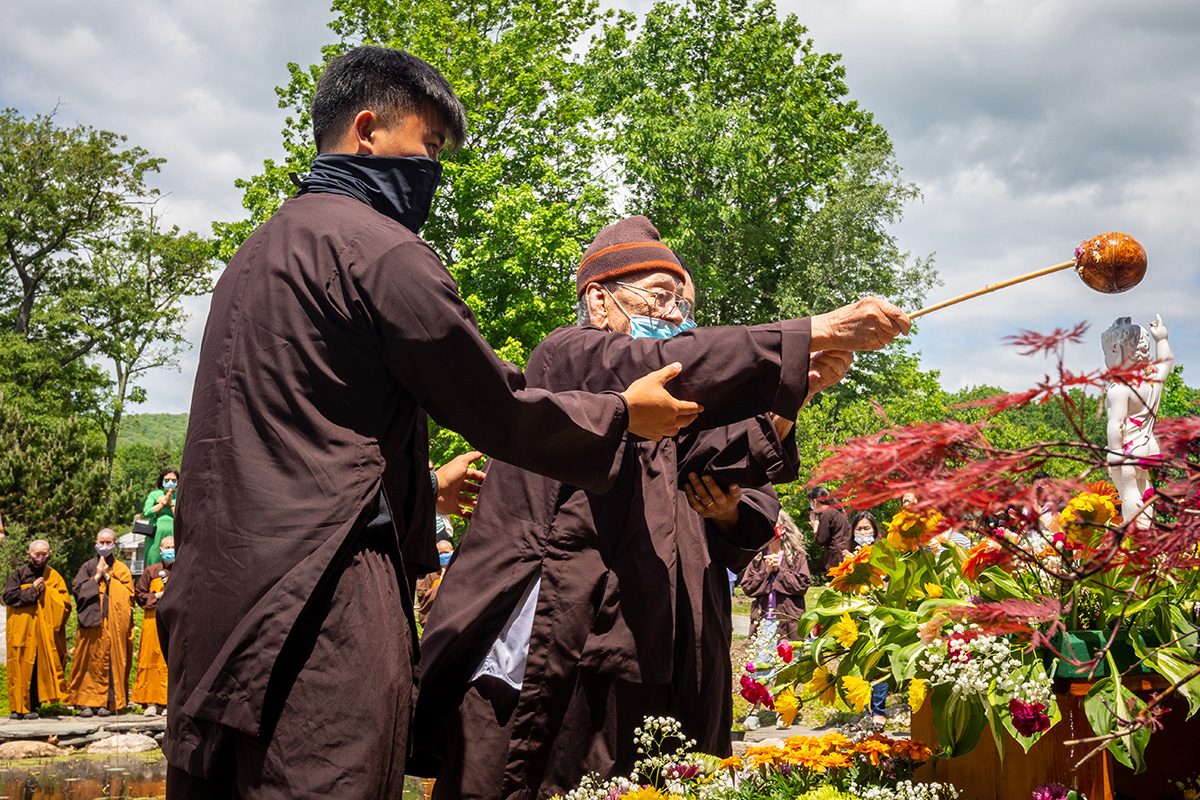 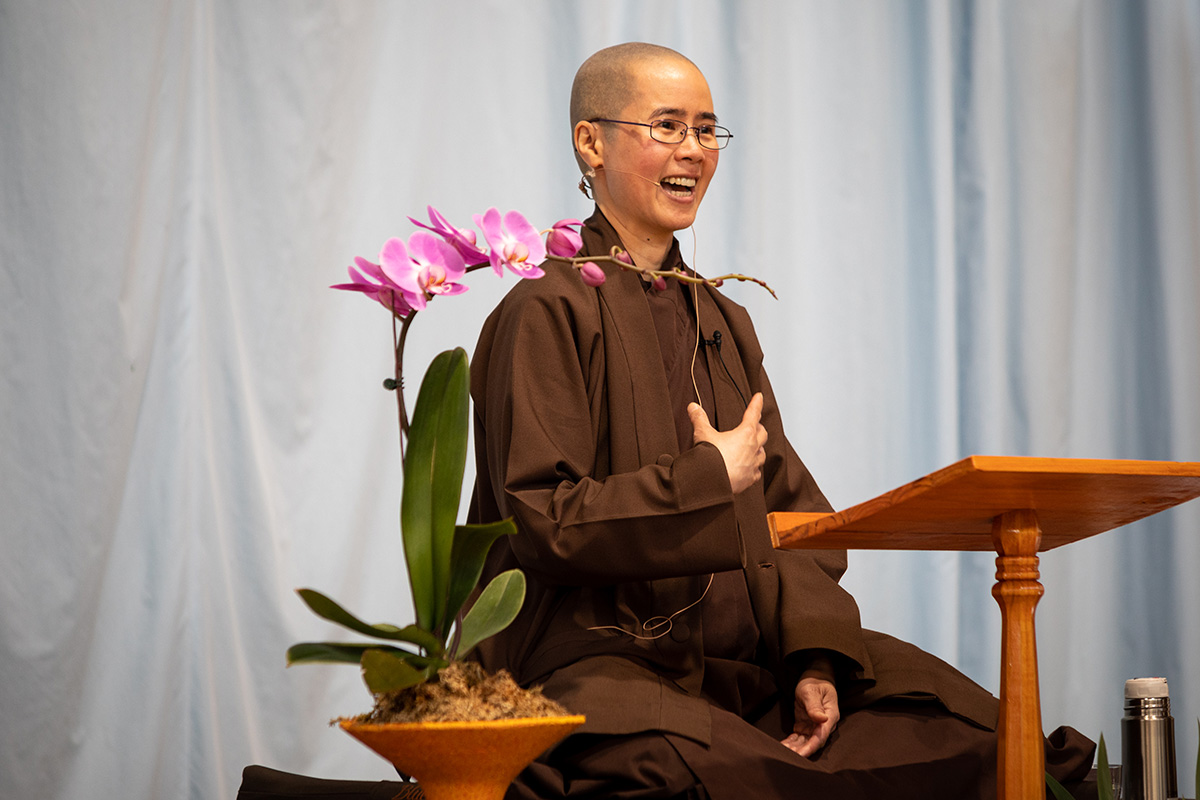 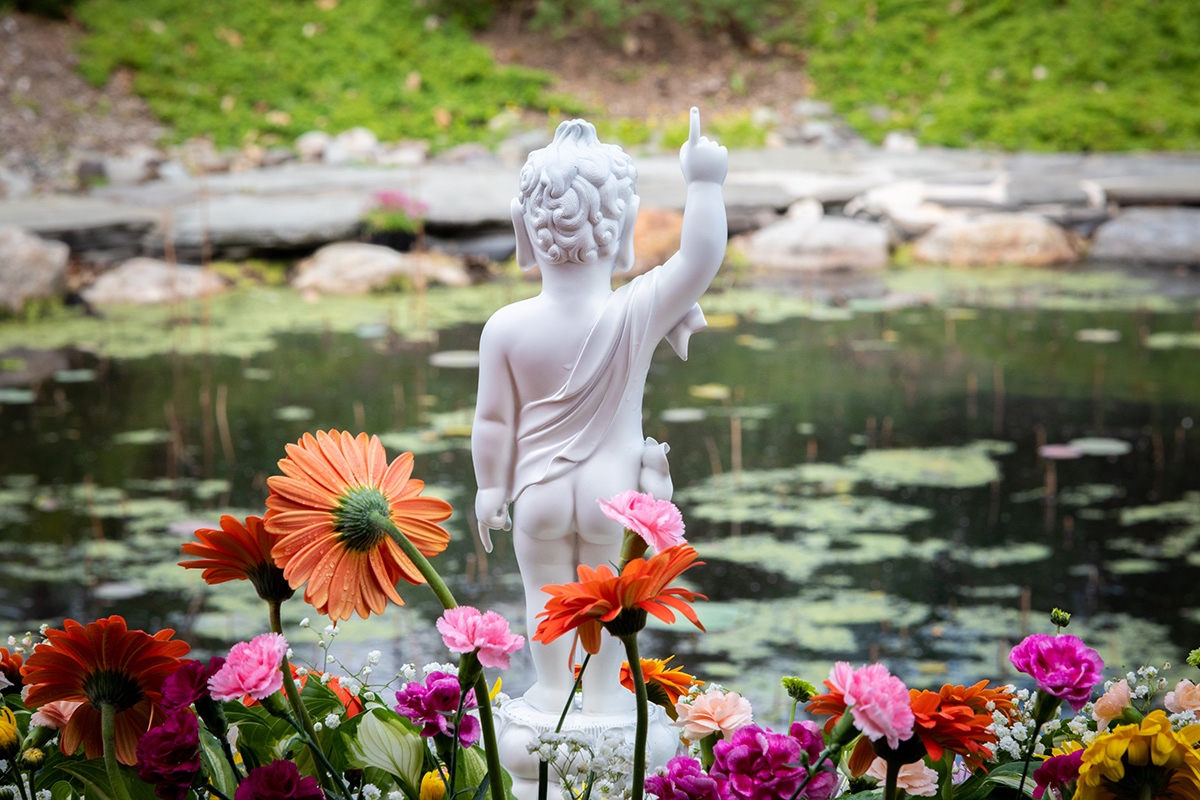 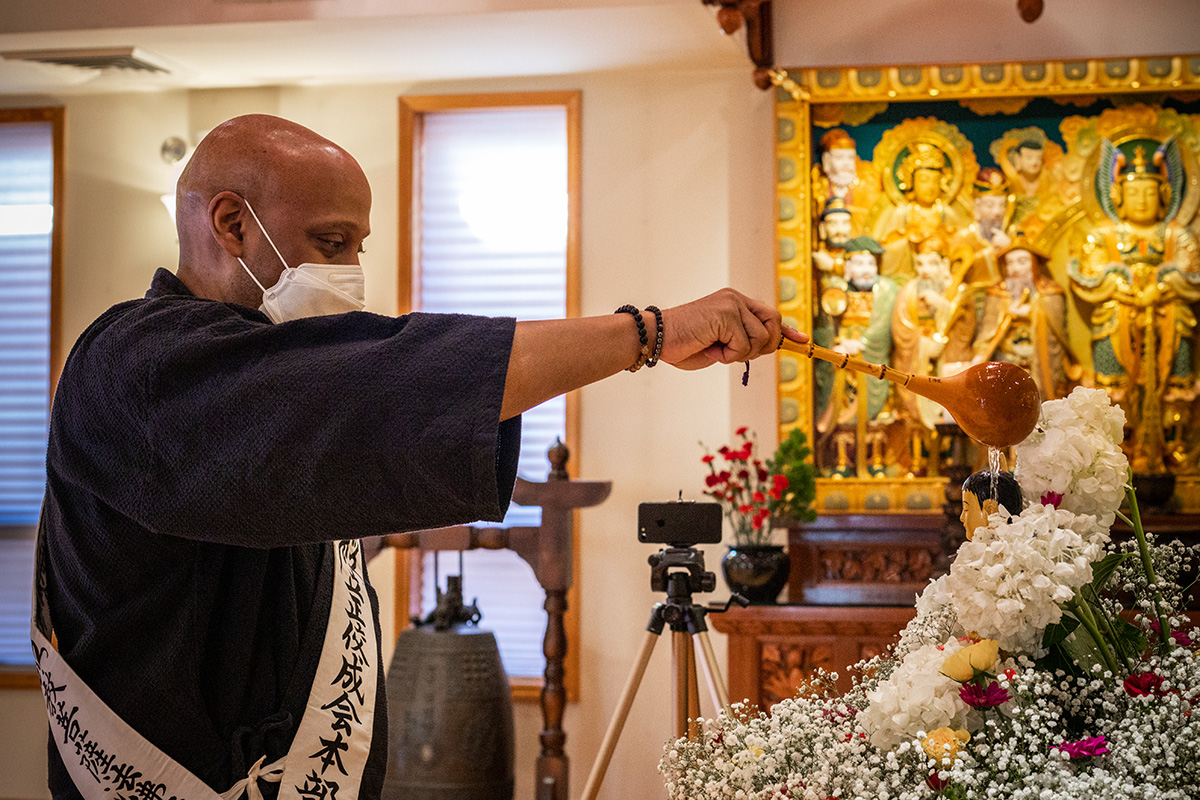 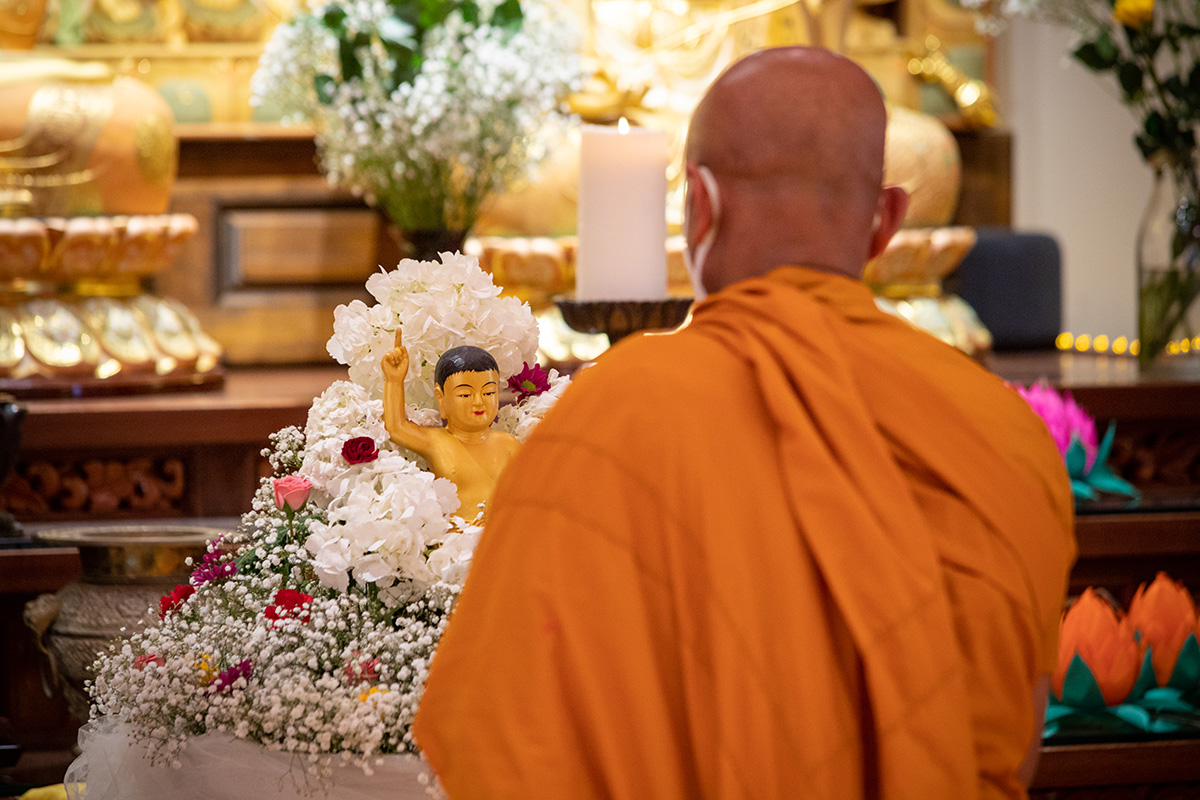 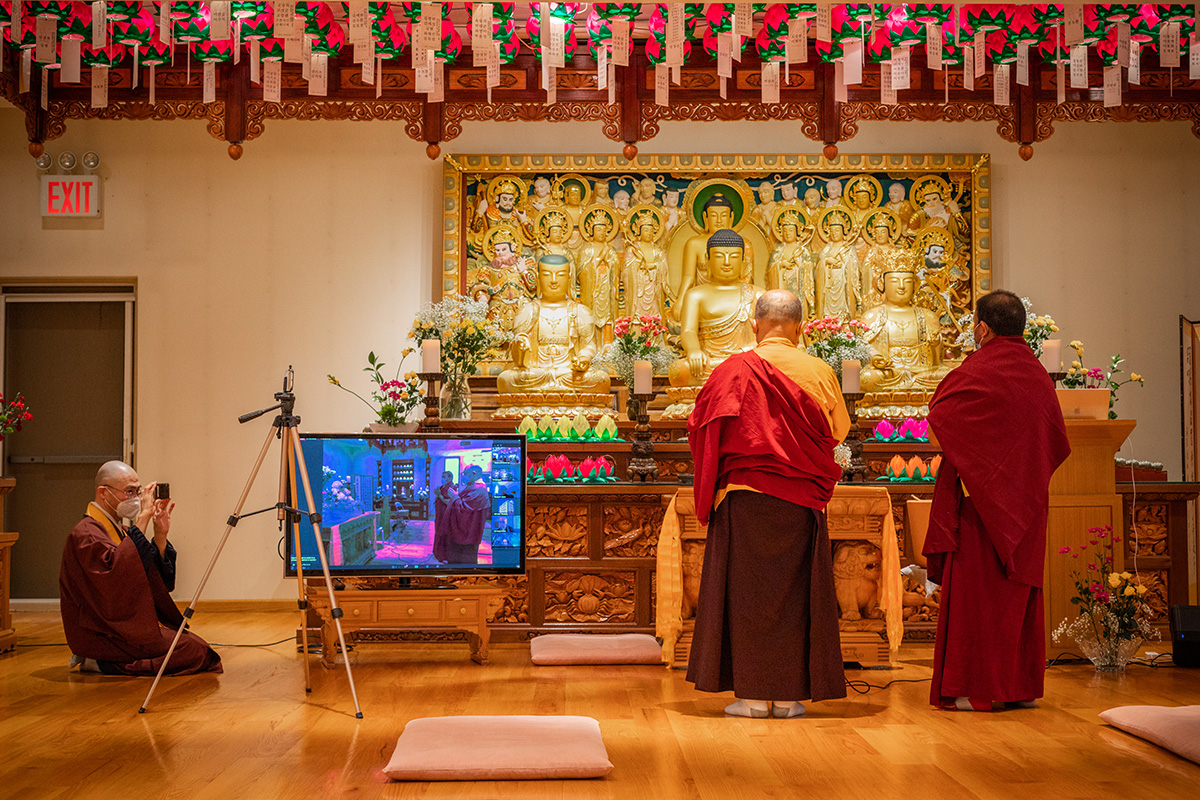 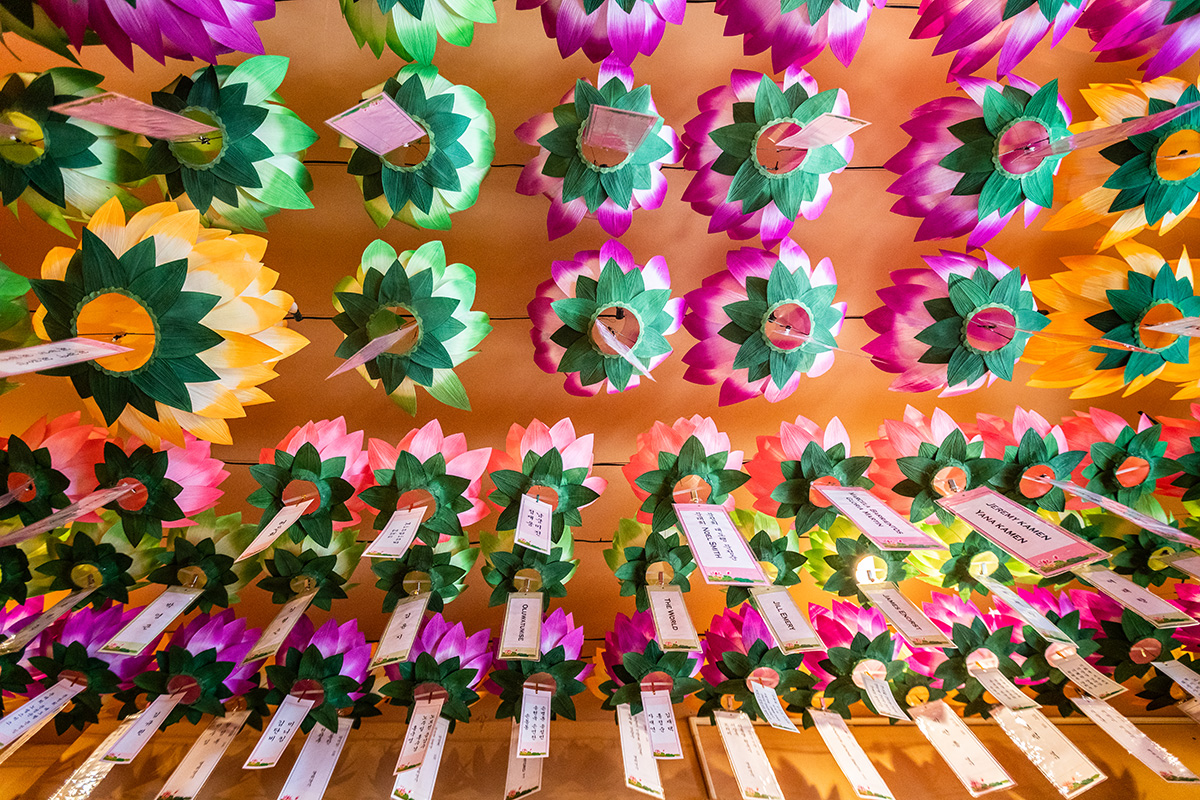 At Chogyesa temple, sangha members hang lanterns from the ceiling, dedicated to their families and ancestors. The lanterns stay until the following year’s Vesak. 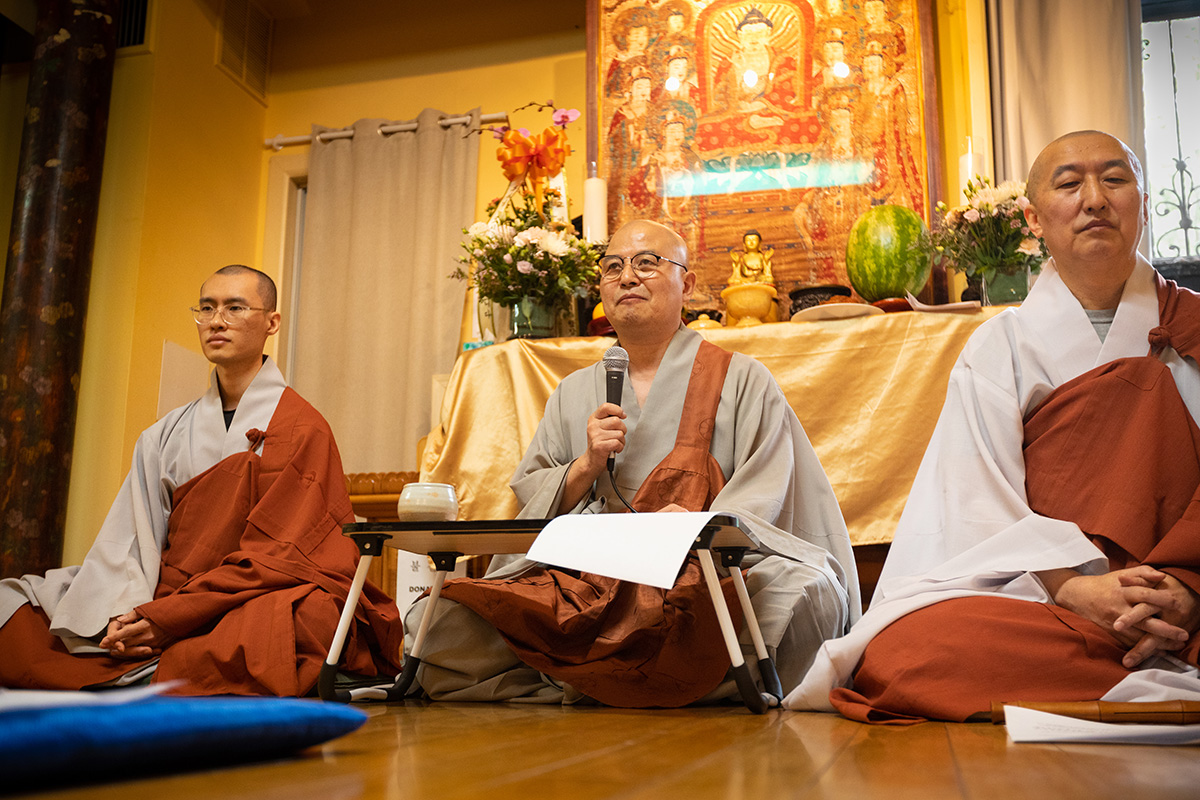 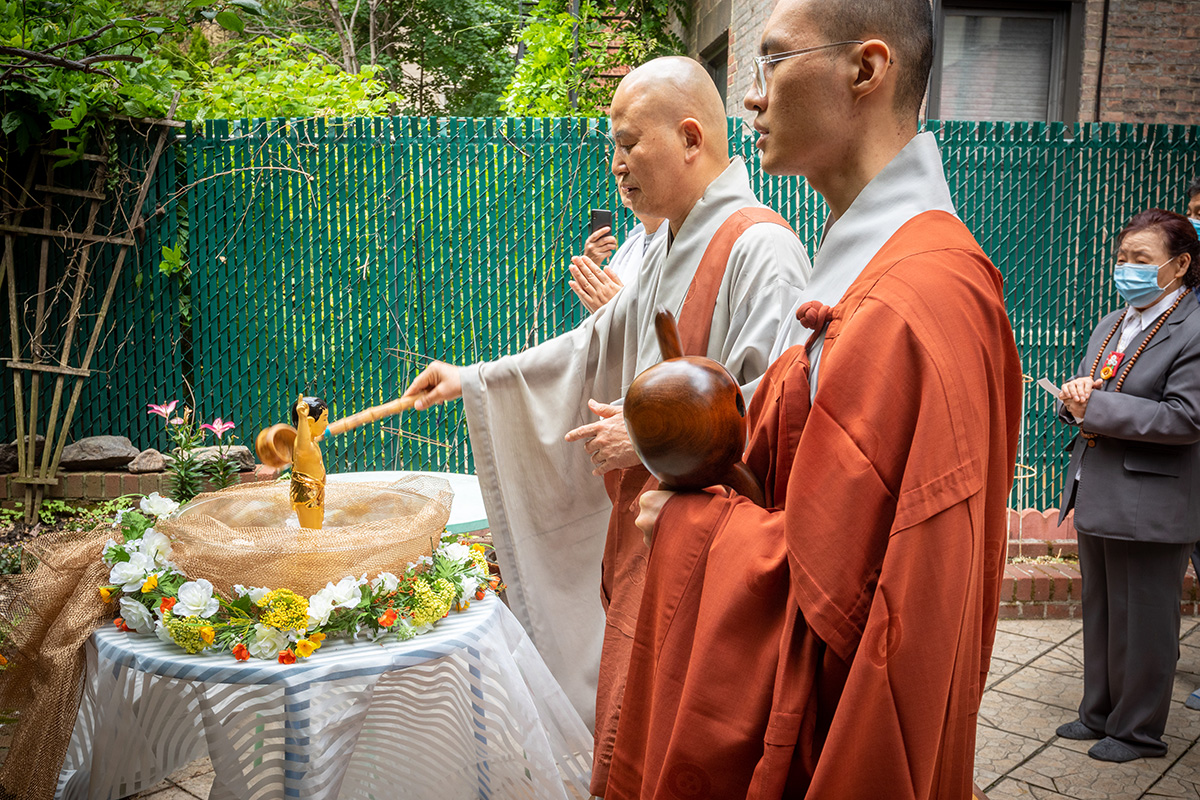 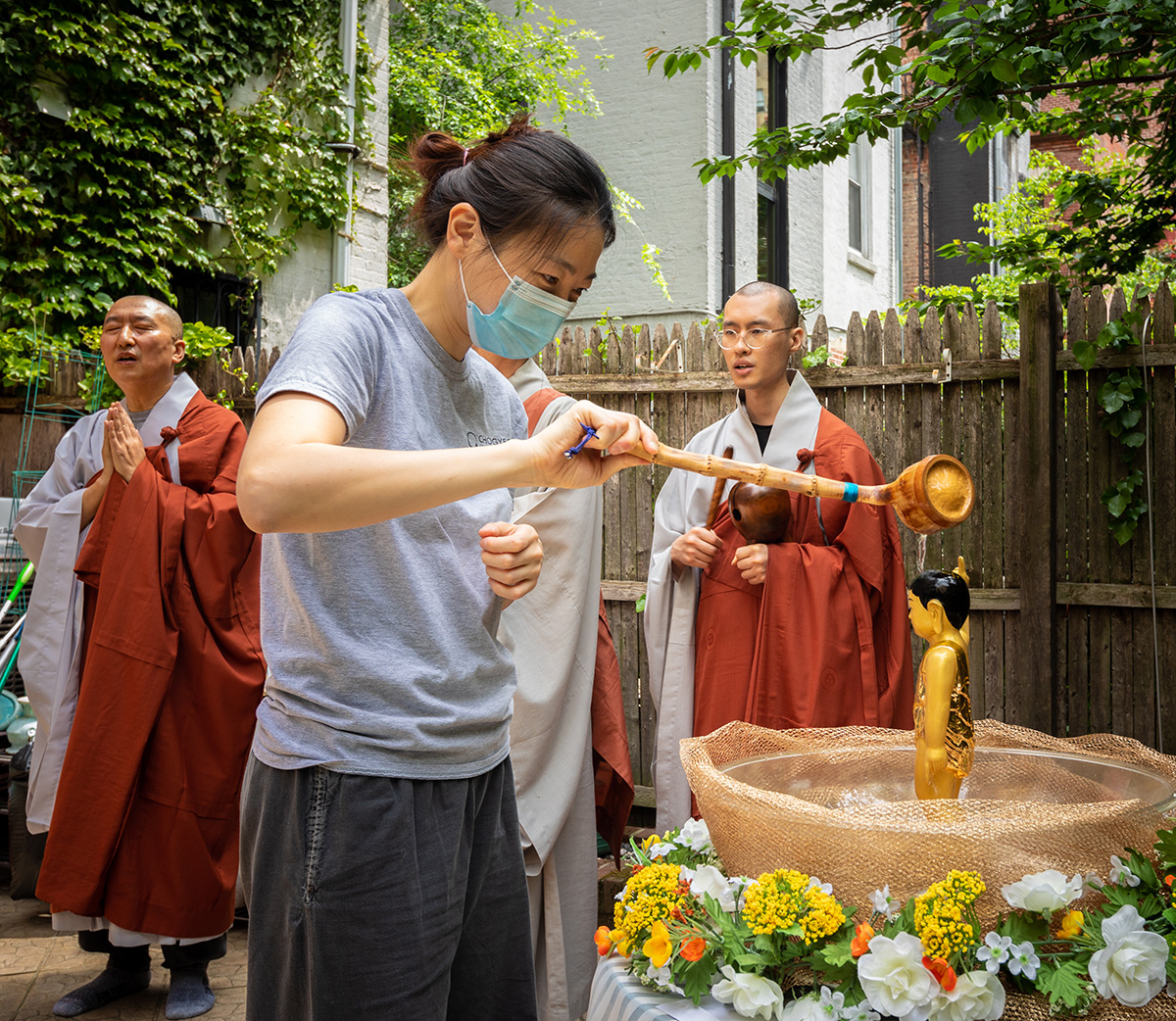 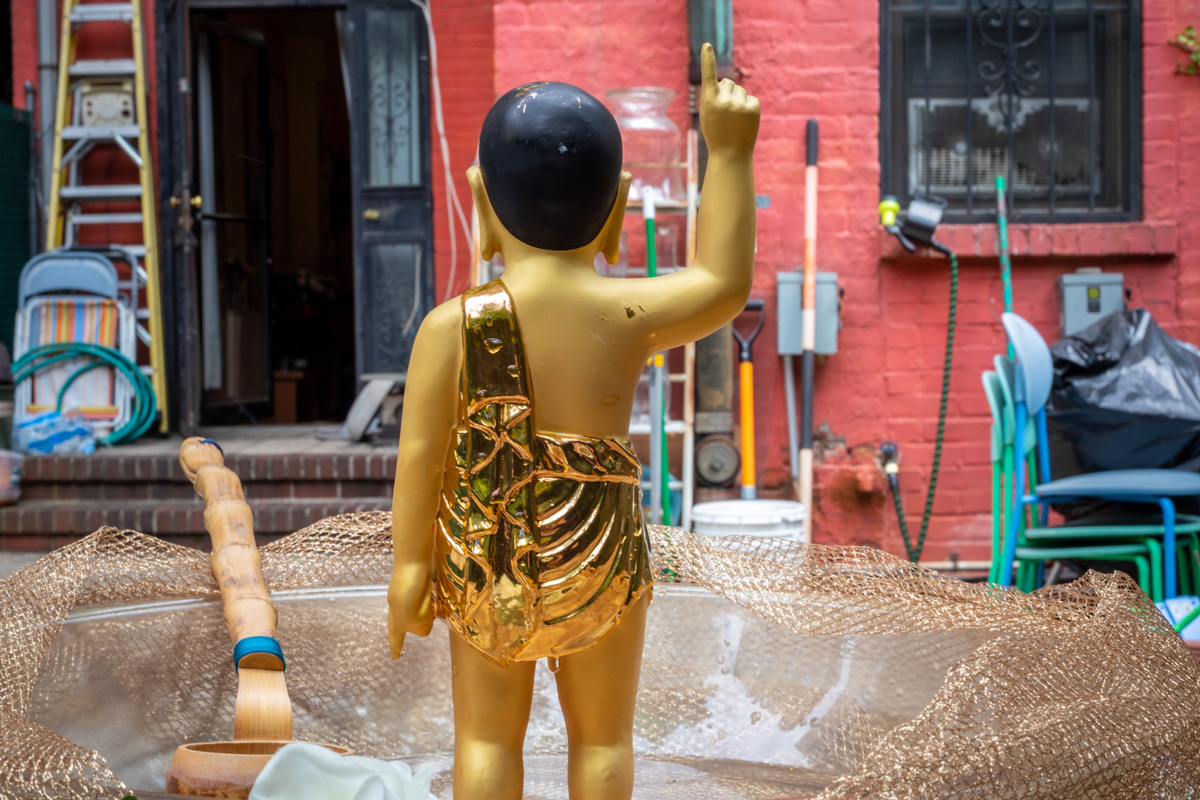