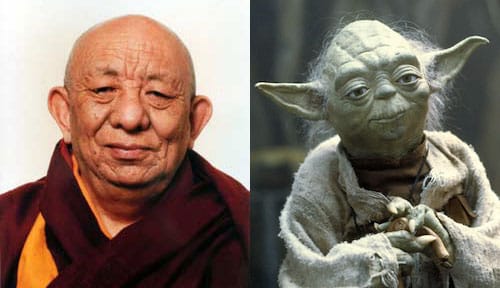 "[Rinpoche] had these deep, deep wrinkles on his forehead; it was the model for Yoda in Star Wars," said Berzin in a talk.

A Buddhist scholar says George Lucas met this Tibetan Buddhist rinpoche and used him as the model for Yoda.

Star Wars is loved by many Buddhists for its hidden Buddhist teachings (more on that in our excerpt from Matthew Bortolin’s The Dharma of Star Wars). But there may be an even more direct connection. According to Buddhist scholar Alexander Berzin, George Lucas traveled to Dharamsala, India, prior to making Star Wars, and met a Tibetan Buddhist teacher named Tsenzhab Serkong Rinpoche, a debate partner and tutor of the Dalai Lama. In “A Portrait of Tsenzhab Serkong Rinpoche,” Berzin — who was a student of Serkong Rinpoche and lived in Dharamsala at the time — writes,

“Tsenzhab Serkong Rinpoche was a massive man – a monk with shaved head, red robes, and a deeply lined face that made him look more ancient than his years. His humble, wise manner and gentle humor made him appear like the archetypal sage of fables. This quality did not escape the notice of Westerners who met him. Upon seeing him in Dharamsala, for instance, the makers of the popular film Star Wars decided to use him as the model for Yoda, the spiritual guide of the epic. Rinpoche never saw the movie, but would undoubtedly have been amused at the caricature.”

An illustrator named Gitoku caught on to Yoda’s monk-like image when he was illustrating old sages and Bodhisattvas. He writes, “I thought, ‘These guys look like Yoda!'” Gitoku put that inspiration into a now-Internet-famous illustration of Yoda in the Zenga style alongside a calligraphy of “No, try not. Do! Or do not! There is no try!” 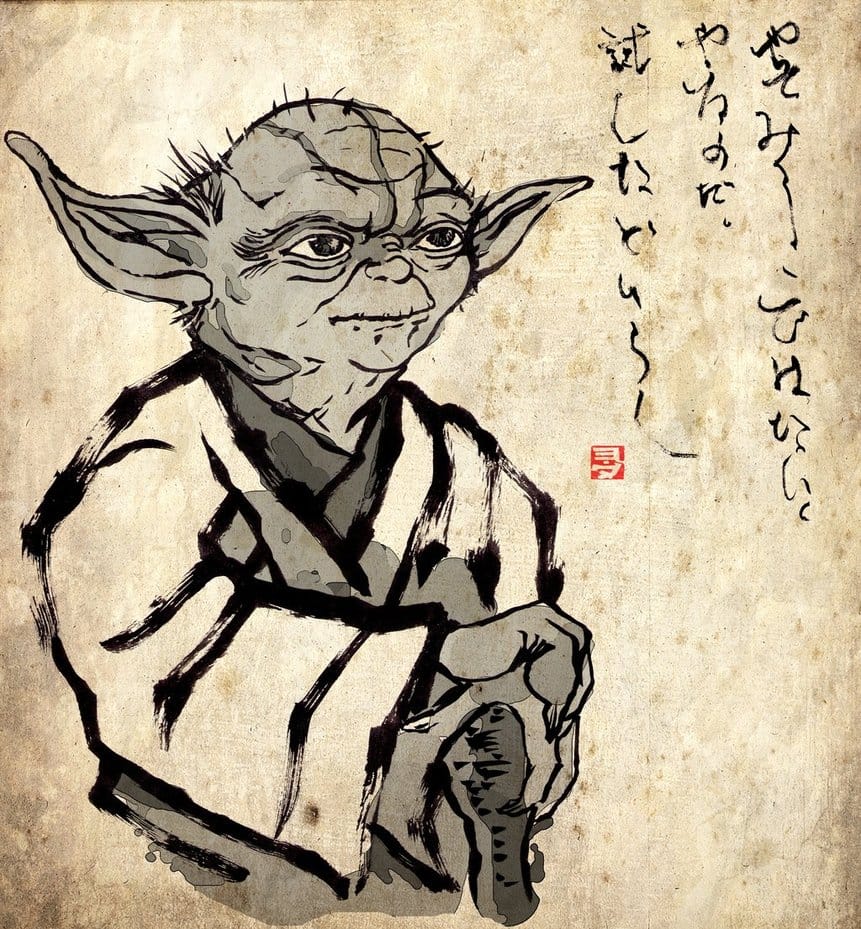 For more on the Jedi bodhisattvas, read our excerpt from Matthew Bortolin’s The Dharma of Star Wars.