Fourteen leading Buddhist teachers of black African descent gathered on Sunday for a conversation about dharma and what it means to be a black Buddhist in America today. 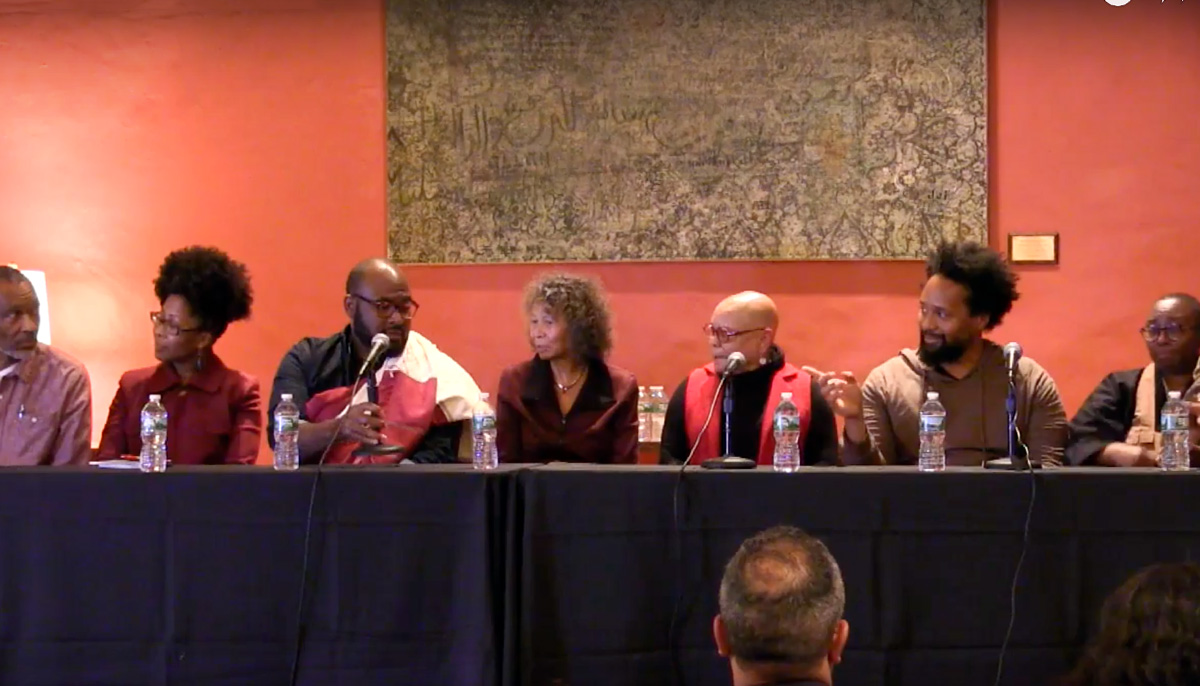 On Sunday, 14 leading Buddhist teachers of black African descent gathered at Union Theological Seminary in the City of New York for “Black & Buddhist in America,” a conversation about dharma, the state of the world, and what it means to be a black Buddhist in America today.

The dialogue followed the conclusion of The Gathering, a historic meeting of 30 Buddhist teachers of black African descent on Friday. The teachers answered audience questions including on the importance of black Buddhists coming together, how Buddhists can engage as activists in issues of social justice, and the challenges they’ve faced as people of color in the Buddhist tradition.

The Gathering was co-hosted by Lion’s Roar and Union Theological Seminary’s Thích Nhất Hạnh Program for Engaged Buddhism, with support from the Arthur Vining Davis Foundations, the Hemera Foundation, and the Frederick P. Lenz Foundation.

Watch the entire conversation below: