If we don’t allow our practice to include the political, asks Brenna Artinger, then how can we stand up to those who do? 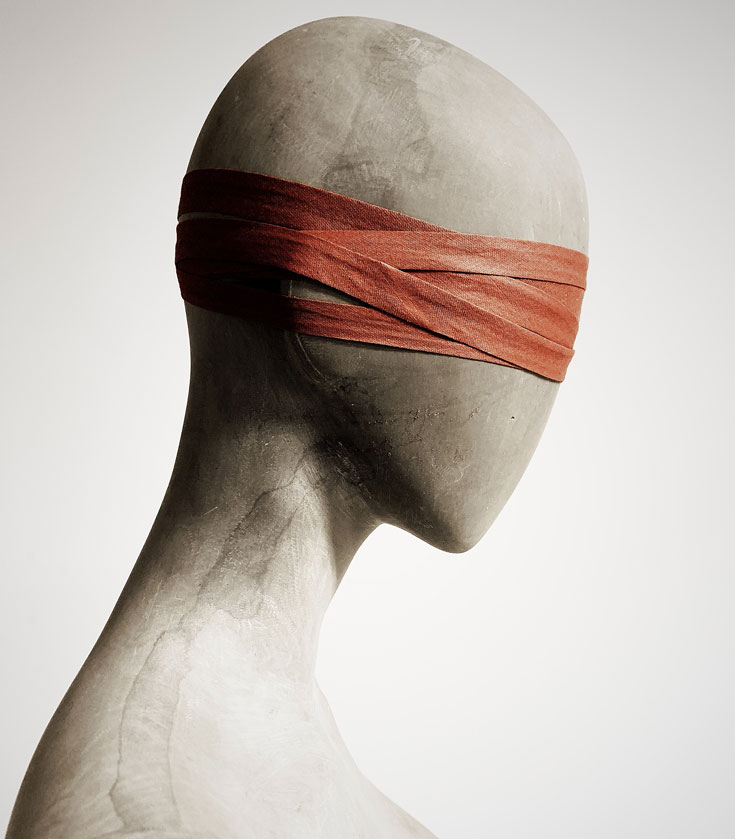 It’s the International Western Dharma Teachers Gathering, and in the comments of the live panel, a participant has just written the word “shocking!” My cowriter Dr. Ann Gleig and I are giving a keynote on right-wing Buddhist reactions to diversity, equity, and inclusion (DEI) initiatives. In all fairness, to some degree, our research is “shocking,” as we outline the often bigoted and sometimes violent perspectives of our subjects. But in many ways, it is not—with notable examples of alt-right and extremist acts rising in North America, including the blockade of the Ambassador Bridge by anti-vax Canadian truckers earlier this year, extremist belief systems across the U.S. have been growing in recent years, fueled by misinformation, conspiracy theories, and alt-right fringe groups. But it’s not the extremist part of our talk that has our participants concerned; it’s the fact that they’re Buddhist extremists, the growing subcommunity of Western Buddhists that identify as both right-wing ideologues and Buddhist practitioners.

While Buddhist texts themselves may not be political, the practice of Buddhism in combination with speech and action certainly can be.

The handful of times Ann and I have presented our paper, we’ve been met with surprise and solidarity, but rarely a willingness to engage further on the topic or an interest in exploring such ideas independently. And aside from groups such as the Buddhist Action Coalition, a New York City–based social action network that is working to address social justice issues, the silence from Buddhist practitioners and communities overall has been deafening. What we see instead of engagement is a quiet reaction from concerned individuals unwilling to skirt the line of Buddhist political neutrality, while alt-right and right-wing Buddhists continue to voice their opinions on blogs, podcasts, YouTube, and social media.

The reaction to our research has revealed a deep unwillingness and unreadiness for Buddhist practitioners to address the intersection of Buddhism and extremism. Such resistance, I believe, stems from discomfort with the idea that there can be Buddhist extremists at all. The very idea that Buddhist practice can coexist with ideas of antidemocracy, bigotry, racism, and religious phobia (particularly toward Jews and Muslims) is deeply discouraging and shocking for those practitioners who are working toward inclusion and who embody the values of harmlessness and right speech.

This unwillingness to engage also reveals a disjunction between views of Buddhist religiosity and political belief, which people assume are independent and should be ostracized from each other. From Buddhists of all political viewpoints, I hear that Buddhism is not political or that it is apolitical; as one Reddit user wrote on a thread in r/Buddhism (the main Buddhist sub-Reddit), “In my opinion, Buddhism really does have nothing to do with politics, in any way whatsoever. The ways of the world are to be let go ultimately, and holding onto political views is only holding onto samsara.” However, while Buddhist texts themselves may not be political, the practice of Buddhism in combination with speech and action certainly can be. From the persecution of the Rohingya in Myanmar to participation in marches to combat climate change, Buddhism (as a religious practice) carries with it the political leanings of its participants. Even those who are considered politically “neutral,” such as monastics, are participating politically when they engage with issues that actively affect other people.

Asserting the neutrality of Buddhism will not make alt-right and extremist Buddhist worldviews go away. What is needed instead is for there to be dialogue amongst Buddhist communities to acknowledge the values they wish to uphold—and, importantly, to clarify the values that go against the Buddha’s teachings.

The silence that has pervaded Buddhist communities in reaction to extremism is indicative of an unwillingness to speak not only about uncomfortable issues, but also of the work that still needs to be done in order to support those harmed by alt-right and extremist Buddhist voices. As Buddhism continues to grow in the West, we must make important decisions about inclusion, fairness, and harmlessness, and how such values inform the ways in which we confront those who choose to cause harm. How do we protect the marginalized and vulnerable in our sanghas? And how do we stand up to harm in ways that espouse the Buddha’s teachings and create paths of discernment and dutifulness for each other—not only for our own end to suffering, but also for those around us?

These are questions that need to be asked by Buddhists of all traditions, both individually and in community. As Khin Mai Aung has written concerning Buddhist nationalism in Myanmar, “We can only stop this cycle of persecution by facing religious nationalism head-on and calling it out for what it is.” Buddhist extremism in the West, too, must be faced head-on. Otherwise, extremist and alt-right narratives will only grow, further weaponizing Buddhism and undermining teachings intended to expand our sympathy for others, not diminish it.

Brenna Artinger is an independent scholar and researcher with a master’s in Buddhist studies from the University of Oxford. Their work focuses on exclusion and extremism, with current emphasis on the intersection of Buddhism and queer theory in Pali vinaya texts. They also research and write on Buddhist nationalism and extremism in the US and southeast Asia.