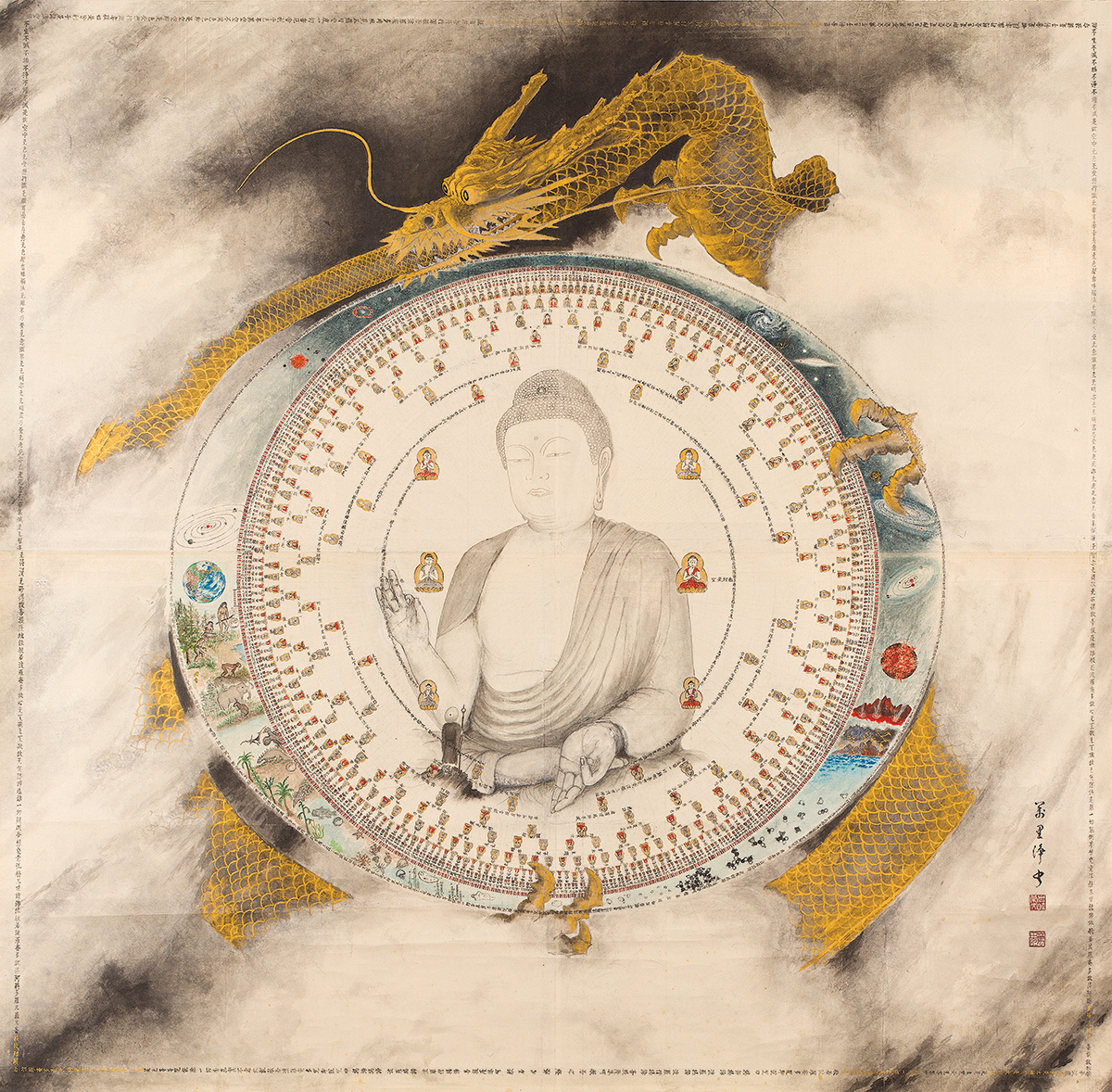 In some respects, I’m very much a traditionalist—from a one-book school, so to speak, and very much reliant upon that book and the teachings derived from that particular book, the Lotus Sutra. It’s been my guiding light for over fifty years. And chanting the title of the Lotus Sutra has always been critically important. It’s been a center for me.

It’s lifted me out of despair. It’s helped me find my identity and grow into the person that I’m supposed to be. So navigating tradition and innovation, for me, comes down to one’s faith in a particular path.

That faith drives me not only to continue to follow that path, but also to put myself into the path as much as possible to help open it up for everyone else. We are each a gateway to the dharma—we should never forget that. No matter how we show up, we open a door for someone somewhere. We need to be conscious of that.

For me, a guiding principle from the Lotus Sutra—something I think we all need to think about when we consider Buddha’s teachings—comes from chapter five. In it, the Buddha says:

I am the World-Honored One.
I am not surpassed by anyone.
I have appeared in this world
To give peace to all living beings.

I will expound the Dharma as pure as nectar
To you all in this great multitude.
My teachings are of the same taste.
They are for emancipation, that is, for Nirvana.

And here comes the critical part:
I see all living beings equally.
I have no partiality for them.
There is not “this one” or “that one” to me.
I transcend love and hatred.

Those who hear the Dharma from me
Will reach various stages
[Of enlightenment]
According to their capacities.
—translation by Senchu Murano

This is something we have to think about now. What does this kind of passage mean to us as we’re practicing the faith, or propagating the teachings? And I don’t mean to going door to door, handing out papers, inviting people to meetings—though I’ve done that too. By “propagate the teachings,” I mean how I welcome you into my space, into my life. That’s not traditional, yet it is, isn’t it? That’s what the Buddha did. He welcomed all. He didn’t say, oh, you’re kind of stupid, I don’t want you. To those who were considered dull or mean, he said, if you can sweep a floor, sweep that floor to the best of your ability. We must never forget there are small things, tiny things that we can do to bring people in, to help them feel they, too, can find freedom. They too can find nirvana.

We are each a gateway to the dharma—we should never forget that. No matter how we show up, we open a door for someone somewhere.

I’m in favor of tradition, because I practiced first with a group that threw out all traditions: no holidays, no special events, nothing to take you from a point of the ordinary to the transcendent. One of the things we’ve done in an effort to maintain tradition, but to also open a path of transcendence, involves changing language. For example, we put some of our shomyo—opening verses and songs we sing in our services—into English to help us think about what we’re doing. When we say “Let’s do Sanborai,” what we’re saying is, “Let’s honor the three treasures.” Let’s think about how our lives honor the three treasures. We may chant it in Japanese, but then we also put it in English, Spanish, Portuguese, and other languages from around the world, so it’s really understood.

That matters, and at the same time, it is beautiful that we have a faith language that we all use, so that no matter where we are, we can come together; it doesn’t matter that we don’t speak the same language. This is big point for all of us because our faith is a language. It’s where each one of us as a gateway has the opportunity to put ourselves in the path—even as we’re walking on the path. We can become so filled with the faith, so filled with our own emancipation, that we cannot help but take it to those who need it.

One of the challenges we have, wherever you came from and however you grew up, is prejudice—we all have it. There are going to be people who look at and sort of dismiss you. The challenge, then, is in each one of us saying, “What would happen if I shared the dharma with that person? What would happen if I went up to that person and said, ‘I see you, I welcome you’?” And then to get radical with it? That’s what we have to do: provide radical hospitality.

Each one of our traditions is radical in welcoming all those who seek it. So be a gateway, find a way somehow to be that opening for someone who really, really needs a way to get out of their despair. There was a homeless guy that used to come to my car all the time. And he was disgusting and foul and loopy. And I would look at him and think, well, he’s disgusting, foul, and loopy. But another part of me was aware that I was being dismissive. I had to go deeper and get to work. So the more I saw him, the more I connected with him. It really taught me that I cannot judge—I’m not the judge of his life—but that I can see him. I can give him a smile. I can meet him at his human level because we’re human together. Knowing I can do that, I have to do that. We both grew as a result of this. After a couple of weeks of me recognizing and talking to him, he disappeared. I don’t know what happened. I’m hoping that he came into a good space. My own life was certainly transformed.

Sometimes, we have to look at the question of how a form or tradition is being changed, and to what end, and who might question or resist it. The Nichiren tradition is kind of known for this dynamic, this perpetual adaption or innovation—if you look at the Nichiren system itself, there are over thirty-odd schools that people just started up.
They didn’t like this part, or they didn’t like that part. Some folks don’t like to chant the Odaimoku, or they may like to just chant the Sutra, or they don’t like a certain priest, or any number of preferences or changes. But importantly, one of the most successful ones is Nipponzan-Myohoji. He started out as a Nichiren priest and decided to cut through everything and just promote chanting the Odaimoku around the world. He did that, and now there are peace pagodas all over the place, with people marching—they walk and chant it, just sharing the idea. And it’s global. I’ll never forget walking up Eagle Peak and hearing the sound of the Odaimoku. I was astonished! Why is that here, floating through the air? It was very powerful. And so just his idea—he had to make sure everybody heard the Odaimoku at least once—he made that into a very powerful movement. A person who does that has to really be trained in their tradition, have a well thought-out path, and then just keep going because they know what they have to do.

Myokei Caine-Barrett, Shonin, was the first American woman and the first person of African Japanese descent to receive full ordination as a Nichiren priest. Today, she is the bishop of the Nichiren Shu Buddhist Order of North America. Based in Houston, where she is the guiding teacher of Myoken-ji Temple, she also leads two prison sanghas and has been active in Healing Warrior Hearts (a program for veterans returning home) and The Gathering: Buddhist Teachers of Black African Descent.