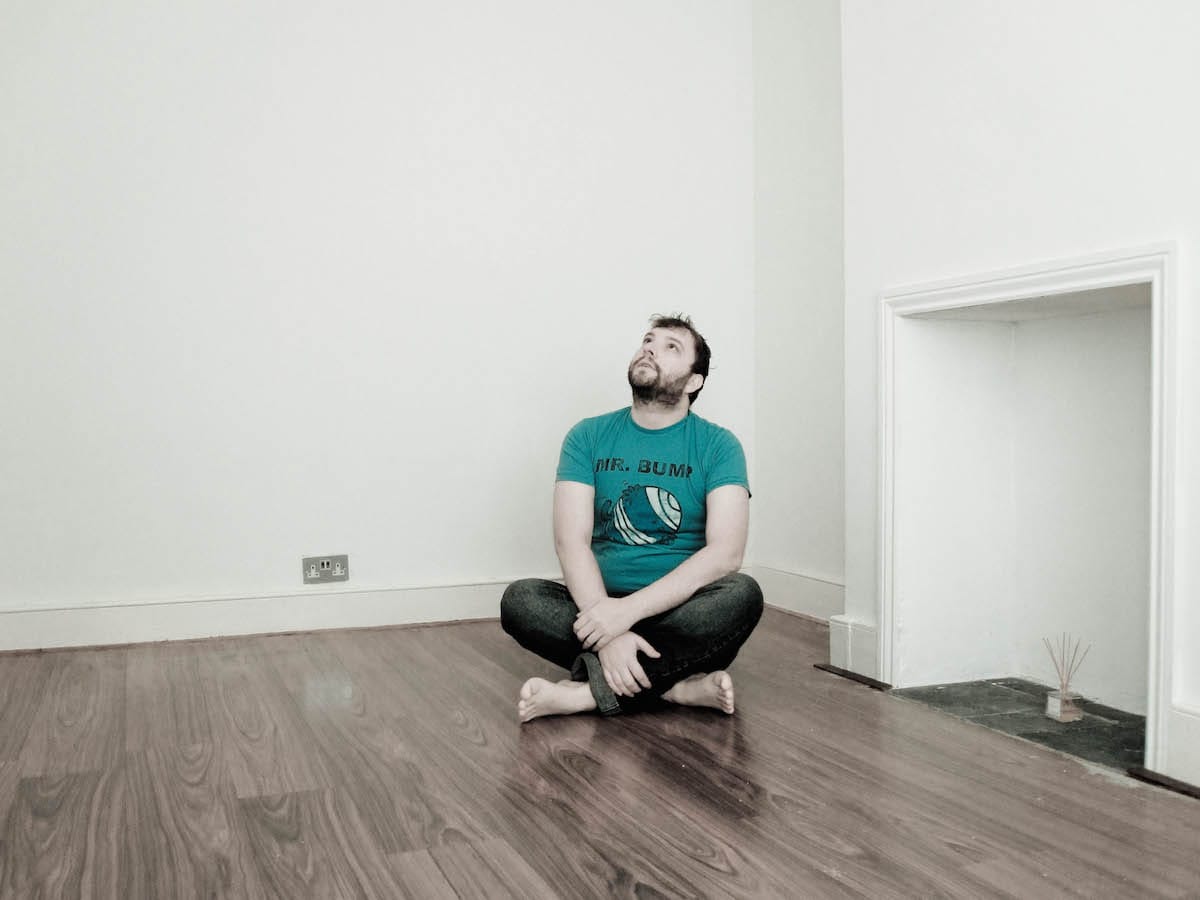 Bodhidharma, the Indian monk credited with having brought Zen to China, is said to have spent nine years facing a wall in a cave a mile from northern China’s Shaolin Temple. If so, the Zen he originated was a Zen of wall sitting.

A Soto nun, Katherine Thanas, first taught me to sit one summer when I was building a studio for my friends, Tey and Elliot Roberts, at their home in the Carmel Highlands on the Big Sur coast of California. The project took several weeks, and Tey, who was a practicing Buddhist, encouraged me to come and sit with the Zen group that met in Carmel. “If you come on the first Tuesday of the month,” she told me, “Katherine will teach you how to sit.” So I went, and priest Thanas taught me proper sitting posture, what to do with my hands and eyes and with the thoughts that might arise.

I asked, ”What am I supposed to learn from facing a wall like this?” She said, “The sitting will teach you that.” Then the rest of the sitters arrived and I was left to work it out on my own.

Katherine Thanas was right: that very first night’s sitting must have already taught me something, something simple like it was good for me to sit like this. Forty-five minutes facing a wall with my legs aching, and I was somehow compelled to continue. I sat the very next morning before going to work on the studio project, and then sat again that night, and every morning and night from then on. I never quit. It seemed from the beginning that my proper place in the world was somehow clarified and amplified by this simple practice of sitting.

After a few weeks of sitting with the Carmel Zen group, the studio was finished and I headed home to the mountains where Karen and I lived in a remote mountain valley. For the next five years, I sat alone, without a teacher other than the sitting itself and without any companionship other than that of a pine board bedroom wall thirty inches from the tip of my nose.

As it turned out, the wall held all the teaching I needed and Bodhidharma’s ancient example has proven to be enough. What is it about a wall that so penetrates the consciousness of one who sits with it? For one thing, there’s nothing you can make of a wall but a wall.

It’s obstinately resistive to imagination. My pine board wall never tried to be anything other than a wall. It didn’t try to be a floor or ceiling or even a sunset, the color of which lit up its pine surface of a summer evening. It was perfectly content to be what it was. I found that hard to match, often wanting instead to be other than I was.

But I saw how naturally the wall fulfilled its function as a wall. I saw that it met the horizontal floor and ceiling with a vertical exactness of its own. And the particular section of wall that I daily faced met two other sections of wall at a perfect ninety-degree angle. But the impression grew in me as well that the wall wasn’t so much a wall because it supported the bedroom ceiling, but that its wallness was more inward than that of its outward function. It wasn’t a wall relative to anything else: it was a wall in and of itself. By hours, days, and years of intimate juxtaposition with a pine board bedroom wall, I too was gradually becoming just what I am regardless of outward circumstance – a self in and of itself.

So that’s how it is to this day. The wall does its sitting as I must do mine.

Sitting with a wall is a teaching that has seeped in over the hours and years without any awareness of what I was being taught, and with only the wall for witness.