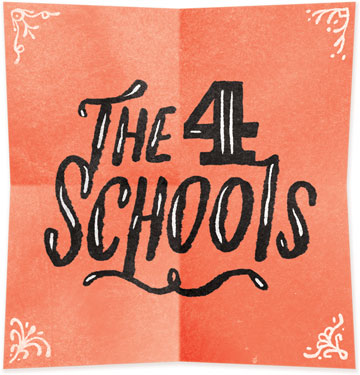 With so many lineages, practices, and unique terms, the world of Tibetan Buddhism can be confusing. Here is a short primer on the four main schools and some of their key practices.

Gelugpa: Established in the fifteenth century, the Gelugpas are the newest and largest school. The Dalai Lama is always a Gelugpa (although not technically its head). Key practices include the Madhyamika (Middle Way) logics and the Lam Rim (Stages of the Path) system.

Nyingma: The Nyingmas (Ancient Ones) are the original Buddhists of Tibet. Their founder was the legendary Vajrayana master Padmasambhava, who is said to have first brought Buddhism to Tibet. The nine-step (yana) Nyingma path culminates in the renowned practice of Dzogchen.

Kagyu: The Kagyu (Ear-Whispered Lineage) specializes in Vajrayana practices passed orally from teacher to student. The lineage traces its origins to the Indian scholar–yogi Naropa, his Tibetan student Marpa, and the celebrated poet–yogi Milarepa. Key practices include Mahamudra and the Six Yogas of Naropa.

Sakya: The Sakya is the smallest of the four major schools. The lineage was founded in the eleventh century by Drogmi, a scholar and translator who studied with Indian masters, including Naropa. A key practice is Lamdre (“Path and Its Fruit”).