“What if our deluded minds aren’t a barrier to enlightenment at all?” asks Zenju Earthlyn Manuel. “What if they are the very path to it?” 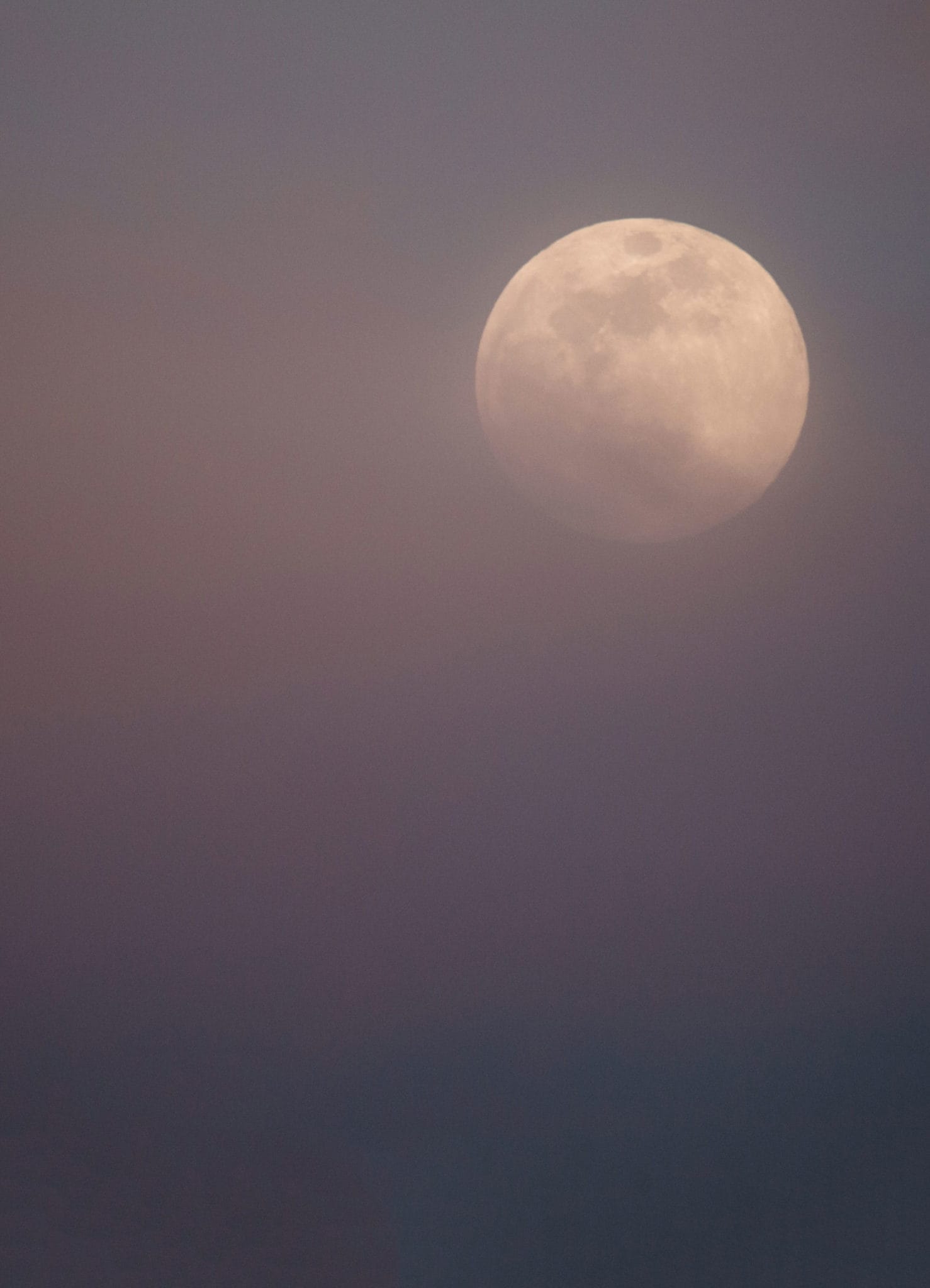 If your inability to cut off ceaseless thought has ever left you feeling hopeless or inadequate, you’re not alone. Anyone who has practiced earnestly for any length of time has likely wrestled with the thinking mind, motivated by a desire to evolve away from delusion and toward awakening or enlightenment. We may wonder what we’re missing, always searching for the secret code we believe will unlock the door to enlightenment. We read endless dharma books, which might lead us to that door but ultimately leave us standing outside, desperate to get in. Perhaps we even take our deluded selves to a Buddhist teacher or center to receive guidance, hoping to fix whatever it is that prevents us from seeing the light.

But what if our deluded minds aren’t a barrier to enlightenment at all? What if they are the very path to it? Several years ago, I stumbled upon the term shinzo, or “ever-intimate,” used by Dogen Zenji. Perhaps due to the lack of intimacy I so often felt in my personal life, I felt an immediate connection with the phrase in my own practice. So, I made an effort to learn more about Dogen’s teachings on shinzo. In his book Dogen on Meditation and Thinking: A Reflection on His View of Zen, Buddhist scholar Hee-Jin Kim wrote that Dogen used the term to address the intimate and dynamic relationship between enlightenment and delusion:

The ultimate paradox of Zen liberation is said to lie in the fact that one attains enlightenment only in and through delusion itself, never apart from it… Enlightenment consists not so much in replacing as in dealing with or “negotiating” delusion.

In essence, Dogen was saying that mind—or body-mind, as he referred to it—must be brought into the inherent intimacy between what is illuminated in our lives and what is darkened, that we must fully participate in the dance of these two, continually twirling together and trading places.

I was already well acquainted with this dance, in which two parts of a whole each strive to overcome the other until, eventually, companionship develops and the struggle resolves. There is mutuality, and the gifts each brings are acknowledged.

But isn’t the whole point of Buddhist practice to overcome delusion? Why would we ever want to entertain delusion as a guest? Most of us view enlightenment as a superior way of being. This view comes from ancient Vedic traditions, in which the goal was to negate the deluded mind, to negate thinking, but that is not the goal of Zen practice as taught by Dogen. And this is what I love about Dogen’s radical teachings. With respect to thinking and non-thinking, he taught that it doesn’t matter if we have discriminating, deluded thoughts. What matters is how we use those thoughts.

When we become intimate with our own thinking, delusions become the earth upon which the moon of enlightenment shines.

In Hotsu Mujoshin (“On Giving Rise to the Unsurpassed Mind”), Dogen wrote, “Thinking is the mystery of the practice by which we become intimate with ourselves and the universe.” In other words, when we become intimate with our own thinking, delusions become the earth upon which the moon of enlightenment shines. We may long to be the light itself, the moon glowing upon the earth, yet we feel tethered to our emotions and the thoughts that bring them to the surface. In Dogen’s vision, the relationship between delusion and enlightenment within our lives is necessary. Whether we are angry, even enraged, aggrieved, or content, we are right where we should be. No part of our humanity needs to be tossed away. We need all that we were born with to navigate life, and that includes delusions.

This tension is apparent in the second of the four bodhisattva vows, which Soto Zen practitioners regularly chant: “Delusions are inexhaustible. I vow to end them.” Many a Zen student has chuckled at the absurdity of vowing to end something that is inexhaustible. How could we ever meet this vow? Instead of declaring endless war on our delusions, though, we can simply stop trying to banish them from the path of enlightenment. We can end the separation and lack of intimacy with our thinking minds, and through that encounter with delusion we can come to know the enlightenment that previously seemed as distant as the morning star.

We may fear, deny, ignore, or refuse to accept this marriage of enlightenment and delusion, longing to hold company with our favorite friend, enlightenment. After all, the intimacy of delusion with enlightenment can be difficult to fathom. Enlightenment doesn’t negate delusion, yet a willingness to experience intimacy with our thoughts is crucial to attending to the suffering of our times. As the fires of suffering burn in our country and in the world, it is high time we fully examine our collective thinking in order to move toward a humanity that can truly see itself and can therefore transform its greatest ills.

Like so many others on the Buddhist path, I was waiting for my life to be the way I wanted it to be and wasn’t fully engaging with the way it actually was. Over time, through the practice of zazen, I began to see how this mixed-up dream had separated me from the life I was living every day, every moment.

I saw this dance in action one day, when an aspirant who had been practicing with me for some time opened up and shared memories of being abused as a child. As she spoke, I noticed both her feet were moving, tapping, shaking. Several times she sat upright, then fell back into her seat. Her head moved up and down as she described the trauma. Seeing her agitation, I asked, “You have been learning so much. What could you teach that child right now from your practice of zazen and yoga?”

It took her a moment reply. Her eyes darted around as she considered the question. “To breathe,” she finally said.

“Then let’s do that right now,” I instructed.

We sat quietly together and breathed. After five minutes, her feet stopped shaking, her hands sat still on her lap. Suddenly, she jerked her head back and began to moan and cry. Her body stiffened. She had been using the movements, which were momentarily absent, to fend off the pain from so long ago that was still lodged in her body-mind. I asked her to continue breathing, as she had been practicing for five years.

“Show the child how the breathing is done,” I told her.

I breathed in and out with her, holding her in my heart as she dove into herself, developing the capacity to overcome her limitations by seeing the thoughts she lives with. We were not breathing into calmness but creating the inner environment through which the work of just seeing can occur. (Please keep in mind this practice may not be appropriate for everyone. Consult an experienced Buddhist teacher or a therapist when working with trauma.)

Her direct experience of her body-mind moving and settling, moving and settling, allowed her to see and know herself directly, without someone else telling her what she needed to know. Once her breathing had slowed, I asked her to bring that same earnestness to her zazen practice, to enter each path that she follows—yoga, Buddhist retreats, therapy—with the somberness of her suffering and not to see them as escapes from home or from the world. I asked her to enter the zendo from now on as if coming into a dark cave with her thoughts. As the thoughts arise, I told her, surrender to them and come to know the process as illumination taking place.

The deeper our life is illuminated within delusion, the more clearly we can see our own limitations, struggles, and suffering. This is the true intimacy of Zen practice and the mystical nature of zazen.

In Mahayana Buddhism, there is a notion that once the Buddha became enlightened, we all did. This teaching points us in the direction of not trying to acquire or gain enlightenment but rather allowing it to meet us along the way. Enlightenment is neither given nor gained, so we are bound to tango with the deluded body-mind. And what a dance it is!

In Sokushin Zebutsu (“The Very Mind is Buddha”), Dogen wrote, “Thinking is said to be exerted by the mind of the entire great earth, the mind of the trees and stones, of mountains and rivers, the sun, moon and stars and by the one mind of all dharmas…” Thinking, then, is malleable; it’s adaptable and resilient. The intimacy between the self, the universe, and our thinking is indelibly part and parcel of Dogen’s Zen. Enlightenment is “ever intimate” with, and transparent to, delusion.

When we dive deeply into the tension between enlightenment and delusion, we go beyond our mere ideas of them. Dogen wrote that, if we even think of enlightenment, there will be an aspiration for it. Thought is not an enemy to our endeavors for enlightenment. In fact, it’s impossible to dance with enlightenment without the intimate knowing that comes from opening fully to our deluded, thinking minds.