Learn the meaning behind these famous Buddhist monuments. 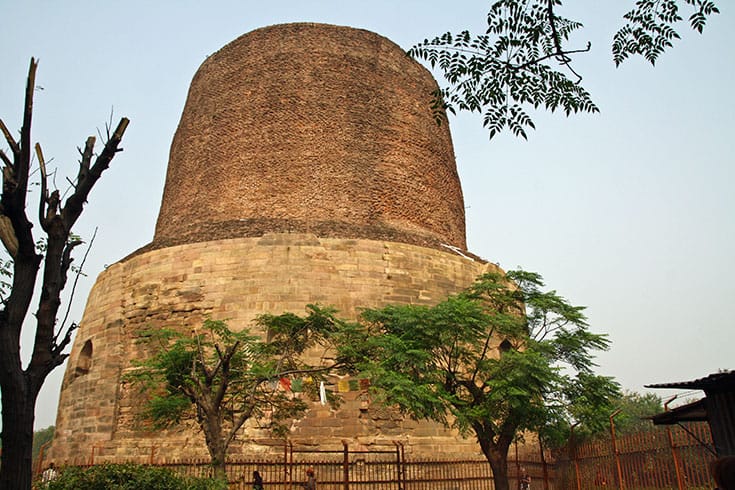 Stupa in Sarnath, India, where the Buddha preached his first sermon. Photo by Maureen Barlin.

Stupas are one of the most recognizable forms of Buddhist architecture, dotting the landscape in all Buddhist countries. Like Buddhist temples, their style differs from culture to culture, but the basic structure remains the same.

At its simplest, a stupa is a dirt burial mound faced with stone, often containing relics or religious objects and used as a place of meditation. The Great Stupa in Sanchi, India, is the earliest known stupa, dating back to the fourth century BCE. The largest stupa in the world is Borobudur in Indonesia.

There are five types of stupas: the relic stupa, containing the remains of the Buddha and his disciples; the object stupa, containing objects that belonged to the Buddha or his disciples; the commemorative stupa, marking an event in the Buddha’s life; the symbolic stupa, representing aspects of Buddhist teachings; and the votive stupa, erected to make a dedication or to accumulate merit.

To build a stupa, transmissions from a qualified Buddhist teacher are necessary. When visiting a stupa, practitioners circumambulate it clockwise as a meditation practice, focusing on the endless cycle of rebirth (samsara) and the eightfold path that leads to freedom from suffering.