Sabba as defined by Glenn Wallis, a scholar in Buddhist studies from Harvard University. 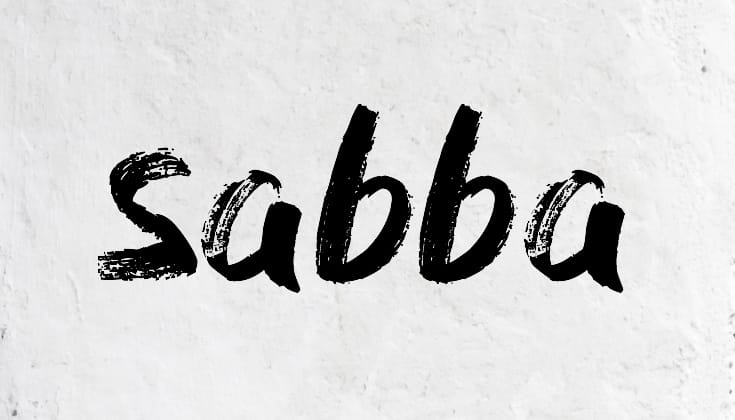 Sabba is the Abraham Lincoln of the Pali lexicon. A word could hardly hail from more humble origins or rise to such giddy heights. Sabba is homespun yet eloquent: it speaks the matter-of-fact and it insinuates the sublime. Sabba realized is the Great Emancipator: “Without directly knowing and fully recognizing sabba,” says the Buddha, “you will not be able to eliminate distress (dukkha) (Samyuttanikaya, Sabbavagga 5).

Sabba means “all.” That’s all. It belongs to the lowly class of linguistic laborers known as pronominal adjectives. That is, when it stands in for a noun or a noun phrase (like “it” just substituted for “the word sabba”), it’s working as a pronoun; but when it further explains, or modifies, a subsequent word (like “subsequent” just did), then it is clocking in as an adjective. All was lost in the flood.

All, alas, is never as simple as it appears, is it? As each of us knows, all is everywhere. All is entire, whole, complete in itself. It is total and, well, all-encompassing. “The whole,” as Aristotle reminds, “is something besides its parts…a unity” (Metaphysics 8.5.1045a). And so religion, from the Mekong to the Mississippi, gives us the grandest Alls of all: the One, the Absolute, the Ever-Present and All-Knowing, the Summum, the Sublime, the Cosmic Father, and the Universal Mother. All, by definition, knows no bounds—particularly when it transmutes into a noun. The German word for “universe” is “das All.”

But Gotama was a farmer, not an astronomer. Although he, too, posited an “all,” what he had in mind was something closer to earth than dirt. Let’s listen in on the Buddha’s succinct teaching on sabba:

I will teach you the all (sabba). Listen to what I say.

What is the all? The eye and forms, the ear and sounds, the nose and scents, the tongue and tastes, the body and tactile objects, the mind and thoughts. This is called the all. Someone might say, “I reject this all, I will declare another all.” But because that is simply a groundless assertion, such a person, when asked about it, would not be able to explain, and would, moreover, meet with distress. What is the reason for that distress? Because that all is not within his or her sensorium. (Samyuttanikaya, Sabbavagga 1.)

If we keep in mind that Gotama’s project as a teacher was to show us a way to overcome dukkha, existential unease, then sabba becomes the answer to one of the most crucial questions we can ask ourselves: where do I begin the project of knowing—directly, immediately, for myself—the source of my dissatisfaction? To answer, as Gotama does, “by recognizing sabba,” is to claim that the knowledge we require for gaining precious insight into our unhappiness is literally right in front of our noses (and eyes, and ears, and so on). The knowledge we require is, namely, full and present in the very act of perception.

In Gotama’s teaching, an act of perception involves (i) the givenness of the world (forms, sounds, scents, etc.); (ii) sensory reception (the eye, the ear, etc.); and (iii) response (passion, craving, grasping/dispassion, equanimity, unbinding, etc.). (For this latter aspect, you can further explore Samyuttanikaya, Sabbavagga 5.) “The all,” sabba, is Gotama’s way of referring to this starkest, barest, most stripped-down calculus of human being: phenomena and reception plus response equal lived experience.

It is important to make clear that sabba is the sum total of our actual, rather than imagined, fantasized, or otherwise deluded, reality. To “declare another all,” as the Buddha’s imaginary interlocutor does, is “a groundless assertion” because it runs counter to the way things are. Perhaps the Buddha had in mind the theists of his day, who insisted that there exists a reality that stands outside the all, i.e. God (Brahma). Or perhaps he just had the average person in mind, who persistently mistakes felt qualities for transcendent realities (love, beauty, etc.). Asked to examine what is actually present in experience when “God” or “love” is manifest to them, careful people will have to point to some admixture of sabba, such as bodily sensations and thoughts. In the Buddha’s schema of sabba, “God” is a concept that gives rise to physical sensations (feelings, emotions) that give rise to further thoughts that become forms of life, and so on and on.

Sabba is Gotama’s periodic table of elements. In its first instance, a phenomenon—something, everything, anything you can name or imagine—is one of the following: a visible form, a sound, a scent, a taste, a bodily sensation, or a thought. The Buddha says that a person making a contrary assertion “when asked about it, would not be able to explain,” and will thus “meet with distress.” The person’s incoherency and distress result from a serious confusion about the basic categories of being.

Gotama’s project is to help us recognize a phenomenon at its most basic level—to get clear about how and what things are before our proclivity toward delusion works its magic. When we do so, an ease born of clarity settles in, and you know what it means to “put down the burden” of the superfluous. This release follows naturally from “directly knowing and fully recognizing sabba.”

Glenn Wallis holds a Ph.D. in Buddhist studies from Harvard University’s Department of Sanskrit and Indian Studies and is currently associate professor and chair of Applied Meditation Studies at the Won Institute of Graduate Studies. He is the translator and editor of the Modern Library edition of the Dhammapada.