When I see pictures in the media of people meditating, they usually have their palms up with their index fingers and thumbs making a circle. Is this the right hand position for Buddhist meditation? 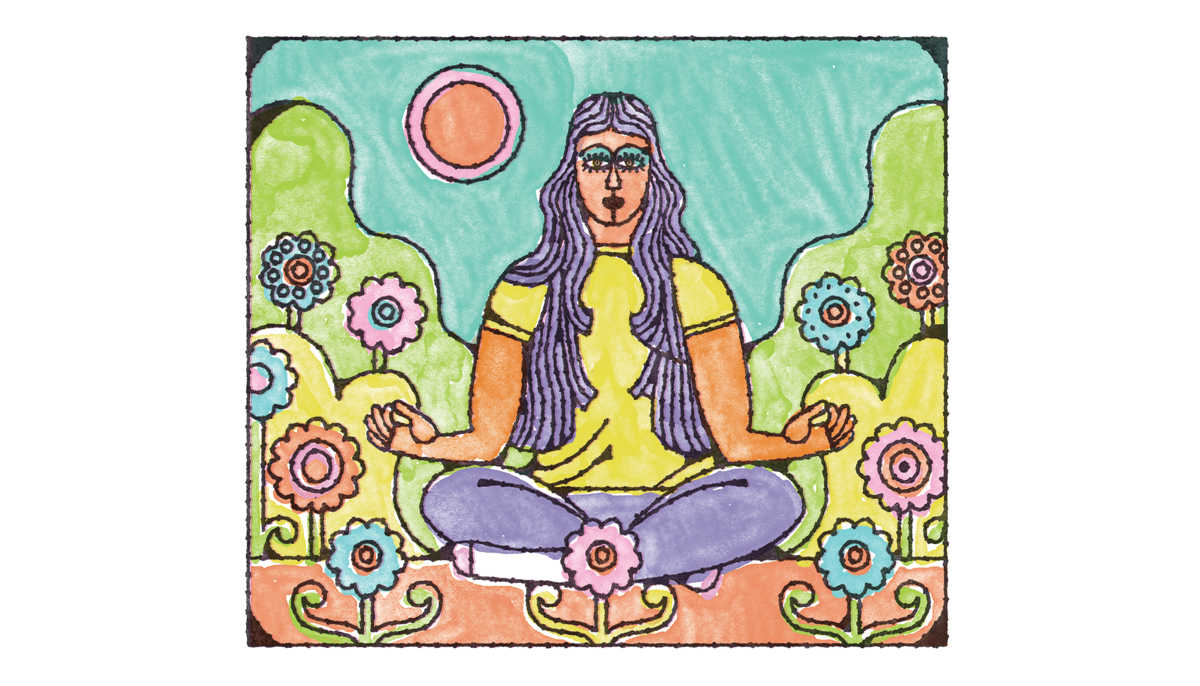 Hand positions are called mudras, and they are meant to encourage certain states of mind. The hand position you see depicted is widely taught in yoga to promote deep diaphragm breathing and concentration. In Hinduism, it symbolizes union with the divine. We are not aware of it being used in Buddhist meditation.

There are two mudras commonly used in Buddhist meditation. In the first, called “resting the mind,” you place your hands face down on your knees or thighs, with the upper arms parallel to the torso. This allows your hands to relax and promotes a straight but not stiff back.

The other common hand position is the “cosmic mudra,” which is widely used in Zen. In this mudra, your right hand rests in your lap facing up and your left hand sits lightly on top of it. The thumbs gently touch each other as if holding a piece of paper, forming an oval just below the navel. Since this is considered the spiritual and energetic center of the body, the mudra is called cosmic because we gently hold the universe in our hands. More practically, the circle often starts to collapse as our attention wanders or we get drowsy, which is a helpful reminder to wake up.