In Buddhism, a vow is like a compass, but there are many different kinds of vows that Buddhists can take. 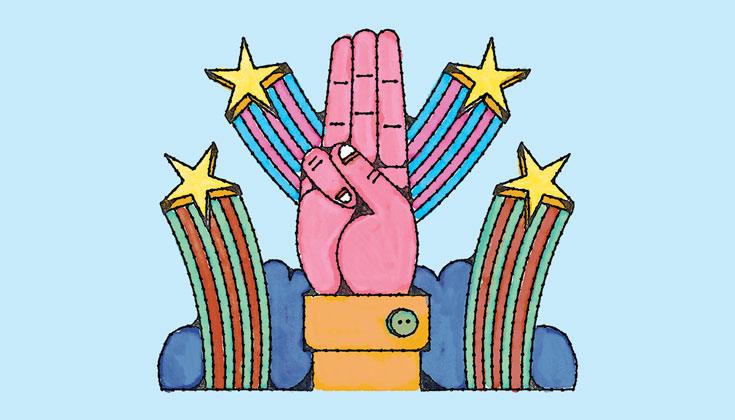 Question: Vows are common in the world’s religions. What vows do Buddhists take and why?

Answer: There are many different kinds of vows in Buddhism. Some are very detailed, while others address our ethics and intentions generally. Monastics in the Theravada world, for example, vow to follow the many specific rules in the vinaya that govern their day-to-day conduct, including celibacy. Lay Buddhists in all traditions vow to follow the five basic precepts (not killing, stealing, lying, engaging in sexual misconduct, or taking intoxicants), although there are wide differences in how these are interpreted.

In some traditions, one formally becomes a Buddhist by taking the refuge vow. Recognizing there is not freedom from suffering anywhere in samsara, one takes refuge only in the Buddha, dharma, and sangha. Mayahana Buddhists may also take the bodhisattva vow, in which they express their intention to forego their own enlightenment until all beings are liberated from suffering. In Vajrayana Buddhism, the basic vow is to see everything as sacred and enlightened: all beings as buddhas, all sounds as mantra, and the outer world as mandala.

Buddhists use their vows as a kind of compass, a way to stay on the path. You may not know where you’re ultimately headed, or if you’ll ever get there, but your vows tell you what direction to keep moving in. Following one’s vows in every moment—living in vow, as is said in Zen—can be seen as the path itself.