So-called objective reality, Pico Iyer finds, is as fickle as the weather. Maybe that’s because it’s as much mind as matter. 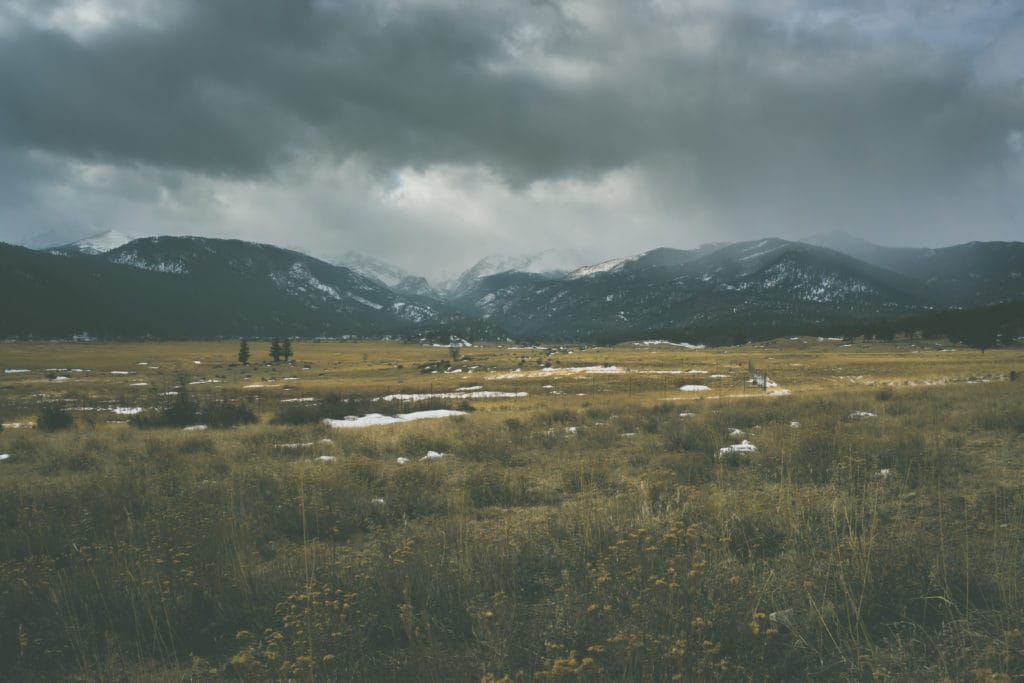 When you scramble up the unpaved paths that link guesthouse to teahouse in the exiled Tibetan center of Dharamsala—the spiritual home of Tibet today (and of the Fourteenth Dalai Lama)—you can feel yourself subject to an optical illusion. On many days in the spring and the autumn the sun rises so sharply behind the snowcaps overlooking the central temple and the blue is so intense in the high mountain air that you can truly feel as if you’ve landed in Shangri-la. The Tibetans are an outdoors people and they quickly spill out onto terraces and rooftops; they take picnics on lawns near their brightly colored houses, and the young monks come out to play in monasteries brilliant with marigolds and tidy gardens. The gold roofs of other temples glint along the mountainside, catching the sun, and if you travel down to the library and look up toward the Dalai Lama’s house on a hill, all you can see is blue, blue, blue—making you believe that it will be like this forever.

And then, of course, the next day a storm comes raging through town, the rain is so intense you can’t leave your tiny cell, the electricity across the settlement goes off, and all the phones are dead. You are trapped inside a thunderous prison that brings much too forcibly to mind the Buddhist hells being described in the only companions you now have, your books.

It sounds like such a simple thing, barely worth mentioning, until you think of the weather that is our constant companion.

The weather! As one who was born and grew up in England, I learned very early that it was the safest thing to talk about because it was so completely anodyne. In England, besides, the weather never changed; talking about the weather was like talking about the class system, or possibility, or the future—it was a way of saying we were all stuck with things and the best thing we could do was just practice the national sport of keeping our upper lips stiff. Later, when I grew up (on paper), I realized that the weather was the one thing you should never talk about precisely because it was so banal and never changed. To talk about it was to keep out of the conversation the much more important issues of progress and eternity and change.

Now, though, slowly, I’m coming to see that the weather—not just in Dharamsala, but anywhere—is really one of the most important tools we have. It is a living parable, constantly shifting and constantly murmuring many of the same truths. For even in California, in Zurich last year, in places we think of as tropical, the weather is offering the same illustrations: I wake up one day and the world is an enchantment, waiting to be conquered by that omnicompetent force I call myself. I wake up the next and I can barely see my car through the mist and the hail and the gloom.

It hardly occurs to me to register that the change is mostly in myself, and not the world around me. Buddhists, as Matthieu Ricard says in his luminous new book, Happiness, excerpted in this issue, believe that suffering and unhappiness are quite different things: suffering is the state, the reality, we are all given, but unhappiness is just the way we choose (or do not choose) to respond to it. Those rendered suddenly paraplegic often call themselves happy, after a year or so of adjustment, as frequently as those who win the lottery end up in despair.

It sounds like such a simple thing, barely worth mentioning, until you think of the weather that is our constant companion. Almost every day I wake up and look out on the same room, the same desk, the same prospect from my window; but every day it looks different, colored not just by the light, the temperature, the time of day, but as much by the light inside me. Tired, I look with distaste on the very prospect that sent me soaring two days ago; after a good night’s sleep I see a mist itself as mystical, a veil, a story about the virtue of not seeing.

It’s all in the head, in short, and my head is constantly spinning, ready to conceal from itself what is unchanging behind it. And yet I take each day’s perceptions as gospel. I read a book and write to all my friends that the book should be avoided at all costs. I don’t know what to say when I pick it up again in another mood and find it quite enchanting.

In England, talking about the weather was like talking about the class system, or possibility, or the future—it was a way of saying we were all stuck with things and the best thing we could do was just practice the national sport of keeping our upper lips stiff.

My Zen-minded friends often speak about the dust or grime on screens that are among the many things that keep us from reality. Always the lens is getting cloudy, and then all I see is mist and bleary edges. And yet because this weather is inside us, less obviously shifting than what we see outside our windows, we give it even more credence than when we say, “Toronto is a hell-hole. I didn’t see the sun once in the six days I stayed there.” Admitting that just about all our responses and grand thoughts are temporary, the function of the moment only, no more than a trick of the moment or a product (quite literally) of which side of the bed we woke up on, is, at least to me, quite a blow to my otherwise exalted sense of my own rightness and authority.

But then I look out the window and see snatches of mist stealing up the mountain slopes, now obscuring, now revealing again a blue that was intense ten minutes ago. I pick up the notes I wrote last week and realize that I am reading not so much my words as my moods; on many occasions I’ll pick up something beautiful and, in a hazy mood, scrupulously undo all the good I’ve done. Objective reality comes to seem, almost by definition, what I’m not seeing, and whatever is not changing while the kaleidoscope is shaken—the dark in the room when no one’s here, the silence that lies behind and beneath these sentences I write.

Our external weather forecasters are growing more and more adept at telling us what to expect two days from now: sun at last (so don’t despair!) or a sudden storm (so seize the moment!). But our inner weather seems impossible to foretell—until perhaps we see that it’s all just an illusion, the product of a non-contact lens. None of it has any more value than it has stability. The only thing I tell myself is indeed to seize the moment—and to recall that all my hard-and-fast judgments and beliefs are probably about as durable as that moon just rising over the ridge.