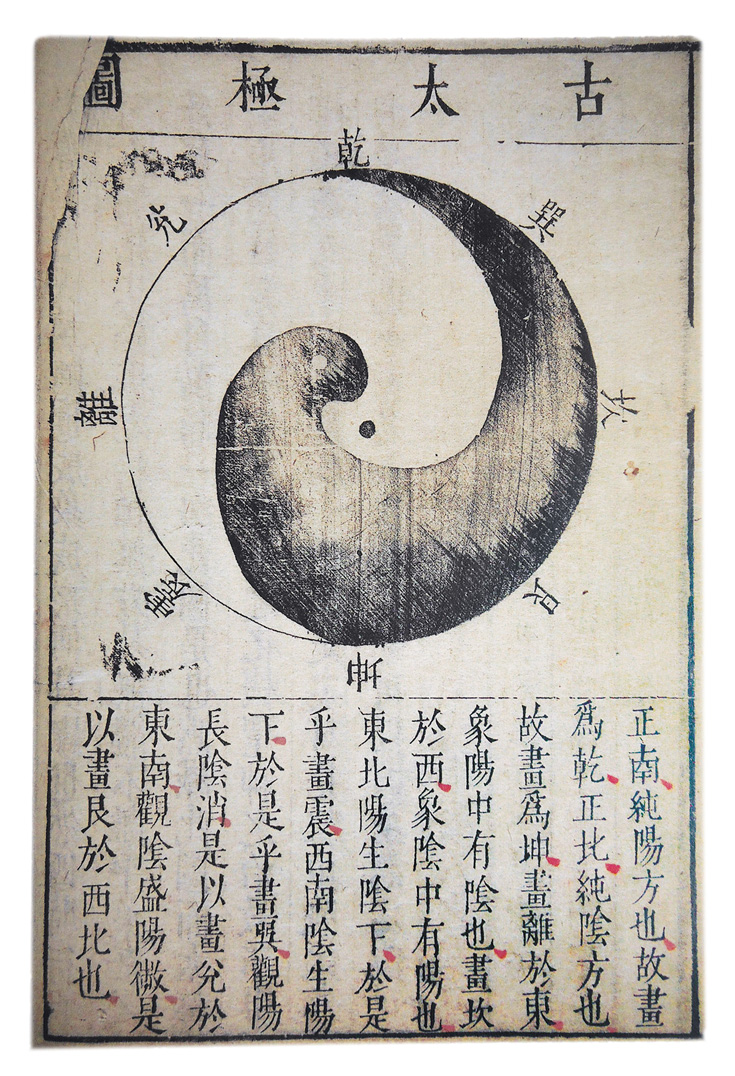 The common understanding in America is that Zen Buddhism came to us from Japan, where in turn it was transmitted from China in the twelfth century, by the great masters Eisai and Dogen. In China, it developed first through a singular, active transmission from India in the sixth century, a feature most notably associated with the figure of Bodhidharma. The legendary iconoclast, moreover, came from a long line of masters in southern India that traced their teaching directly back to the Buddha, focusing on meditation practice and a close connection to the master in the quest to overcome the pervasive suffering and essentially illusory nature of the world and reach “the other shore” of nirvana, while eschewing all embellishments (chanting) and organizational encumbrances (rituals) of mainstream schools. It is also generally accepted that, while Zen claims to present a tradition outside of or beyond the scriptures, its thought owes a great deal to the Perfection of Wisdom (Prajnaparamita), Flower Ornament (Avatamsaka), and Middle Way (Madhyamika) sets of sutras, whose argumentation is highly complex, speculative, and abstract, contrasting the world of pure enlightenment with the suffering of ordinary life.

The outstanding poet and award-winning translator David Hinton, in his new book China Root, presents an in-depth shift of this picture, making clear for American followers of Zen the relevance of scholarship in Chinese philosophical history and Daoist studies. To begin, he speaks of Chan rather than Zen, emphasizing his key concern with the Chinese dimension of the tradition, and says about the standard history: “That story isn’t wrong, but it leaves out just about everything that matters to Chan.” Matching established sinological scholarship, he asserts that when Buddhism first arrived in China in the first century CE, “it was fundamentally reinterpreted and reshaped by Daoist thought,” partly because of issues of translation, partly because many Buddhist ideas resonated closely with the well-known Daoist vision.

This vision as found in the classical Daoist works Daode jing (Book of the Dao and Its Virtue, ca 400 BCE) and the Zhuangzi (Writings of Master Zhuang, ca 250 BCE) is based on the assumption that Dao, the absolute—the mother of all beings, the ground of the universe—rather than on some far-off shore is always here and there and everywhere. Human beings became apparently separated from Dao as they developed consciousness, through which they came to hate death and love life, and constantly shifted between emotional and intellectual extremes. To remedy this situation, people should “make all things equal”—identify with all, as all is Dao, ultimately going beyond self and world in a state known as “sitting in oblivion,” not accidentally close in name and practice to zazen (zuochan). This state is alien and strange when first experienced, but it is also, according to Daoist and Chan doctrine, our birthright: the original, true, and perfect way of seeing, feeling, and being in the world. Practitioners take some time to naturalize this state, returning as it were from what the world considers normal to what is natural in relation to universe—Dao or buddhanature.

Once freed from the fetters and handcuffs of categorical thinking and emotional push-pull, people merge with what is called “mysterious virtue” in the Daode jing and “primordial chaos” in the Zhuangzi, that is, a more primeval, deeply original, root-level state. They no longer experience right and wrong, death and life. Fully at one with Dao, they are able to enjoy everything just as it is, attaining a state of true freedom, described as “nonaction” or “naturalness” in the Daode jing and as “free and easy wandering” in the Zhuangzi.

In Chan, this same experience is described as “immediacy.” With it, the mind can roam through the universe on cosmic excursions, but it is also perfectly suited to dealing with everyday realities. The ideal person, known as the sage (shengren) in the Daode jing, the true man or perfected (zhenren) in the Zhuangzi—and who later appeared in the works of ninth-century Chan master Linji—is always one in what he does, acts in full immediacy, and by his mere presence benefits the age. The sage has a human face but is filled with emptiness; he has a human body but acts free from entanglements and all constraints.

After Buddhism entered China from India, both its meditation practice and the ideal state of enlightenment came to be seen through these Daoist lenses. However, Buddhism also needed to adapt to Chinese society; over time, begging was replaced by aristocratic sponsorship, meditation increasingly gave way to chanting and offering merit on behalf of donors, and the quest for enlightenment became more an issue of imploring various savior deities, leading over time to a massive institutionalization. Centuries after Buddhism’s arrival, Chan emerged in part as a reaction against these tendencies, an effort to recover a more original form of Buddhism while working closely with Daoist ideals. As Hinton points out, “The originators of Chan essentially adopted aspects of Buddhism (texts, ideas, practices) that they found useful in enriching their own Daoist understanding, while conceiving them fundamentally in Daoist terms.” Chan, in other words, is less a Daoist adaptation of Buddhism than a Buddhist-inspired variant of Daoism.

This framework has potentially significant ramifications for practitioners today, both in terms of their understanding of the world and the nature of practice. Rather than relating to the abstract complexities of Buddhist philosophy and striving to overcome a gap between this world and the enlightened state, much of Chan draws its power from original Daoist notions, “liberating us,” as David Hinton says, “into a larger identity that is woven integrally into landscape, earth, and Cosmos.” Rather than seeing this life as suffering and illusory and seeking enlightenment as a way out, Chan in the wake of Daoism understands the universe as essentially good and totally real; an integrated dynamic organism, consisting of pure, vital energy known as qi, it moves along patterns of yin and yang. To make sense of this reframing for the modern practitioner, key concepts of Chan have to be re-envisioned and retranslated—a work that makes up the bulk of China Root.

The most important among them, one he comes back to again and again, is absence (wu; Jpn., mu), in Daoism often rendered “nonbeing,” in Zen thought described as “nothingness,” and in practice best known from Joshu’s famous answer to the question, “Does this dog have buddhanature?” In Chan thought, matching the Daoist vision, it is paired with presence (you) and signifies an “ever-changing realm,” a “generative void,” from which all we can see and hear and feel emerges. Absence is the process of gestation, latency, or dormancy, a dynamic yet invisible state like plants in winter; it is the fertile ground from which all grows and on which all stands. Less a metaphysical dimension, it is very concrete, “the Cosmos seen as a single generative tissue,” an “all-encompassing generative present,” an “origin-moment/place, a constant burgeoning forth.” The “abiding essence” of Chan, the ultimate meaning of the classic phrase, “samsara is nirvana,” then, is to inhabit this origin-moment/place, to be at one with the constant inherent flow of life.

Other terms relate closely to this, so that Dao describes the ongoing oscillation between absence and presence; breath or vital energy is the medium through which it works, emptiness and dark-enigma—the latter better known as “mystery”—are ways to speak about it, while absence-action (that is, nonaction) and awakening are modes of interacting with it. Meditation (chan) is the way to reach out to it, an emptying of the mind not unlike Zhuangzi’s mind-fasting (xinzhai) and closely related to Daoist sitting in oblivion. The term chan, from which the tradition takes its name, was first chosen for its phonetic quality, matching the Sanskrit word dhyana. It originally indicated a form of imperial sacrifice—containing a pictogram showing light streaming from heaven and commonly used to indicate “altar”—and in Chan came to relate the awe and inspiration experienced in a state close to absence, a “space infused with cosmological dimensions.” The result of the practice, awakening, literally “seeing buddha-nature,” is accordingly a state in which one “sees absence,” and the ultimate state a oneness with the world and everything, a close connection to heaven and earth, most concretely present in rivers and mountains, the dynamic flow of life in nature.

Becoming fully authentic, we do not have anything to prove. Rather, we can be withdrawn and unassuming, manifesting “blandness,” a characteristic of Dao in the Daode jing, like being invisible, inaudible, and subtle. Blandness is an optimal and discreet equilibrium where all qualities coexist simultaneously, a state of neutrality where one is not fixed within the confines of a particular definition. From here, we renew ourselves constantly, like heaven embracing the whole of reality while going along with its diverse patterns, always present, always connected, always immediate.

Having access to the undifferentiated foundation of all existence, we can live in original innocence, in true naivete. Free from intentional action, from evaluating judgments, from disturbing discernments, we can go along with all the changes of the world while attaining mastery of all our abilities. Fully realizing ourselves yet also completely at one with all beings, we can make the joys and sufferings of others our own as we respond to the diverse and changing circumstances of life.

In China Root, David Hinton presents an inspiring vision of Chan in close relation to its original Daoist roots, guiding us to recalibrate Buddhist thinking into more concrete, dynamic, earthy dimensions and to engage in a simpler yet even more immediate connection with the never-ceasing flow of life’s potency. For Zen practitioners today, this means moving away from the common inclination to see enlightenment as an altered state of consciousness, an ultimately alien, mystical state that results in thinking and actions far removed from the world. In its place, the Daoist vision offers an enlightenment in which we relate closely to nature and the flow of life, engage vibrantly with the world in immediate connection, and are truly and uncompromisingly real.