In the opening editorial of the May 2019 issue of Lion’s Roar, associate editor Lindsay Kyte reflects on the importance of having a variety of unique voices in Buddhist discourse. 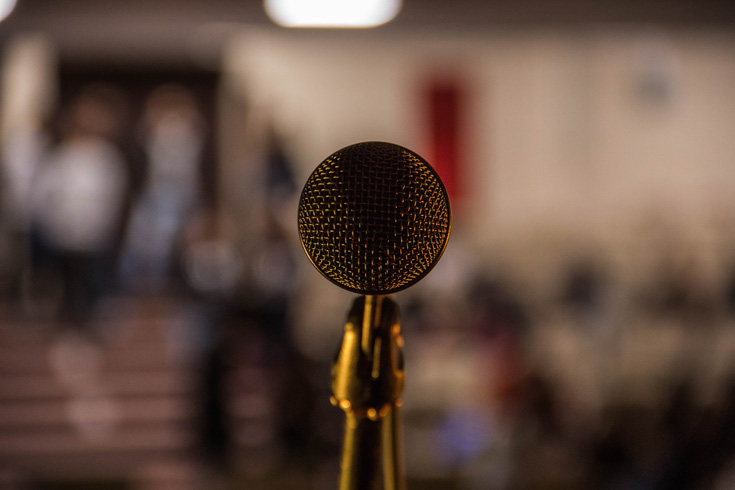 I think a lot about voices. Outside of my work as associate editor of Lion’s Roar, I am a playwright and an actor/singer. When I create characters in writing my own plays, I pay close attention to their distinct ways of expressing themselves—do they have lots of vocal pauses? Do they have colorful expressions? Do they use short or long sentences, generally?

I was recently emailing with Buddhist teacher Sylvia Boorstein about her trip to Puerto Rico with Sharon Salzberg, where they saw Lin-Manuel Miranda in Hamilton. Sylvia said that although other cast members had more technically proficient voices, there was something magic about Miranda. “His presence fills up and charges up every scene he is in,” Sylvia said.

It got me thinking about singers I love who don’t have conventional voices—Joni Mitchell, Nina Simone, Leonard Cohen. Often singers get caught up in trying to sound a certain way, forgetting that what is unique about their voices may be what audiences will resonate with the most.

When we bravely step forward, we need to make sure we’re nurturing ourselves as we take risks.

We feature articles in this issue that offer ways for what is often thought of as “Western Buddhism” to open up and include voices that are not necessarily new, but have not had a platform to be heard before. There’s Chenxing Han’s Asian American voice, so underrepresented in the mainstream Buddhist discourse dominated by white voices. Pamela Ayo Yetunde writes about Noble Black Manhood, a Buddhist antidote to the mass incarceration of black youth. Ann Gleig points out how class limits whose voices are heard in Buddhism. Roshi Pat Enkyo O’Hara challenges us to contemplate our biases about gender identity and sexual orientation, and Crystal Johnson, of East Bay Meditation Center, gives us a framework for creating a community where many voices can speak in a common space.

I have learned a lot from those who have been the major voices of Buddhism in the West so far. And I also relish the idea of previously unacknowledged Buddhist voices knocking everything that has been established on its keister, opening our minds in ways we can’t yet conceive.

I also know, as someone who works in the arts, that expressing your own unique voice can be really scary and vulnerable—singing your own song even though it may be rejected for not being the same voice everyone else has. That’s why I am delighted by Cyndi Lee’s piece on self-caring as an ongoing, every day practice. When we bravely step forward—to sing a song or to offer a new take on Buddhist wisdom—we need to make sure we’re nurturing ourselves as we take risks.

Once upon a time, Lin-Manuel Miranda must have done a first pitch about a “hip-hop musical.” It was probably not viewed then by some as a “valid form of theatre.” And yet it now resonates across cultures.

The artist in me loves nothing more than a voice offering me something I’ve never experienced. And the optimist in me, upon reading these pieces, sees hope that the future of Western Buddhism will resonate in voices whose time has come to be heard.