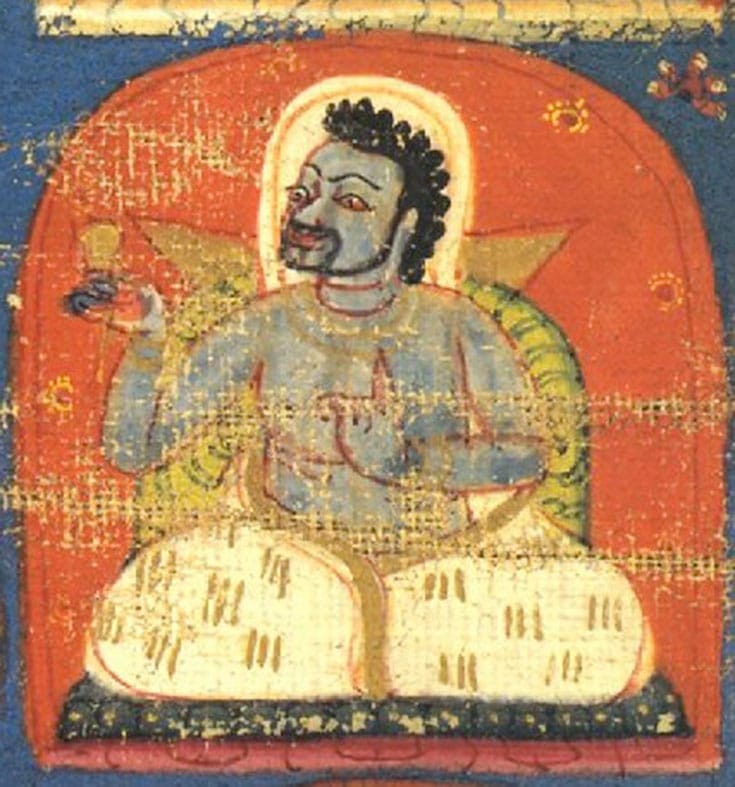 Padampa Sangye was a Buddhist mahasiddha who famously said “When bad omens arise, receive them as auspicious.” Image via Wikimedia Commons.

When the teacher F’s up, what’s a Buddhist to do? In light of recent, unsettling news stories, Justin von Bujdoss offers a clarification of the pure view of the tantric Buddhist path.

It may seem obvious to some, but it bears repeating: Buddhist teachers, like us, are human. Like us, they fuck up. This human fallibility of the teacher can be considered manifest in the recent news around Kagyu Thubten Choling Monastery and Lama Norlha Rinpoche and, even more recently, in the alleged abuses attributed to students of Sogyal Rinpoche in a letter confronting him about his behavior.

As a Buddhist teacher myself, I am privy to many such stories, some confirmed, others unconfirmed but from what I consider reliable sources. There are many, many stories of abuse in the Vajrayana tradition. And there are, similarly, nearly as many stories of cover-up, fearful silence, and anger.

What kind of bodhisattva will we be if we just hide and fake it?

One central aspect of the Vajrayana, or tantric Buddhist path, is the approach of pure view. In short, pure view is a practice in which the tantric Buddhist practitioner works to regard her interaction with the world around her, as well as her subsequent reactions to the world of experience, as inherently pure. Pure view has applications within yidam practice, and with the cultivation of the view within Mahamudra and Dzogchen. It is a way of uprooting, or disrupting, our ordinary samsaric, egocentric reactions and point of orientation so that familiarity with the cultivation of the experience of non-dual awareness might arise. Pure view is a powerful practice and a cornerstone of manifesting experience within the practice of tantric Buddhism.

But it’s not easy. Pure view gets especially complicated when we are trying to practice in relation to the fuck-ups of others, or, when “others behave badly.” From a question-and-answer session on the topic of pure view with the previous Jamgon Kongtrul Rinpoche:

Question: How can one maintain a pure view when others behave badly?

JKR: When you see somebody’s faults, you don’t make conclusions about the situation. Opinionatedness harms the practitioner. Furthermore, non-discursive analysis means being free of attachment and aversion, which also pertains to faults you might see in others. An earnest practitioner asks whether a fault he or she sees relates to that individual or whether it relates to his or her own [faults]. […] Having investigated the situation, a practitioner sees others’ faults as nothing but own mental fixations, which are always biased and judgmental.”

It’s important to remember that the pure isn’t situated on one side and the impure on the other side and at some point are blended to make a whole; this is a very materialistic understanding. Pure and impure aren’t objects that are mixed together to create a new color or texture. The nature of all things is pure. Having the sacred view means being free of concepts about pure and impure. We communicate through language by using words and try to describe the inexpressible, which isn’t the experiential level and isn’t the means to establish the deep meaning of the teachings. The essence of all phenomena is emptiness. Ascertaining emptiness is the sacred view. The ultimate, sacred view is cognition beyond notions of any kinds. When one apprehends phenomena, though, one doesn’t relate to their essence due to one’s habit of immediately designating a subject in contrast to objects one perceives. Having an impure view means not relating to the essence of things as they truly are, namely empty of substantial existence and free of distortions. One apprehends distortedly, but appearances in themselves aren’t distorted. Phenomena one thinks are pure or impure are by nature free of duality. Longing for purity or thinking one is free to do as one pleases have nothing to do with the sacred view. Merely believing in what one thinks is pure is also a mistake. Believing in an exclusive sphere that one calls “sacred” and thinks is outside the present moment is being biased; it is a defiled emotion, a mental fixation that a misled student clings to.

Here we see the complexity of pure view; at the end of the day, pure view means that our perception should be free of concepts of pure and impure, and that we should remain non-discursive and free of attachment and aversion. It also, obviously, is not license to do whatever one likes because everything at its root is pure.

In tantric Buddhist practice, pure view around the lama, or teacher, is paramount. My root teacher once told me that the blessing of a teacher you regard as a Buddha will be that of a Buddha, if you think of them as an ordinary samsaric being, such will be the blessing. This is an essential part of the tradition — uncomfortable for some, but tradition nonetheless. The entire technology of empowerments or “initiations” and reading-transmissions rests on the notion that you are receiving empowerment or a transmission directly from your teacher who is no different than the Buddha. In this way we try to maintain a connection to the source of dharma through our practice.

At the present moment, when it feels like some sanghas are being torn apart by the abuses of their central teachers, I have watched pure view be demonstrated in a way that seems to promote a dissociative, head-in-the-sand type of perspective. This kind of practice simultaneously ignores the ethical violations and violence inherent in the abuse committed, and turns a blind eye to the power structures in some of these sanghas that perpetuate the harm of their members. I find this very disturbing.

Pure view becomes dissociative when we cannot accept that what is going on around us is actually going on. It becomes dissociative when we are scared and unable to be in direct, open relationship with whatever situation we find ourselves in. This is a form of hiding behind the concept of buddhanature, rather than struggling at times with the harsh reality that this fucked-up situation is also perfect, even though it really bothers me. It is a technique of cut-and-paste rather than natural integration or natural arising. It is a defensive tactic rather than an experience of acceptance. It is a way of saying to ourselves, “anything but this.”

The stories of the Indian mahasiddhas and the early progenitors of tantric Buddhism in Tibet like Guru Rinpoche and Marpa and Milarepa are rife with the hard, disappointing experiences that they had to face. Shit hurts. Really disappointing things happen. We get shaken to our core and want to give up. Sometimes things become pretty pointless pretty fast. This is the time to practice real pure view. This is when our fears become treasure, when we can liberate ourselves from suffering.

A teacher once told me, “I hope you live a long and painful life.” After I asked her why she would say that, she responded, “Without engaging in the work of dharma practice through our own suffering we won’t develop realization that can be of benefit to others.” Indeed: what kind of bodhisattva will we be if we just hide and fake it?

Genuine practice of pure view involves encountering the pain and discomfort associated with the realization that all this shit that sucks is actually empty. It’s there, it’s disappointing, and it really, really sucks. It doesn’t mean that we hide and let sexual predators continue to hurt others, or let big, powerful, famous teachers obsessed with wealth and building projects pressure students for donations. Not at all. We can bring light where there had been darkness, and justice to those who have been hurt, and engage in the very powerful practice of pure view that I am the student of someone who fucked up. Perhaps it was a royal fuck-up, and they should face the consequences of their abuse — and yet somewhere in this experience there is fundamental purity.

The practice of pure view really only works if we can be open and honest and maintain soft awareness of how hard the practice really is. When our practice becomes tall grass that allows us to hide from our fear and anxiety and brokenness, we are only hiding. Practicing like that, we might inadvertently enable the suffering of others. That is not real dharma practice!

Part of pure view is learning to accept how shitty this moment is and break through the story of our finite, tiny relationship to it. The mahasiddha Padampa Sangye said it best: