We believe that growth can be endless, that consumption need have no limits, that meaning is found in things, that aggression brings peace. In this essay from the July 2003 issue of Lion’s Roar, Margaret Wheatley asks: What happened to our ideals? 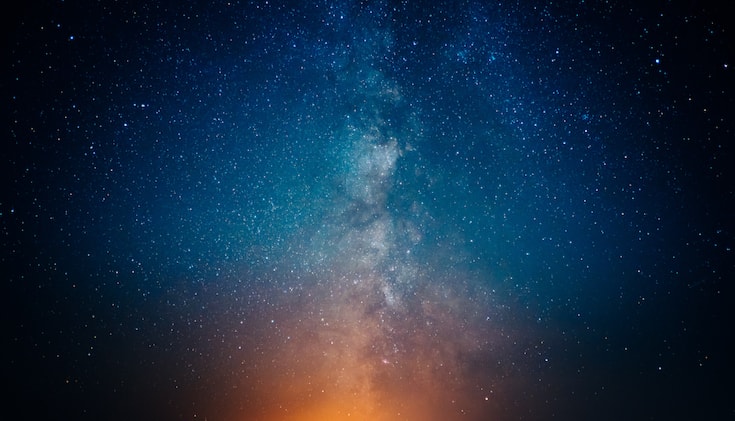 My nation now knows more about waging war than it does about anything else. We know what can be done with different guns, missiles and fighter planes. We even know the nicknames given to aircraft carriers. Retired military officers, now TV stars, have explained the details of battle strategy, demonstrated every weapon in America’s arsenal, paraded soldiers on morning TV wearing the newest battle technology. I remember listening to a pilot excitedly describe on television his night vision goggles, how he could see where his bombs landed. When the bombs hit, TV viewers see only plumes of fire and shattered buildings floating eerily in the air, but this pilot sees the destruction in detail.

I remember using those same night vision goggles. I was working for the Army Chief of Staff in 1993 and 1994, supporting his efforts to create a military that could respond to this troubled world. It was dark night, and I was riding in a Hummer through the Army’s desert center for tank training. We rode in total blackout, not a light anywhere, goggles on. At one point, I raised my head and looked up. Instantly, stars we can’t usually see were glowing in my eyes. (Astronomers estimate that there are at least 50 million stars behind each one we can see.) I have never forgotten that rapturous glimpse into the universe provided by military technology.

I experience this as a dark time for America, a time when we have lost our way. I search to find the means for us to see clearly through the darkness. I want us to be able to see both the destruction and the stars.

I felt this even before we chose war, for more fundamental reasons. In the past several years, America has embraced values that cannot create a sustainable society and world. Currently, we organize our activities around beliefs that are inherently life-destroying. We believe that growth can be endless, that competition creates healthy relationships, that consumption need have no limits, that meaning is found in things, that aggression brings peace. Societies that use these values end up, as do all voracious predators in nature, dead.

It’s very difficult to look truthfully at these times. It’s painful to acknowledge that these ideals are no longer vibrant, that, in fact, they may be disappearing.

I know that most Americans would be shocked at this list of national values, but I see them clearly in our behaviors and the choices we make. I also know that this is not who we want to be. So how did we get here? What happened to our ideals of life, liberty, democracy, independence, imagination?

This devolution frequently happens to individuals, organizations and nations. It’s a gradual and nearly invisible process where values quite contrary to those we treasure seep in and grow in power. As these contrary values are used in more and more decisions, higher principles recede into the background and have little influence. We may still think they matter, but they aren’t guiding our behavior. Usually, it takes a crisis and deep distress for us to look honestly at ourselves and notice who we’ve become.

I feel that America is standing on the edge of an abyss. She is in the midst of a dark night of the soul, and in a dark night, meaning is lost, identity disintegrates and we move into that most creative of spaces, chaos. W.B. Yeats powerfully describes a dark night in “The Second Coming.”

Turning and turning in the widening gyreThe falcon cannot hear the falconer;Things fall apart, the center cannot hold;Mere anarchy is loosed upon the world;The blood-dimmed tide is loosed, and everywhereThe ceremony of innocence is drowned;The best lack all conviction, while the worstAre full of passionate intensity

There is only one way through a dark night, and that is by illuminating the truth of who we are, surfacing the grief and regret we feel, and then reclaiming those values and principles that would bring us back to life. We need to walk willingly into the abyss, peering through the darkness to find those values, that identity that holds its own luminosity. As we reclaim our ideals, we find the way forward, the path illuminated by our clarity about who we want to be.

I wish to see Americans in conversation about the values and behaviors that would restore America to her intended character, to her original founding principles. I regard the recent spate of books about the founding fathers, the Constitutional Congress and the American Revolution, as evidence that America wants to be in this exploration. Even as I’ve been writing this, PBS is airing “Freedom: A History of the U.S.,” while also advertising Walter Cronkite’s upcoming series, “Avoiding Armageddon.”

I’ve begun to invite the people I meet into conversation by asking, “What is it that you love about America? What things must be protected at all costs?” These questions lead to wonderful explorations: people are energized to talk about what they love, what it means to live here as an immigrant, and what they’ve learned about freedom, imagination, the human spirit, creativity and democracy. Even if these ideals are receding from our day-to-day experience, we realize how important it is to claim them as our own.

I fear waking up one morning from this awful trance that has dulled my imagination and heart, and wondering what happened to the energy and ideals I once had as an American. In his poem, “The Truly Great,” British poet Stephen Spender warned that we must, “Never to allow gradually the traffic to smother with noise and fog, the flowering of the spirit.” Sacred values erode so slowly, lost to our awareness through subtle, darkening forces. I hope we can find the means to see the stars through this dark night.