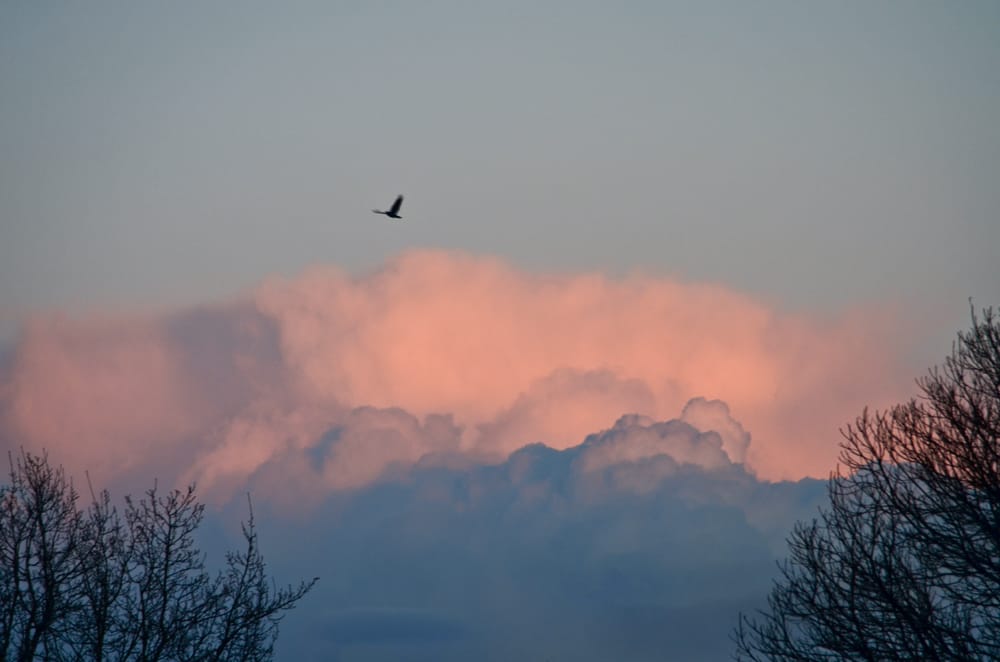 When Ben Gallagher’s partner, Zoë Nudell, was hit and killed by a drunk driver, he was left asking himself the agonizing question, “Where are you now?”

Zoë went out for a jog on the evening of October 30th, 2013. I made us dinner and continued reading my book until her lateness became suspicious. I worried she had been abducted or raped, which I told myself was paranoia. Eventually I walked around the block and found the police caution tape, and entered a world I have not left for more than a year. She had been struck and killed by a drunk driver.

I still have not told anyone the details of my time at the hospital, memorizing her bruised and swollen face, holding her hand as it spasmed from the brain trauma. The speed with which she was removed from my world paradoxically meant it has taken me a long time to integrate the fact of her absence into my mind. I still touch on those hours in the I.C.U. very briefly before I must look away again.

I held her father’s hand in mine as we stood around her body, hard and cold after she had been unplugged from the machines that were sustaining her breathing. We tried with every exhale of our own to send out warmth and positivity to help her spirit come to terms with leaving her body, but I felt the harsh sterility of the empty hospital room around me. The painful uncertainty that surrounded us while she was on life support had given way to an even more painful certainty. Once I left, I would never see her again. Thinking back now, it seems impossible that I walked away from her in the same way I leave every room, but it’s true. My legs took me to the door, I turned the handle, and I heard it close behind me.

At the time of her death I had been sitting with my Zen sangha for about six years, not a long time. I felt then and still feel very much like a beginner. I was sitting on my own every day, and meeting once a week with the sangha for group meditation. The regular discipline of meditation felt important on a deep level, but I couldn’t articulate it in ways much clearer than that.

The inability to look away from death is what led me to enter a five-day meditation retreat, the month after she was killed. Outside, the world was cold and bare. We sat for ten hours a day, and had an hour break after each meal. I would go to my room and lie on the bed, sobbing. I pictured Zoë in my mind saying “why are you punishing yourself?” and I would be ready to pack my bag and leave. But then I would think to myself “is there really somewhere you can go and not have these feelings?” When I realized I couldn’t escape my grief, I would decide to stay for one more sit.

The one place where I felt safe was on my cushion staring at the wall. Safe is perhaps a misleading word, since the thoughts and feelings I had there were just as agonizing. But I knew that as long as I was sitting I couldn’t act on any of them, and so the impulse to run away was muted. The roshi told me that Zen is not a tradition that offers comfort, and I was grateful for that. In my experience, the comforting platitudes that people seemed to speak without thinking were infuriating, empty, untrue, or disconnected from me and my grief. The lack of intellectual comforts in Zen was what felt right to me, since the whole world seemed to be made of paper anyway. The wall and the silence in the room held me, and gave me space to go as deep into emptiness as I could handle.

I asked the roshi for a koan to sit with, and he suggested I work on case 36 in the Hekiganroku, Chôsa Goes Picnicking. It reads like this:

Setchô commented, “I am grateful for that answer.”

Chosa is exactly where he is. The beautiful world that he sees is the world in front of him, not yesterday’s world or the world of the coming autumn. When I am Chosa, what is my world? It is sadness. When I sat with this koan last year, I felt that the koan was asking me to see the beauty that is everywhere in the world, but I wasn’t ready to do that yet. What if the beauty in my world is my sadness? All I knew was that Chosa wasn’t trying to be anywhere else, and if I was sitting with Chosa I was going to have to be sad with my whole being.

The recognition of present-moment beauty became a litmus test through the following year. During February and March I gained the capacity to laugh, but nothing I did to distract myself would last for long. Every solitary moment served as a resonating chamber for loss. As the spring sky emerged I realized I was keeping track of birds and watching for signs of green-gold growth. But even these returned me to the thought that Zoë would never again enjoy them. It was as if I had suffered a kind of nerve damage. I could see beauty pressing on me, my mind said I should have a positive feeling, but the sensation continued to be one of sorrow and lack. Finally, in the height of summer, I took a trip to the ocean. Diving in to Atlantic water that surprised me with its warmth, I swam from the beach out to a nearby island and clambered onto the rocks. The sun dried me, I watched the ocean’s edge fuse seamlessly with the sky, and for a brief moment I didn’t feel the need to bring Zoë there beside me.

This year I asked again to sit with the question of life and death, and the roshi gave me the koan of Tosotsu’s three barriers. Condensed into their most potent form, they are:

I struggled a long time with this first barrier, which they say also unlocks the other two. Like my struggle with Chosa a year ago, where I am is not a comfortable place. It is true that this year, the sadness is not as pervasive, and the beauty I was resisting is more visible. Beauty is also a misleading word. It suggests that much of the world is not beautiful, that there is some kind of binary or contrast at work. Yet in sitting it becomes clear, to me at least, that every single part of the world we are in is beautiful and perfect just as it is. It can’t be any other way in fact.

It feels important to emphasize that this isn’t a fatalistic attitude or a belief in predestination, but simply that in the moment that is now, everything is exactly right. When Unmon says “Every day is a good day,” it is the most complicated expression of that realization. Unlike the comforting platitudes offered to grieving people, Unmon is challenging us to see the world exactly as it is, exactly this heartbreak, exactly this tragedy, exactly this blossom. What is it that comes along and obscures that vision for us, obscures it with desires for a different past or a different future?

It is still the case that my present moment has sadness in it, and I suspect it always will. Can something be exactly perfect and be sad? I believe it can, but it takes a lot of effort and sitting to hear “every day is a good day” as a very deep truth, one that includes all our griefs and sorrows. Another Zen attitude might be: if you are sad, cry. If you are hungry, eat. If you are tired, sleep. These are not connected like cause and effect, but are simply a succession of exactly perfect nows. There’s nothing wrong with grieving, it too is perfect, and when you are grieving the whole world is grieving with you. The rocks are crying, and the trees, and the birds, and the cars. You can’t not look at grief.

But if you can’t not look at it, still it is difficult to bear. I certainly couldn’t, not all the time. Staring at a wall for ten hours every day is the best way for me to bear anything, I have discovered. Reflecting on it now, I see that grieving was made easier once I removed the possibility that I could do something to make it go away. I also know that I will be sitting with the question of life and death for a very long time. I’m not sure if there will ever be a moment when the question “Where am I now?” isn’t the most challenging thing to ask.

Ben Gallagher is a poet, essayist, and arts educator. He recently completed his MA in English & Cultural Studies, where he wrote on madness, grief, and contemporary art. He currently lives in Toronto.