What if our online life gets in the way of our flesh and blood connections? Sumi Loundon Kim on how she cut the wireless tether. (It wasn’t easy.) 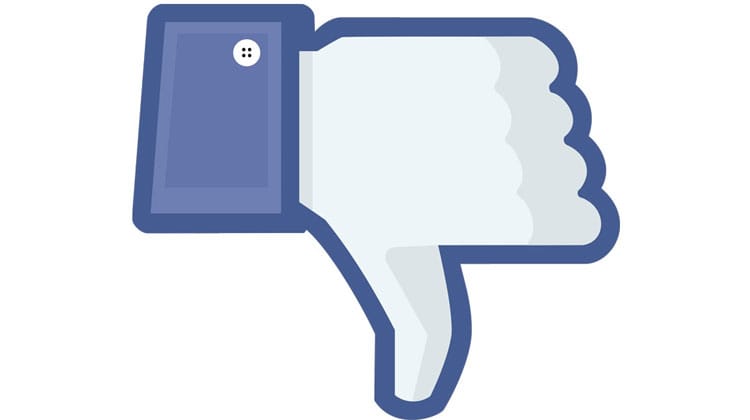 My Facebook addiction began six years ago when my husband said to me, with no apparent irony, “Facebook is so cool! Why don’t you join so we can become friends?”

A year later, we relocated to a city where we had no friends or family. The lively and loving exchanges with old friends through Facebook mitigated my sudden isolation and got me through a pretty tough year. Eventually, I made friends in the new city, but my Facebook habit continued. In fact, it intensified.

After five years of clicking through the News Feed, however, disenchantment began to creep in. Who would have guessed that normally exciting stuff could become so repetitive? Same-ol’, same-ol’: snapshots of chic restaurant meals, babies, vacations, calls to rally around causes—Oh my God, how many causes can someone take on?!—snippets of wisdom from Buddhist teachers, cartoons, jokes. I became further disenchanted when I realized I was using Facebook for approval, a sense of belonging, and subtle self-promotion. And I often mentally rebuked some of my Buddhist friends for their own blatant egotism.

I then made a commitment not to post anything personal. Using the guidelines of right speech, I only commented on others’ status updates and posted what I found truly useful, uplifting, and funny. Doing this helped me recognize where Facebook was entangling my ego. It also changed the way I sought approval and friendship. Now these came from the people around me rather than through online connections.

Paring back on my postings showed me how I had been living my life through “Facebook status possibilities,” rather than just being in and enjoying the moment.

Anything interesting was now a potential status update, and I would spend a lot of time formulating the most clever, attention-grabbing wording—a fairly universal trait of Facebook users. It was like looking at life through a camera. That distanced quality was increasingly incongruent with what I was trying to do in meditation practice.

Last December’s shootings in Newtown, Connecticut, gave me a whole new angle on Facebook’s impact. One of the first things I did after hearing the news was to scroll through the News Feed. I wondered why I had this impulse. Observing my grief-stricken and terrified mind, I saw that I was looking for comfort from others. But what actually happened was that other people’s outrage and anguish intensified my own. I was searching for a sense of connection, but as soon as I walked away from the computer, I was alone in my empty apartment. What I needed was physical comfort, a hug, to hold and be held by others. That Facebook cannot provide, yet I would return to it again and again, searching for what was not there.

Daily meditation practice began revealing to me how living in continual distraction robbed me of so much. When I rested my attention on the breath and let go of distractions (thoughts about Facebook being one of them!), my mind felt restored, revitalized, made whole in a very pleasurable way. I began noticing how my online habits were splitting my attention and reducing my quality of life. one time, I was toodling away on Facebook, my back turned to the family, when my four-year-old son came up to me to talk and cuddle. I told him to go play. Noticing this and similar instances, I made a rule not to use my computer unless the kids were in bed or at school.

That was when I discovered the strength of my addiction. one day, while watching my kids at the park, I literally had to sit on my hands to keep myself from sneaking a peek at my phone. What I felt was, “The present moment is really boring in comparison to what’s happening online. What’s happening online is more like a big, chatty, nonstop party!”

In the middle of the night in early January, it hit me that, taken altogether—the repetitiveness, self-promotion, superficial sense of belonging, fractured attention, disconnection with those present around me, and my addictedness—Facebook was doing me more harm than good. I couldn’t wait until the morning to shut down that damn account.

The first few hours after closing my Facebook page were mind-bending. My husband went onto his account to see if any trace of Sumi Loundon Kim remained. Nothing. For a few minutes, I felt like I no longer existed. There was no “Sumi” in the online ecosystem. I’m not sure what an insight into nonself feels like, but it seemed close. It was freaky and liberating at the same time.

It felt so good, in fact, that a few days later I disabled Google chat in my Gmail account because my eyes would constantly flicker over to the box to see who was online. I noticed how often I checked email on my cell, so I removed that function. A month later, I changed the texting aspect of my mobile-phone plan and now only use it for immediate, necessary transactions.

It was quite interesting to observe the psychological effects of leaving Facebook, in addition to reducing online connectivity in general. I see that I was living with a divided mind: one in reality and one in a kind of mental dia- logue with my online/media world. My mind had been playing a continuous loop, asking and answering seven questions, at all times, even when I was away from a computer or tech gear:

Did an email come in?

Did I get a text that I might have missed? Who’s on Google Chat now?

Is my phone ringer at the right setting so I can hear it?/Did I miss a call?

Are there any messages on the home answering machine?

As I’m letting go of the alternate reality of the online world, I find myself much more attuned to actual reality. I am more interested in the people right in front of me because I am not half-attending to the virtual people online. I kind of feel like I am waking up: Oh wow, there’s a blue sky! There’s the sound of birds chirping! My daughter is giving me a big hug right now! It has been fascinating to feel my attention restored to greater wholeness. I have a lot more buoyant mental energy, and I can feel a certain return of tranquility, as well as a willingness to think about one thing at a time more deeply, rather than many things in a cursory, shallow manner.

The online world is a reality; it’s not nonreality. And yet, as with our thought process, if we get too wrapped up in it, we risk losing touch with the beauty, richness, and wonder of the present moment and loving fully those in our own homes. Thoughts are a reality, too, but if we live only in our thoughts, we miss a great deal and misunderstand even more.

The Sumi of 2007 would have felt that the Sumi of Now is a real party pooper, a dour Buddhist who can’t handle the modern world. But for me right now, renouncing constant connectivity doesn’t feel like deprivation. It is renouncing an addiction—and, therefore, gaining a degree of freedom.