Bhikkhu Bodhi looks at how Buddhist practice can be applied to the modern world in a way that provides aid to various problems of the age. 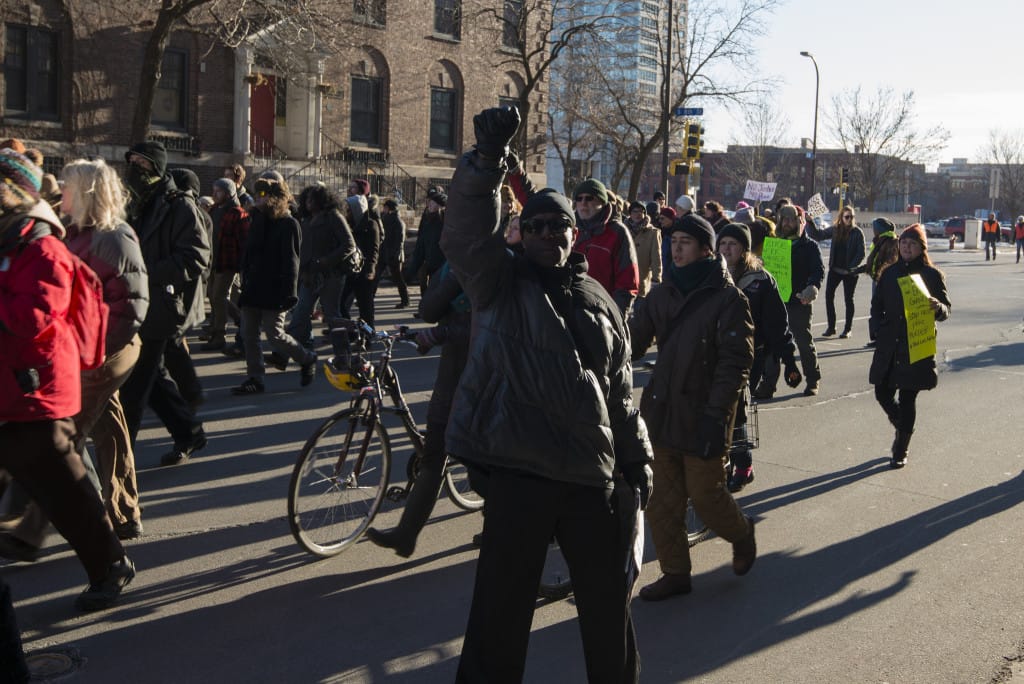 Each morning, I check out a number of Internet news reports and commentaries on websites ranging from the BBC to Truthout. Reading about current events strongly reinforces for me the acuity of the Buddha’s words: “The world is grounded upon suffering.” Almost daily I am awed by the enormity of the suffering that assails human beings on every continent, and even more by the hard truth that so much of this suffering springs not from the vicissitudes of impersonal nature but from the fires of greed, hatred, and delusion raging in the human heart.

Seeing the immensity of the world’s anguish has raised in my mind questions about the future prospects for Buddhism in the West. I’ve been struck by how seldom the theme of global suffering—the palpable suffering of real human beings—is thematically explored in the Buddhist journals and teachings with which I am acquainted. It seems to me that we Western Buddhists tend to dwell in a cognitive space that defines the first noble truth largely against the background of our middle-class lifestyles: as the gnawing of discontent; the ennui of over-satiation; the pain of unfulfilling relationships; or, with a bow to Buddhist theory, as bondage to the round of rebirths. Too often, I feel, our focus on these aspects of dukkha has made us oblivious to the vast, catastrophic suffering that daily overwhelms three-fourths of the world’s population.

An exception to this tendency may be found with the Engaged Buddhist movement. I believe this is a face of Buddhism that has great promise, but from my superficial readings in this area I am struck by two things. First, while some Engaged Buddhists seek fresh perspectives from the dharma, for many Buddhism simply provides spiritual practices to use while simultaneously espousing socio-political causes not much different from those of the mainstream Left. Second, Engaged Buddhism still remains tangential to the hard core of Western interest in Buddhism, which is the dharma as a path to inner peace and self-realization.

If Buddhism in the West becomes solely a means to pursue personal spiritual growth, I am apprehensive that it may evolve in a one-sided way and thus fulfill only half its potential. Attracting the affluent and the educated, it will provide a congenial home for the intellectual and cultural elite, but it will risk turning the quest for enlightenment into an private journey that, in the face of the immense suffering which daily hounds countless human lives, can present only a resigned quietism.

It is true that Buddhist meditation practice requires seclusion and inwardly focused depth. But wouldn’t the embodiment of dharma in the world be more complete by also reaching out and addressing the grinding miseries that are ailing humanity?

I know we engage in lofty meditations on kindness and compassion and espouse beautiful ideals of love and peace. But note that we pursue them largely as inward, subjective experiences geared toward personal transformation. Too seldom does this type of compassion roll up its sleeves and step into the field. Too rarely does it translate into pragmatic programs of effective action realistically designed to diminish the actual sufferings of those battered by natural calamities or societal deprivation.

By way of contrast, take Christian Aid and World Vision. These are not missionary movements aimed at proselytizing but relief organizations that provide relief and development aid while also tackling the causes of poverty and injustice. Similarly, the American Jewish World Service doesn’t aspire to convert people to Judaism but to express Judaism’s commitment to social justice by alleviating “poverty, hunger, and disease among the people of the developing world regardless of race, religion, or nationality.” Why doesn’t Buddhism have anything like that? Surely we can find a supporting framework for this in Buddhist doctrine, ethical ideals, archetypes, legends, and historical precedents.

I recognize that many individual Buddhists are actively engaged in social service and that a few larger Buddhist organizations work tirelessly to relieve human suffering around the globe. Their selfless dedication fully deserves our appreciation. Unfortunately, their appeal has as yet been limited.

Buddhist teachers often say that the most effective way we can help protect the world is by purifying our own minds, or that before we engage in compassionate action we must attain realization of selflessness or emptiness. There may be some truth in such statements, but I think it is a partial truth. In these critical times, we also have an obligation to aid those immersed in the world who live on the brink of destitution and despair. The Buddha’s mission, the reason for his arising in the world, was to free beings from suffering by uprooting the evil roots of greed, hatred, and delusion. These sinister roots don’t exist only in our own minds. Today they have acquired a collective dimension and have spread out over whole countries and continents. To help free beings from suffering today therefore requires that we counter the systemic embodiments of greed, hatred, and delusion.

In each historical period, the dharma finds new means to unfold its potentials in ways precisely linked to that era’s distinctive historical conditions. I believe that our own era provides the appropriate historical stage for the transcendent truth of the dharma to bend back upon the world and engage human suffering at multiple levels—even the lowest, harshest, and most degrading levels—not in mere contemplation but in effective, relief-granting action illuminated by its own world-transcending goal.

The special challenge facing Buddhism in our age is to stand up as an advocate for justice in the world, a voice of conscience for those victims of social, economic, and political injustice who cannot stand up and speak for themselves. This, in my view, is a deeply moral challenge marking a watershed in the modern expression of Buddhism. I believe it also points in a direction that Buddhism should take if it is to share in the Buddha’s ongoing mission to humanity.