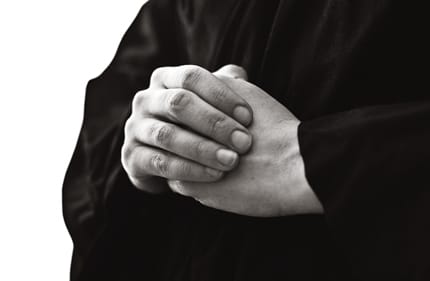 The lifetime teaching of Dogen can be found in one phrase: Genjo koan, says Nishiari Bokusan, the late head of the Soto school. When you come to know it intimately, you will see why it encompasses everything.

This fascicle, Genjo koan, is the most difficult of the entire Shobo genzo (Treasury of the True Dharma Eye). Even the teachers of old made mistakes and developed distorted views. All of you should open the great vital eye and penetrate Dogen Zenji’s words without sparing body or life.

This fascicle is the skin, flesh, bones, and marrow of Dogen. The fundamental teaching of Dogen’s lifetime is expounded in this fascicle. The buddhadharma of his entire life is revealed in this work. The ninety-five fascicles of Shobo genzo are the offshoots of this fascicle.

In general, when the old teachers presented their essential teaching, they each had one phrase that none of their predecessors had chosen, and on which they based their teaching. With this phrase they penetrated a whole lifetime. Teachers in the past did not have two phrases. Therefore, that one phrase expressed their dharmakaya. For example, the “One Bright Jewel” of Xuansha, the “Cypress Tree” of Zhaozou, and “This very mind is Buddha” of Mazu are all words of iron never spoken by anyone before. With one phrase they thrust forward the suchness of the cosmos, and set in motion the same wheel of dharma as the Buddha.

The same thing can be said of Dogen. He sees straight through the world of the ten directions as Genjo koan, which are his words of iron. When this phrase is cracked, the ninety-five fascicles appear here and there as branches of it. For that reason, the lifetime teaching of Dogen is all in the one phrase, Genjo koan. So, this fascicle is placed first in the seventy-five-fascicle version of Shobo genzo, edited by Zen Master Ejo. It was done under the supervision of Dogen, who had the vision for the basic teaching of the school.

Bendowa (On the Endeavor of the Way), on the other hand, is placed first in the ninety-five fascicle version, which is most commonly read now. This version is arranged according to the dates when the fascicles were first expounded. We can see why Dogen expounded Bendowa first when we think about this compassionate heart that raised the teaching of correctly transmitted samadhi in Japan, where Zen was not yet spread. However, it is in Genjo koan that Dogen opened up his body and mind and presented the foundation of the Buddha’s lifetime dharma.

Thus Dogen Zenji concentrated his mind wholeheartedly on this fascicle, dividing it into fourteen sections, explaining it in detail. Both the style and the teaching are exquisitely profound and subtle. Therefore you who are his dharma descendants should read this fascicle day and night with respect and make it the root of your practice, birth after birth, world after world.

Then what in the world is Genjo koan? First of all, you should get it right down in your hara. This cannot be done solely by thinking. On the other hand, you cannot grasp it without knowing the basic principle. So first I will explain it in an analytical fashion.

Genjo koan is the original self-nature of the universal dharma realm as it is. This dharma realm is immeasurable and limitless. It contains past and present, the three worlds, the ten directions, delusions, enlightenment, all buddhas, sentient beings, birth, and death. It also contains all other things. Each and every dharma element turns into being, emptiness, liberation, and ultimate reality.

Generally speaking, in all directions the big cannot contain the small. The long cannot contain the short. Each and every dharma element is itself ultimate reality. Even a single particle is immovable and does not admit the slightest slippage. The entire world, as it is, is what is called Genjo koan.

Each and every element of the discriminated world is itself Genjo koan. The discriminated has a thousand types and ten thousand kinds. For those who are enlightened it is not sufficient to call enlightenment the whole body of the dharma realm. To those who are deluded it is delusion all the way to the bottom of the Avici Hell. When we see with the discriminating mind, the distance between enlightenment and delusion appears to be like that between heaven and deep water. So we exhaust ourselves in oscillating between the true and the false.

The Genjo koan here is such that we do not exclude false views, nor do we seek the true. Those who are deluded are deluded within Genjo koan. In all dharmas there is no lack; they cannot be broken, obtained, or thrown away. The original face, the original nature as it is, is called Genjo koan.

Now, in what sense is Genjo koan the dharma road of the entire world? I will now talk about each separate ideogram of the words Genjo koan.

As for gen, it usually refers to an appearance that has been hidden as in genzen (surface appearance) or genzai (present being). But that is not how it is meant here in Genjo koan. The gen spoken of here is not the gen that is related to hiding or appearing, remaining or perishing. There is neither hiding nor appearing in the true genjo. When we say that a hidden thing appears, it usually refers to the appearance or gen that is relative to hiding. In this dualistic sense, it is the phenomenon of birth and death. But actually, in the realm of the true genjo, there is no hiding. Thus there is no appearing.

The “eyes horizontal and nose vertical” of every person is bright and clear. There is nothing to hide, so there is nothing to reveal. The genjo that is meant here is like this. A great secret is greatly apparent. What is greatly apparent is a great secret. What can be merely hidden or revealed is not true genjo. When we say there is no hiding or appearing, it means that there is no arising or perishing, no increasing or decreasing. The dharma realm of heaven and earth, as it is, extends from the Kashyapa Buddha in the past to Maitreya Buddha in the future, unceasingly through past, present, and future, regardless of the creation or destruction of the world. This is gen.

In the Heart Sutra it says, “There is no birth, no death, no defilement, no purity…” No dharmas have been created by buddhas, devas, human beings, or asuras. All dharmas are complete of themselves in the original face. They are free from integration or disintegration.

Ko means impartiality and fairness. Large is not small. Long is not short. A plateau is high and flat. A plain is low and flat. All dharmas dwell in their dharma positions. They do not hinder one another; things are as they are and their original nature is nirvana. This is ko.

An means to hold, or to bear the three qualities— gen, jo, and ko— without losing them.

This is the meaning of these characters, but among them koan means law or government. A nation has a government, as does a region or a village. Where there is government, there is law. When the law is established it cannot be reversed. No one can change it. This is koan.

Upon hearing this, you might say, “No, you can change a mountain if you crumble it; an ocean can be a plain if you fill it with earth; a fool can become a wise person and a wise person can become a fool.” But that’s foolish; however you crumble a mountain, it will never move. A mountain is like a long piece of iron and cannot be moved. However you fill an ocean, it can never be moved. An ocean is an ocean, which is a long piece of iron. Not only a mountain or an ocean but everything is like this.

Not only delusion and enlightenment but appearance and reality as well as essence and form are like this. To hold the dharmas of genjo as genjo, without contriving, without causing increase or decrease, throughout past, present, and future, without changing or turning, is Genjo koan. It is nothing but “All dharmas themselves are ultimate reality.”

Priest Honko says about Genjo koan, “Study with your hands in shashu over your chest.” Honko was an outstanding person in the ancestral Soto lineage, a person with complete practice and comprehension. He summarized the essence in this way. The fact is that Genjo koan is not something speech can reach. It is just shashu upon your chest, just this total activity. There is no other way but to understand it as it is and accept it as it is.

Now it is a shame that so many people view the essential teaching of Dogen Zenji with small eyes. Be more expansive! Be like the roof covering the monks’ hall! Look up there! It doesn’t concern itself about whether you are a deluded person, an enlightened person, a sleeping monk, or a great priest. It glares at you with baggy eyes. Your every day should be like the state of that roof. If you are stuck on your desire to be enlightened, you will never get to the essential teaching of Dogen Zenji.

Nishiari Bokusan (1821–1910) was a prominent Dogen scholar and author of Shobo genzo Keiteki (The Opening Way of the Shobogenzo). He was the head of the Soto Zen school and served as abbot of Sojiji in Japan, an important temple in the Soto tradition.