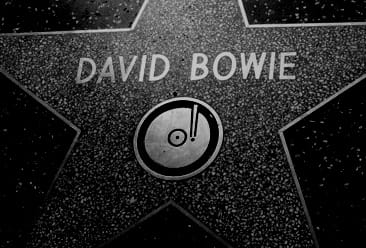 Photo via Creative Commons, by iluvrhinestones

According to Bowie’s will, he’d wanted his body cremated and for his ashes to be released “in accordance with the Buddhist rituals.” Indeed, The Guardian reports that, in lieu of a funeral, “his close family scattered his ashes following a Buddhist ceremony” in Bali, as his will had indicated.

Bowie, as it is now well known, understood that he was in his last days, as the stunning video for “Lazarus,” from his majestic Blackstar LP, released almost simultaneously with his passing, seems to telegraph to us directly.