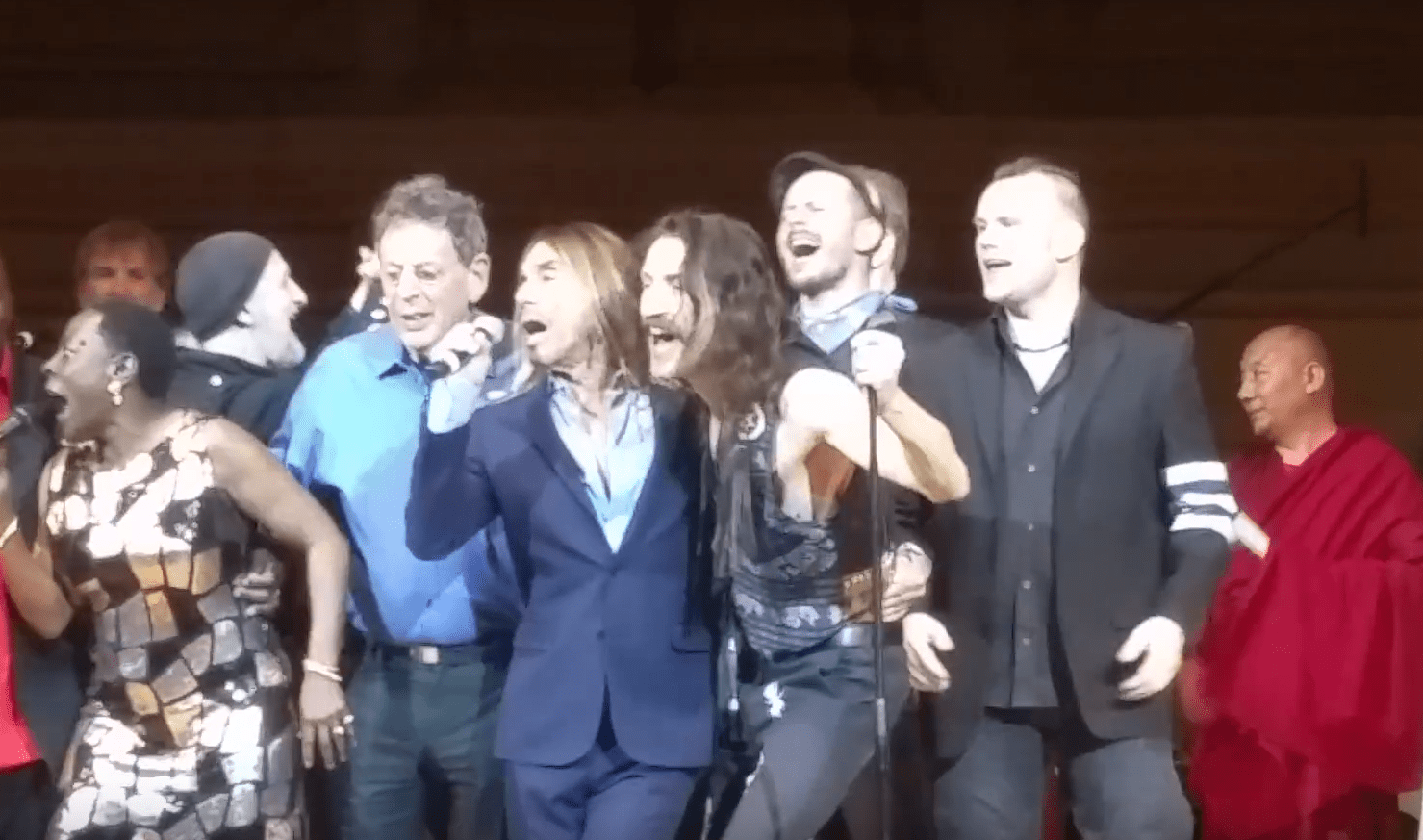 Iggy Pop and Sharon Jones are joined onstage by Philip Glass, members of Gogol Bordello, and others at this year's Tibet House benefit concert.

As recently announced here, the annual Tibet House benefit concert took place in New York last night, and featured a number of the great acts including Iggy Pop, Basia Bulat, Dechen Shak-Dagsay, FKA twigs, Foday Musa Suso, Gogol Bordello, Lavinia Meijer, Sharon Jones, and Philip Glass. Naturally, there was tribute paid to the late David Bowie, who had himself sang at the concert and talked about his connection to Buddhism one year.

…and then, with Sharon Jones, “Tonight,” a song Bowie had recorded with Tina Turner: