It takes courage to undertake a retreat, says Andrew Holecek. But in that container, we find freedom. 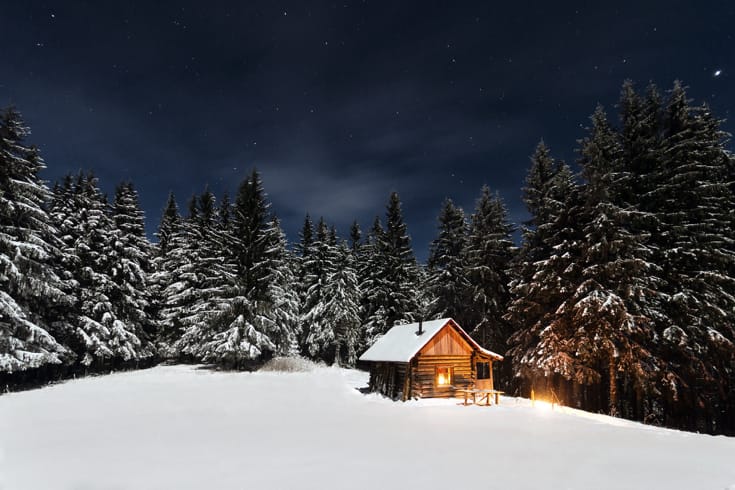 The principle of retreat speaks directly to the power of environment—step into Times Square or the Strip in Vegas, archetypes of an anti-retreat environment, and you will feel the torrential force of distraction. The relentless activity and noise of our postmodern age rips the mind away from its tranquil depths and into the shallows, where dissatisfaction and suffering rage. It’s the very signature of this Kali Yuga, or dark age. Step into a Zen monastery or St. Paul’s Cathedral, however, and that fractured mind can be healed by the environment of tranquility.

Until the embryonic meditative mind can stand on its own feet and walk confidently into this sidetracked world, it needs the stabilizing influence of a proper holding environment to keep it on track. It needs an incubator. Retreat provides that nurturing container, where the innate qualities of the awakened mind are allowed to emerge and mature.

Stop and drop into the stillness of retreat, which removes the camouflage of movement, and all sorts of things never seen before are gradually flushed out of hiding. The first thing is the craziness of the untamed mind. You can feel like a wild stallion tethered to a hitching post. This is why beginning meditators often complain that meditation is making things worse. It’s not. Meditation in general, and retreat in particular, is simply revealing how bad things already are.

The second thing is seeing that there is a way out, there is a path. But it’s not the usual escape route. As Trungpa Rinpoche put it, “There is no way out. The magic is to discover that there is a way in.” Pulling that wicked U-turn is the essence of retreat. It is, as Pema Chödrön put it, “the wisdom of no escape.”

Retreat is not for the faint of heart. It takes courage to stop and face one’s mind so directly. But if you want to be unconditionally happy, which is one way to talk about enlightenment, there is no other way. Sooner or later you have to relate to your mind instead of from it. Otherwise you will forever be held captive by the contents of your mind, shackling yourself to every shiny thought that pops up, a prisoner of your own making.

To be truly free, to cut the shackles, you have to block all the conventional exits and be with yourself, retreat into yourself. Once the initial hurdles are crossed and the mind begins to settle in retreat, the benefits unfold. The mind sharpens and the heart opens. Stability and equanimity develop. Kindness and compassion blossom. The world softens because you soften. Discipline, patience, and accommodation mature. All the enlightened qualities that are your birthright bubble up or even burst into reality. When the clouds are lifted, the sun of your being naturally shines.

But as precious as retreat is, we don’t want to make it too precious. That’s a near enemy of retreat: using it as a subtle form of escape again. Spiritual bypassing is also lurking in the shadows of retreat, ready to hook the unsuspecting meditator. If you’re going into retreat to permanently bypass the relative demands of life, you’ve been snared by this common trap.

We can’t live our lives in an incubator, so when the mind can withstand the rush of a discursive world, we step into that world to help it. The Buddhist literature offers frequent reference to psychic power, or siddhi, which comes in two forms. Relative siddhi, which can evolve in retreat, is clairvoyance and the like, and it can be used to help others. It’s when you have power over the world. If one isn’t careful, however, relative siddhi can turn into the sorcerer’s trap; ego sneaks back in to appropriate that power as its own.

Retreat also develops absolute siddhi, which is much more important, because that’s when the world no longer has power over you. You can now step fully into the world without being controlled by it. Through extensive retreat, the heart–mind relaxes and gradually opens. You feel things more, but they hurt you less. You no longer give them a place to land.

I have a photograph in my study of Thich Quang Duc, “the burning monk,” who self-immolated in protest of the Vietnam war. It’s an incomprehensible image, a human being sitting in total equipoise as violent flames consume his body. How is this possible? How on earth can someone sit in peace under such extreme environmental conditions? It’s because fire cannot burn space.

When the heart–mind opens, it mixes with space. It becomes indestructible. This inner space is not the same as outer space, but it’s also not different. Space is unique. It’s simultaneously the softest thing in the world and the most adamantine. You can’t cut it, bomb it, or burn it. Nothing can land on space. It holds everything without being affected by anything, the ultimate holding environment. That’s the meditative mind. That’s the retreat mind.

Toward the end of his long life, the sage Jiddu Krishnamurti was asked about the secret to his cool equanimity, his unconditional happiness. His reply was disarming: “I don’t mind what happens.” When you’re cool inside, you don’t mind the fires outside.

This is where retreat finally takes you—into the center of your immutable self, into your deepest heart–mind. It’s cool and warm at the same time, empty of self yet full of others, the intercourse of inner and outer space. And from that centered and centerless space you can step fearlessly into the world to heal it. When you operate from this space, nothing can touch you.

Andrew Holecek completed a traditional three-year retreat under the direction of Khenchen Thrangu Rinpoche and is the author of The Power and the Pain, Preparing to Die, and Dream Yoga: Illuminating Your Life Through Lucid Dreaming.