Pamela Ayo Yetunde reviews A Thousand Hands: A Guidebook to Caring for Your Buddhist Community, edited by Nathan Jishin Michon and Daniel Clarkson Fisher. From the Summer 2017 issue of Buddhadharma: The Practitioner’s Quarterly. 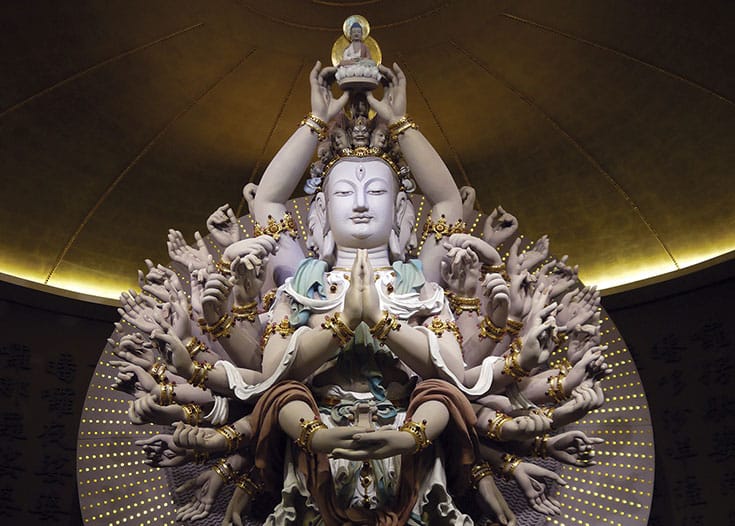 When we cannot cope with life as it is, and when we cannot function enough to provide basic care for ourselves, it would be a great comfort to know that our sanghas are communities we can rely on for guidance, help, and referrals. By engaging in right knowledge, wise understanding, and skillful responses, we can become communities of integrity—places of genuine, skillful care. A Thousand Hands: A Guide to Caring for Your Buddhist Community will challenge those who distrust the growing overlap between Buddhism and Western psychology and psychiatric medicine. But for the rest of us, this book can be a salve of cohesion, slowing the rotation of our sangha doors—doors that revolve due to people’s disappointments when their need for more sophisticated spiritual care goes unmet. Q

As Buddhist practitioners, we are invited to directly confront our own suffering and the existential crises of sickness, old age, and death. There’s no guarantee, however, that our practices, philosophy, or even Buddhist psychology will give us all the tools we need to meet the sufferings of others. But over the last couple of decades, as the Buddhist chaplaincy profession has grown in hospitals, hospice, the military, universities, and prisons, professional Buddhist chaplains and practitioners in Western psychotherapeutic professions have gained experience, knowledge, and skills in addressing such suffering, and it’s finding its way back into Buddhist communities. To that end, A Thousand Hands, edited by Nathan Jishin Michon and Daniel Clarkson Fisher, serves as a reference book, a resource for American Buddhist communities wanting to identify key issues, support individuals, and care for the sangha as a whole. The contributors—from a variety of backgrounds, including Buddhist chaplaincy, journalism, social work, psychology, marriage and family therapy, philosophy, and political activism—share their experiences specifically in service of Buddhist communities.

Knowing one’s intentions for the encounter, having no heroic agenda, and being authentically compassionate are key to providing nurturing spiritual care within the sangha.

While the editors acknowledge that it’s impossible to include every human challenge in one book, their list of fifty topics is impressive: addiction, personal finance, bipolar disorder, cancer, domestic violence, managing team projects, grief, hospice, intrafaith considerations, and many more. In the chapter titled “Ministry of Presence,” interfaith chaplain and intercultural counselor Micka Moto-Sanchez explores the connection between the Buddhist practices of mindfulness and compassion with the practice of being present for those in the midst of a deep emotional crisis. Moto-Sanchez recalls an instance in which, as a new chaplain intern, she was called to attend to grieving parents whose child had died shortly after being born. Instead of seeing her sole responsibility as easing their grief, she took her role as a Christian to be that of a conduit of “transcendent power and grace.” Later reflecting on the experience, Moto-Sanchez realized that she was not there just to be a conduit but also to create a new dynamic with and for the grieving family; she came to understand that her presence and particular being mattered. In sangha situations in which people are grieving the loss of loved ones, other people may engage in loving-kindness and compassion meditation to be “conduits” for the dharma, unwittingly withholding actual spiritual care in the belief that they can somehow erase another person’s pain. Knowing one’s intentions for the encounter, having no heroic agenda, and being authentically compassionate are key to providing nurturing spiritual care within the sangha. 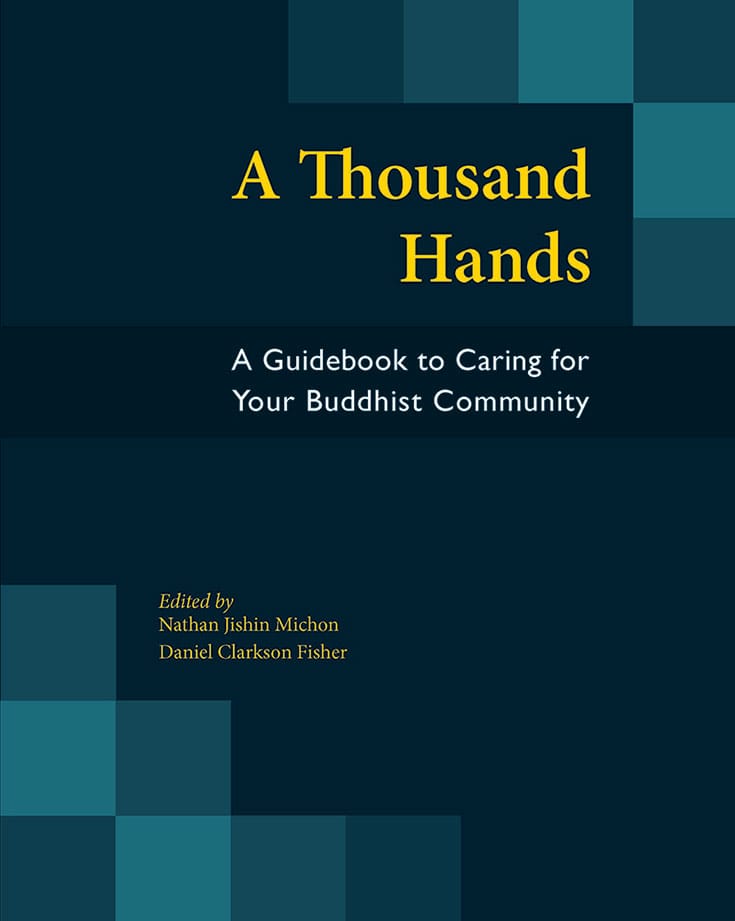 “A Thousand Hands: A Guidebook to Caring for Your Buddhist Community”
Edited by Nathan Jishin Michon
and Daniel Clarkson Fisher
Sumeru Press, 2016
383 pages; $34.95

Many practitioners would say that Buddhism offers the promise of happiness. But where does that leave a practitioner suffering from clinical depression? Chaplain Alan Cossitt’s chapter outlines how to help people facing depression get appropriate medical treatment beyond Buddhist practices and should be required reading for anyone in a leadership or supporting role in a sangha. Cossitt, whose biography mentions his own struggles navigating depression and Buddhist practice, skillfully unpacks what constitutes depression according to the American Psychiatric Association’s Diagnostic and Statistical Manual, explaining the difference between depression and sadness and how to make appropriate referrals for medical treatment, especially when the depression is so severe that it gives rise to suicidal thoughts and intentions. He suggests that if sangha members are depressed, the community should skillfully help them accept how they feel, try not to let them isolate themselves, and provide a space for them to talk about their feelings, especially their suicidal feelings. If suicidal feelings and intentions are present, sanghas can encourage a depressed member to seek medical treatment, call a suicide hotline, or perhaps even take up mindfulness-based cognitive therapy. The sangha’s primary role, though, is to remain present when depressive isolating thoughts and behaviors begin to take hold.

The tools for helping others are as many and as varied as the sufferings humans face.

Though on very different topics, Moto-Sanchez’s and Cossitt’s essays demonstrate how sanghas can cultivate right action—and right nonaction—toward people who are in a deep emotional crisis or depression; they offer a language and framework for sangha members to refrain from shaming people who have not realized the happiness that Buddhism seems to promise—from blaming them, in short, for not being Buddhist enough.

A Thousand Hands will be helpful not only for sanghas but also for master of divinity programs. As interest continues to grow in Buddhist spiritual care, and as the profession evolves over time, there will undoubtedly be future editions. Other topics to explore could include adjustment disorder (because many Buddhist practices are inspired by the narrative of Siddhartha Gautama’s six-year adjustment between being a Shakya clansman in the Kshatriya caste to a mendicant spiritual teacher), the noble eightfold path as cognitive behavioral therapy, and Buddhism’s efficacy for people who have not yet struggled with emotional and mental challenges and illnesses. The tools for helping others are as many and as varied as the sufferings humans face.

Suffering is not as simple as one-two-three; it cannot be reduced to old age, illness, and death. Suffering is complex, affecting both body and mind, as well as how we relate to those aspects of self as we adjust to changes; it is individual and collective, universal and particular. Our task, as Buddhists, is to address it all.