Bhikkhu Bodhi on the stern but eloquent teachings of chronic pain. 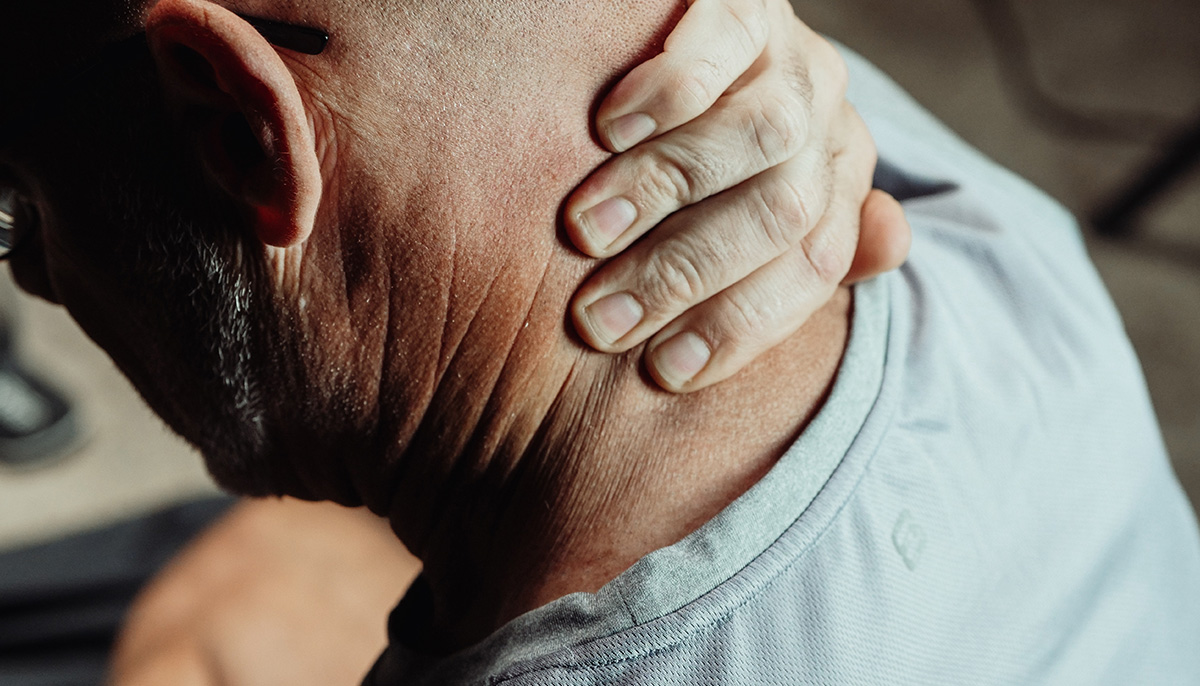 When I write about living with pain, I don’t have to use my imagination. Since 1976 I have been afflicted with chronic head pain that has grown worse over the decades. This condition has thrown a granite boulder across the tracks of my meditation practice. Pain often wipes a day and night off my calendar, and sometimes more at a stretch. The condition has cost me a total of several years of productive activity. Because intense head pain makes reading difficult, it has at times even threatened my vocation as a scholar and translator of Buddhist texts.

In search of a cure, I have consulted not only practitioners of Western medicine but also herbal physicians in remote Sri Lankan villages. I’ve been pierced countless times by acupuncture needles. I’ve subjected my body to the hands of a Chinese massage therapist in Singapore, consumed Tibetan medicine pills in Dharamsala, and sought help from exorcists and chakra healers in Bali. With only moderate success, I currently depend on several medications to keep the pain under control. They cannot extricate it by the root.

The Buddha compares being afflicted with bodily pain to being struck by an arrow. Adding mental pain (aversion, displeasure, depression, or self-pity) to physical pain is like being hit by a second arrow.

I know firsthand that chronic bodily pain can eat deeply into the entrails of the spirit. It can cast dark shadows over the chambers of the heart and pull one down into moods of dejection and despair. I cannot claim to have triumphed over pain, but in the course of our long relationship, I’ve discovered some guidelines that have helped me to endure the experience.

First of all, it is useful to recognize the distinction between physical pain and the mental reaction to it. Although body and mind are closely intertwined, the mind does not have to share the same fate as the body. When the body feels pain, the mind can stand back from it. Instead of allowing itself to be dragged down, the mind can simply observe the pain. Indeed, the mind can even turn the pain around and transform it into a means of inner growth.

The Buddha compares being afflicted with bodily pain to being struck by an arrow. Adding mental pain (aversion, displeasure, depression, or self-pity) to physical pain is like being hit by a second arrow. The wise person stops with the first arrow. Simply by calling the pain by its true name, one can keep it from extending beyond the physical, and thereby stop it from inflicting deep and penetrating wounds upon the spirit.

Pain can be regarded as a teacher—a stern one that can also be eloquent. My head pain has often felt like a built-in buddha who constantly reminds me of the first noble truth. With such a teacher, I hardly need to consult the sermon in Deer Park at Benares. In order to hear the reverberations of the Buddha’s voice declaring that whatever is felt is included in suffering, all I have to do is attend to the sensations in my head.

My own effort to deal with chronic pain has helped me to develop patience, courage, determination, equanimity, and compassion.

As a follower of the dharma, I place complete trust in the law of karma. Therefore, I accept this painful condition as a present-life reflection of some unwholesome karma I created in the past. Not that I would advise someone who develops a painful illness to immediately resign themselves to it. Although it may be the inevitable fruit of some past karma, it might also be the result of a present cause that can be effectively eliminated by proper medical treatment. However, when various types of treatment fail to help with an obstinate and defiant condition, one can be pretty sure there is a karmic factor. Personally, I don’t lose sleep trying to figure out what this past karma might have been, and I would advise others against succumbing to such obsessive concerns. They can easily lead to self-deluding fantasies and superstitious practices. In any case, by trusting the law of karma, one can understand that the key to future good health lies in one’s hands. It is a reminder to refrain from harmful deeds motivated by ill will and to engage in deeds aimed at promoting the welfare and happiness of others.

Chronic pain can be an incentive for developing qualities that give greater depth and strength to one’s character. In this way, it can be seen as a blessing rather than as a burden, though of course we shouldn’t abandon the effort to discover a remedy for it. My own effort to deal with chronic pain has helped me to develop patience, courage, determination, equanimity, and compassion. At times, when the pain has almost incapacitated me, I’ve been tempted to cast off all responsibilities and just submit passively to this fate. But I’ve found that when I put aside the worries connected with the pain and simply bear it patiently, it eventually subsides to a more tolerable level. From there I can make more realistic decisions and function effectively.

The experience of chronic pain has enabled me to understand how inseparable pain is from the human condition. This is something that we in America, habituated as we are to comfort and convenience, tend to forget. Chronic pain has helped me to empathize with the billions living daily with the gnawing pain of hunger; with the millions of women walking miles each day to fetch water for their families; with those in Third World countries who lie on beds in poorly equipped, understaffed hospitals, staring blankly at the wall.

Whatever feelings there may be—past, present, or future—all feeling is not mine, not I, not my self.
-The Buddha

Even during the most unremitting pain—when reading, writing, and speaking are difficult—I try not to let it ruffle my spirits and to maintain my vows, especially my vow to follow the monastic path until this life is over. When pain breaks over my head and down my shoulders, I use contemplation to examine the feelings. This helps me see them as mere impersonal events, as processes that occur at gross and subtle levels through the force of conditions, as sensations with their own distinct tones, textures, and flavors.

The most powerful tool I’ve found for mitigating pain’s impact is a short meditative formula repeated many times in the Buddha’s discourses: “Whatever feelings there may be—past, present, or future—all feeling is not mine, not I, not my self.” Benefiting from this technique does not require deep samadhi or a breakthrough to profound insight. Even using this formula during periods of reflective contemplation helps to create a distance between oneself and one’s experience of pain.

Such contemplation deprives the pain of its power to create nodes of personal identification within the mind, and thus builds equanimity and fortitude. Although the technique takes time and effort, when the three terms of contemplation—“not mine, not I, not my self”—gain momentum, pain loses its sting and cracks opens the door to the end of pain, the door to ultimate freedom.

Venerable Bhikkhu Bodhi is an American Buddhist monk, president of the Buddhist Association of the United States, and the founder and chair of Buddhist Global Relief.