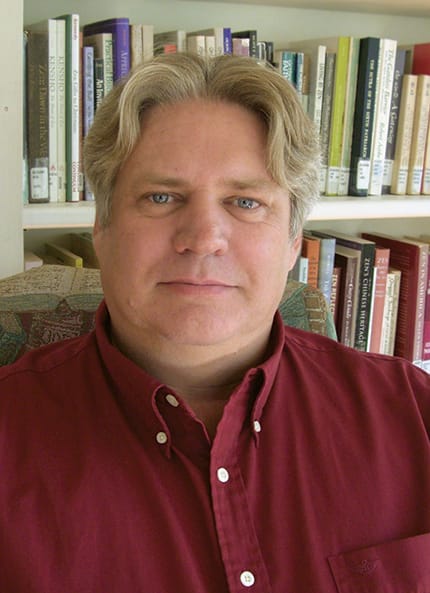 Andrew Olendski looks at why our wise teachers can, sometimes, behave in what appears like an unwise manner.

In classical Buddhist teaching, meditation (samadhi) has always been sandwiched between integrity (sila) on the one hand and wisdom (pañña) on the other. Indeed, this is what makes it Buddhist. As a technology for the attenuation of consciousness, meditation had been practiced by yogis for centuries before the Buddha, but in his hands it became a tool for the deep transformation of character that results in liberation of the mind from the toxins that cause suffering.

One might admire a craftsman’s ability to sharpen a chisel to a fine edge, but surely the value of doing so lies in being able to wield it skillfully as a tool. This is also the case with meditation. Only if it is wielded skillfully, with integrity, can the benefits of a focused mind result in a noble outcome: a person who has quenched (or at least diminished) greed, hatred, and delusion through the development of wisdom.

What are we to think when we see people who are highly skilled in meditation, many of them venerated teachers, demonstrate an appalling lack of integrity and thus an apparent lack of wisdom? One explanation that is frequently offered up is that people can be highly developed spiritually but underdeveloped emotionally. This is especially the case, the argument goes, for Asian teachers who might have been raised in very traditional settings like a monastery and are then unleashed amid the wild freedoms of the West. I’m sorry, but I just don’t buy it any more than I buy the argument that the misbehavior is itself an expression of wisdom.

Moral integrity, concentration, and insight all grow together, conditioning one another every step of the way. Ethical mind states are a necessary precursor for meditation, because the mind is incapable of tranquility if agitated by the hindrances of sense desire, ill will, restlessness, laziness, and doubt. Ethical behavior is also the demonstrable result of wisdom, insofar as unwholesome states arise less often and with less intensity as wisdom deepens. Wisdom transforms the unconscious mind, rooting out impulses that lead to suffering both for oneself and for others. It does this not by acting them out or suppressing them, but by the middle way of seeing clearly how impermanent they are, how ultimately unsatisfying they are, and how they are born in and nourished by the delusions of self. In short, one understands them, and they lose their allure.

A more plausible explanation of teachers’ misbehavior is simply that they are demonstrating their lack of wisdom. Behavior is the outward expression of one’s inner understanding, and only someone still firmly in the grip of craving and ignorance is capable of the abuse of power, money, sexuality, and intoxicants. Cultural forms being what they are, it can be difficult to distinguish the wisdom of the teacher from the wisdom of the teachings, especially for those unfamiliar with the profundities of Asian wisdom traditions. Some very unwise people can say some very wise things. Much of dharma teaching is a performance art, and it is easy to conflate the skill of the actor with the skill of the author.

The compilers of the early Buddhist texts seemed quite familiar with the potential dangers of this dynamic. They urged judging a teacher first and foremost by the level of personal integrity demonstrated: “Are there in this teacher any states based on greed, hatred, or delusion such that, with his mind obsessed by those states, while not knowing, he might say, ‘I know,’ or while not seeing he might say, ‘I see,’ or he might urge others to act in a way that would lead to their harm and suffering for a long time?”(Majjhima Nikaya 95). Even a good teacher is capable of wrongdoing: “How does a teacher’s undoing come about?… He goes astray, becomes filled with desire, succumbs to craving, and reverts to luxury… He has been struck down by unwholesome states…”(MN122). But when wisdom has truly sunk in deeply enough to be transformative, one is incapable of misbehavior: “When a person… has understood that attachment is the root of suffering, and is without attachment… it is not possible that he would direct his body or arouse his mind toward any object of attachment”(MN 105).

Perhaps it is unfair to expect our teachers to be awakened. But it is not unreasonable to expect them to demonstrate some wakefulness from a lifetime of study and practice and to refrain from the mundane temptations that so easily corrupt an undeveloped mind. Many teachers do, which make those who do not stand out so sorely. The primary seduction, of course, is selfhood, the insidious inclination toward conceit through which the teacher becomes more special than the teaching or the student’s quest to embody it. Here too I think the Buddha was prescient when he said, just before passing away: “What I have taught and explained to you as Dhamma and discipline will, at my passing, be your teacher” (Digha Nikaya 16).

We are all walking a path together— some are a few steps ahead, some a few steps behind. We know where others are on this path not by what they say, but by what they do. If their meditation prowess is not integrated with ethical behavior, which is the natural expression of a deep understanding, then they are just talking the talk.