A moktak as defined by Chong Hae Sunim, a Zen abbot, and Master Seung Sahn, a teacher of Korean Zen Buddhism. 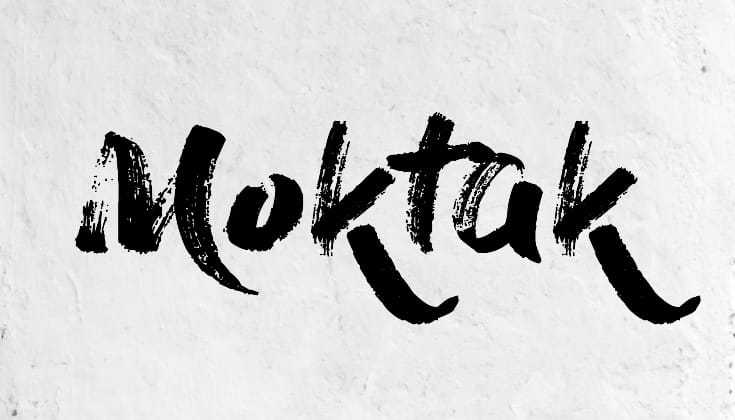 The sound of the moktak is an important part of Korean temple life. This simple hollow wooden percussion instrument is the first sound heard in the morning, calling everyone to the Buddha Hall for morning practice. It is also used throughout the day during ceremonies and daily chanting; it rolls down to signal the bows during the rubato melody of the Homage to the Three Jewels and keeps the tempo during the Heart Sutra, 10,000 Eyes and Hands Sutra and Kwan Se Um Bosal chanting.

Unlike the Chinese and Japanese versions, which are ornately carved and usually sit on a cushion on the floor, the Korean moktak has a simpler form and is usually hand-held. The Korean word moktak has two parts: mok means “wood” and tak means “hit”. Originally, however, because the instrument looks like a fish with its mouth open, the Chinese word was muyu. Mu means “wood” and yu means “fish”.

One legend about the origin of the moktak tells of a naughty monk who died and was reborn as a fish. A big tree subsequently grew out of his back, which caused him a great deal of pain. One day, his former teacher saw him swimming in a river and recognized him. The fish begged his teacher to remove the tree and carve a fish-shaped instrument from it. The master did so and since then the sound of the moktak has inspired people whenever it is played in the temple.

Another popular story about the origins of the moktak also features a monk and a fish. A long time ago, in China, there was a monk called Chung San Poep Sa who was famous for translating the Heart Sutra and for his beautiful chanting voice. Near the city where he lived was a large and beautiful lake that was very famous for its bright blue waters, cool breezes and incredible scenery. One day a high government official and his family went boating on the lake. As they were enjoying the lovely day, the official’s young baby fell overboard and no one in the boat was able to swim so they couldn’t jump in to save him.

Stricken with grief, the official engaged local fishermen to find the body of his baby. They searched in vain for three days and finally gave up and brought the sad news of their failure to the official. A devout Buddhist, he went to Chung San Poep Sa and said he would like to do a funeral ceremony for his dead baby, but the body could not be found.

Chung San Poep Sa began chanting. Soon his mind became very clear and he perceived what had happened to the baby. Early the next morning, Chung San Poep Sa and the official went to the local fish market and purchased a very big fish. When they cut the fish open they found the baby inside. Miraculously he was still alive. Chung San Poep Sa said, “Because of the merits for non-killing accrued over many lives, this baby survives despite being swallowed by a big fish.”

Of course everyone was surprised and very happy! The official was so appreciative that he made a special instrument in the shape of a fish for Chung San Poep Sa. And ever since then our moktak has been shaped like a fish, with an open mouth and a hollow stomach.

In spite of these wonderful and colorful stories, recent research in China shows that the predecessor of the muyu was a stone percussion instrument called rock fish, used by Taoists to accompany chanting. By the late 200’s C.E., during the Chin Dynasty, some Buddhists started using a wooden fish, but it was not until the Tang Dynasty that use of the muyu became widespread. In 725 C.E., Emperor Hsung Chun built a number of Buddhist temples around the capital. His subjects paid tribute with fish-shaped instruments made from jade and rare stones. Some were as long as three feet. The Emperor decreed that these beautiful and precious instruments could only be used on the occasion of imperial dharma discourse and vegetarian feasts, so wooden replicas were carved for daily use. The wooden fish was not only more practical, it produced a beautiful sound.

Whatever its origins, the unmistakable sound of a moktak echoing through the mountains wakes us up and inspires us to practice.

Seung Sahn was the first Korean Zen master to live and teach in the West. He was founding teacher of the Kwan Um School of Zen, an international organization of more than one hundred centers and groups.  Seung Sahn died in 2005.

Hae Sunim is abbot of the Providence Zen Center in Cumberland, Rhode Island.