Nibbida as defined by Andrew Olendzki, a Pali scholar. 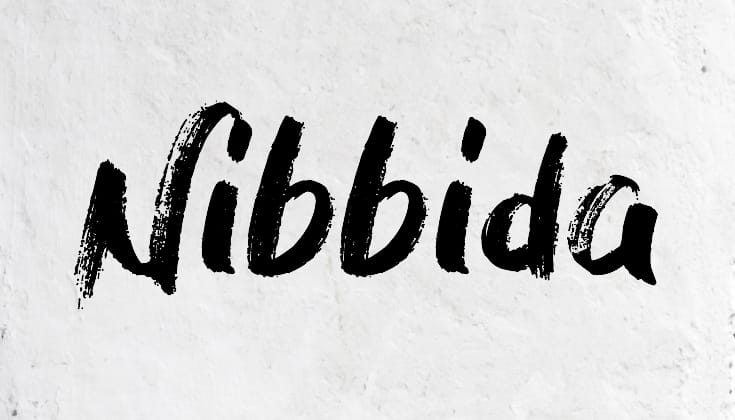 So there you are, happily reading the primary texts of early Buddhism in order to better understand the essential teachings of the Buddha. You get to the part that talks about a person practicing in accordance with the dhamma—knowing things directly as they really are and seeing what is impermanent as impermanent with right view. Your head is nodding in affirmation, “Yeah, that’s me all right.” Then all of a sudden you get to the next sentence: “Therefore, one should abide in the utter disgust for the aggregates” (Woodward’s translation).

“Whoa! Wait a minute. What’s up with that?” You think there must be something wrong here. How can the intimate awareness of moment-to-moment phenomena, the opening to states just as they are, lead to such a yucky response? We all know the monks and nuns are encouraged to contemplate death, the disintegration of the body in cemeteries, and other such, well, monastic things. But surely a lay Buddhist vipassana practitioner (for example) deserves a more positive outlook on life from all this mindful, conscious awareness.

“It’s probably just one of those archaic translations,” you think, and look up the passage in another, more modern, translation. But there it is again: “When a bhikkhu is practicing in accordance with the dharma, he should dwell engrossed in revulsion towards the aggregates” (Bodhi). Checking a third translation yields the phrase “turns away from” (Horner). That’s better, at least, and perhaps offers a glimmer of how the term might be pointing to something more profound than merely an aversive reaction. And yet another translation finally points you in a whole new direction: “When one sees it thus as it actually is with proper wisdom, one become disenchanted with the aggregates.” (Nanamoli).

“What is this word, anyway?” you wonder. A little rummaging around in the footnotes and glossaries yields the information that the word being translated as “utter disgust” and “revulsion” is the Pali word nibbida. The word is derived from the prefix nis– (“without”) and the verbal root vindati (“to find”), and so most literally means something like “without finding.” So how do we get from “without finding” to “disgust”?

There is a story in the texts that usefully illustrates the meaning of this important term. A dog stumbles across a bone that has been exposed to the elements for many months and has been therefore bleached of any residual flesh or marrow. The dog gnaws on it for some time before he finally determines that he is “not finding” any satisfaction in the bone, and he thus turns away from it in disgust. It is not that the bone is intrinsically disgusting; it is rather the case that the dog’s raging desire for meat just will not be satisfied by the bone. He is enchanted by the prospect of gratification as he scrapes away furiously at the bone, but when he finally wakes up to the truth that the bone is empty of anything that will offer him satisfaction, he becomes disenchanted and spits it out in disgust.

The Buddha uses this word at the high end of his teaching. It is not that the novice meditator should practice by regarding things as disgusting. It is not even that an advanced meditator will thereby become disenchanted with the home life and get herself to a nunnery. But the Buddha is suggesting that a thorough investigation of all aspects of one’s experience, the sort of examination that can only be accomplished by intensive insight over an extended period of time, will eventually mature into a deep understanding of the unsatisfactory nature of the conditioned world of constructed experience.

Such an insight, like all Buddhist insights, is not so much a statement about the nature of the world out there as it is about the nature of our construction of a world in here. As I understand the basic teachings of the Buddhist tradition, what is really out there is largely irrelevant—partly because we cannot accurately know it, partly because speculating about it pulls us off course, and partly because there is plenty to deal with once the sense data has entered into subjective view by coming into contact with sensory and mental phenomena. The objects of experience are simply “such as they are.” It is the primal need to appropriate these objects for our own selfish purposes that is being healed by this penetrative wisdom.

This general teaching about turning away from the “external” world, or about finally realizing that one will perpetually “not find” the nutrients we seek in the bleached bones of sensory objects, or about waking from the enchantment cast upon us by a primordial delusion, is not unique to the early Buddhist tradition. The same thought seems to be conveyed in that consummate Mahayana and Zen text, the Lankavatara Sutra. In the introduction to his translation of this text, D.T. Suzuki brings special attention to what he calls an important psychological event of “turning back” from the world: “Technically, it is a spiritual change or transformation which takes place in the mind, especially suddenly, and I have called it ‘revulsion.’”

The moral of the story is that it is worth investigating the language one encounters in Buddhist texts—especially the meaning of key technical words. The understanding of nibbida that lies on the near side of such investigation (turning away in utter disgust from the revolting world) is very different from the meaning that lies on the far side (deeply understanding the conditioned nature of constructed experience, thereby allowing a stance of non-attachment to all phenomena).