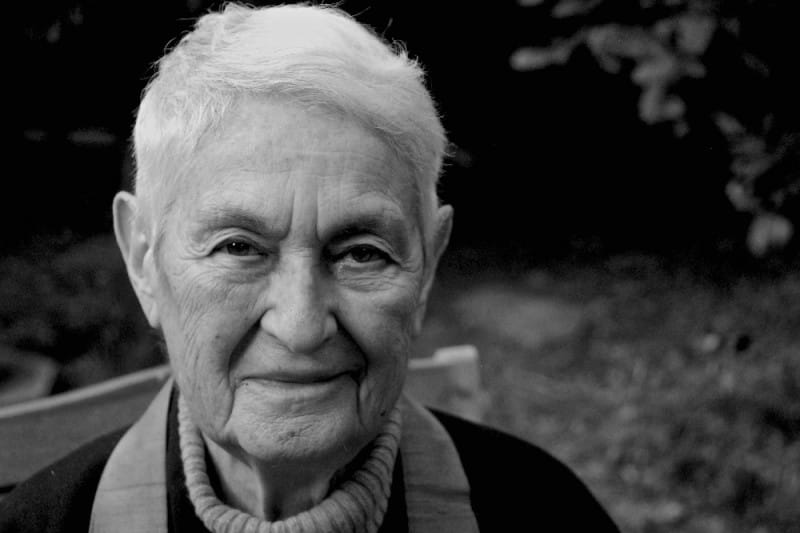 Zenkei Blanche Hartman, Senior Dharma Teacher of San Francisco Zen Center, has died. [Note: this post has now been updated to include an official statement from SFZC about Hartman’s life and how the community will mark her passing.]

On the morning of Friday, May 13, David Zimmerman, Head of Practice at SFZC’s City Center, confirmed for LionsRoar.com Hartman’s passing:

Our beloved teacher and dharma friend Zenkei Blanche Hartman died at 12:30 am at Kaiser Permanente Medical Center in San Francisco. She has been brought to City Center where her body will be laid in the Buddha Hall for people to sit with her for several days.

A post later published on the SFZC memorial site The Great Leap noted that “The cremation will be a private ceremony on Tuesday morning at 11 am; everyone is invited to attend the full memorial service in early July, approximately 49 days after her death. For the next 49 days, there will be a memorial service at City Center every seven days on Fridays.”

Born in Alabama in 1926, Hartman moved with her family to California in 1943. She first began sitting Zen in 1969 with Sojun Mel Weitsman and Shunryu Suzuki Roshi, becoming the first woman Abbot of San Francisco Zen Center in 1996. She held that position until 2003, remaining a Senior Dharma Teacher.

An official SFZC statement on Tuesday the 17th went into detail about Hartman’s life, and how the community will note her passing:

Zenkei Blanche Hartman (1926-2016) was a Soto Zen teacher practicing in the lineage of Shunryu Suzuki Roshi. From 1996 to 2002, she served two terms as co-abbess of San Francisco Zen Center. A member of the American Zen Teachers Association, Hartman was especially known for her expertise in the ancient ritual of sewing a kesa. Hartman became known for her attention to issues women face, and as of 2011, she and her late husband Lou Hartman had four children, eight grandchildren, and a number of great-grandchildren.

SFZC’s City Center is planning to create a new Sewing Room in Zenkei Hartman’s honor and to recognize the significant contribution she made to passing on the Soto Zen tradition of sewing the kesa or ceremonial robes. Donations will be used to renovate a new space for that purpose which will be named: The Inconceivable Joy Sewing Room (in Memory of Zenkei Blanche Hartman).

As a teacher/author, Zenkei was a valued contributor to the Shambhala Sun (the former name of Lion’s Roar) and Buddhadharma magazines, most notably in the latter, where, for some twelve years, she offered advice to practitioners in the magazine’s ongoing “Ask the Teachers” column. (See below for links to some of her contributions to the magazines, including, most recently, “Good Evening, Bodhisattvas” — a poignant reflection on mortality and practice.) Her book Seeds from a Boundless Life was published in the Summer of 2015.

On Thursday, it was announced on the San Francisco Zen Center Facebook page that Hartman “is in the hospital, and has been since her 90th birthday on Sunday, May 8. We would like to share with you an update from the Hartman family and to let you know that she is being well tended and cared for.”

That family update was posted at Boundless Life, “A Chronicle Dedicated to Zenkei Blanche Hartman,” and read, in part:

Today Blanche has begun the process of moving towards the end of her life. We are waiting for the family to all arrive, which should be happening tomorrow, later morning or early afternoon. After everyone is here, they will remove treatment and Blanche will begin palliative care. Blanche will stay where she is for now. She is very much at ease and peaceful.

A family message from earlier in the day noted that Hartman had “a bacterial infection which has become systemic (meaning not located in simply one place)” and that she was “being well tended and cared for.”

In June of last year, a bed for Hartman had been reserved at hospice, while she remained at a senior living facility at which she spent time recuperating from hip surgery.

We extend our best wishes to Zenkei’s family, the San Francisco Zen Center, and all who were inspired by her work, practice, and example.

Also via The Great Leap: “Zenkei Leaves City Center for the Last Time.”

Ask the Teachers: I have cancer. How do I balance accepting impermanence and desiring to live?

This Life Which is Wonderful and Evanescent