The conventional definitions of “love” and “compassion” are quite limited, says Buddhist scholar Mu Soeng. He explains that real love is marked by a deep and transformative feeling of care and sadness. 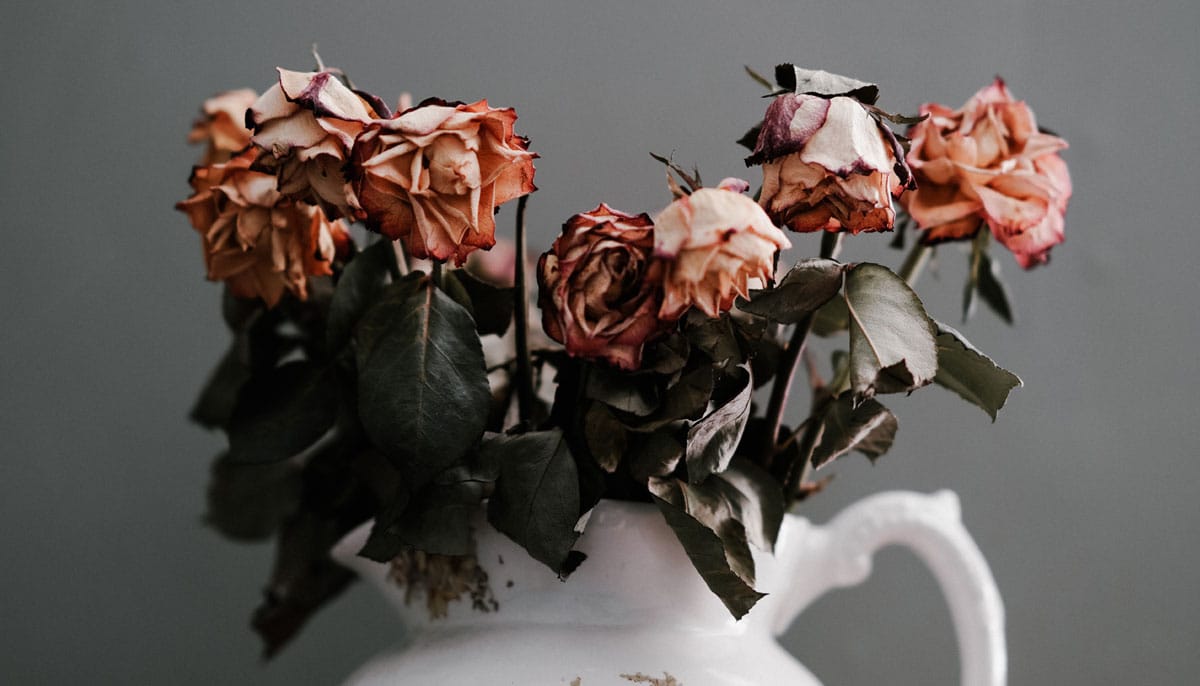 A phrase in one of the Korean liturgical chants has always seemed to me to be a gateway to a deeper understanding of compassion in the Buddhist tradition. The chant is called the Morning Bell Chant, and, as the name indicates, it is chanted in early morning hours, at all Korean temples and monasteries. Typically, one of the monks sits by a large hanging bell and hits it at periodic intervals in a prescribed manner. This protocol is followed whether the liturgy is done in the mountains of Korea or in a Los Angeles neighborhood. The monk also chants in a traditional manner and, at periodic and indicated intervals, the congregation joins him in chanting the phrase, Namu Amita Bul, “Homage to Buddha Amitabha.”

The Morning Bell Chant is a curious commingling of three disparate Buddhist traditions that are all inherited from China: Huayen, Pure Land, and Zen. In the Morning Bell Chant, elements of these traditions are blended in a single sonic narrative that’s unique to Korean Buddhism. When and why this chant came to be adopted in its present form is a subject of many debates and interpretations among Korean Buddhists.

The phrase in the chant that has always captivated me is dae ja, dae bi, popularly translated as “great love, great compassion.” The bodhisattva of compassion is a profound iconic presence in Chinese, Japanese, and Korean Buddhism and, not surprisingly, provides the context for this phrase in the Morning Bell Chant. The bodhisattva of compassion is called Avalokiteshvara in Indian Mahayana Buddhism; Kwan Se Um Bosal in Korean; Kuan Yin in Chinese; and Kannon in Japanese. In the Korean usage Kwan means perceive; Se means world; Um means sound; and Bosal means bodhisattva; hence, “the bodhisattva who perceives (hears) the sounds (cries) of the world.” The Sanskrit term Avalokiteshvara, while literally meaning “The Lord Who Looks Down,” is traditionally understood in Mahayana Buddhism as “He Who Hears the Sounds (Outcries) of the World.”

The bodhisattva of compassion transformed from a male figure in Indian Buddhism to a female figure in China, Japan, Korea, and Tibet; this transformation remains one of the great mysteries of the Mahayana Buddhism that developed in North and East Asia. In traditional patriarchal societies, male archetypes were associated with the roles of priest, warrior, and merchant, and religious and social hierarchies flowed from this role-playing. These same societies associated compassion and caring with feminine qualities and assigned them to female deities in the religious pantheon. It is likely that as Buddhism evolved in early medieval China, the Taoist model of harmonizing the two polar energies of yin and yang (yin as the feminine, compassionate, soft, nurturing, yielding, receptive, and yang as masculine, energetic, proactive, hard, unyielding) may have played a pivotal role in providing a complementary background for the Mahayana’s balance of wisdom and compassion.

Why was this balance needed? The early Mahayana practitioners in India may have felt that the extraordinary emphasis on wisdom in the earlier Pali Nikaya tradition caused or could cause one-sidedness in understanding the Buddha’s teachings. Although compassion is present in the Pali Nikayas as a quality to be cultivated, its role in these texts is secondary to the cultivation of wisdom. The innovation in Mahayana Buddhism was to raise compassion to equal standing, to somehow balance the shocking intensity of the wisdom of emptiness with a leavening of healing and helping through compassion.

A deeper consideration of the phrase dae ja, dae bi offers a stimulating perspective for understanding the subtle nuances of “great love” and “great compassion” beyond the conventional meanings of these terms. Dae means “big, great, strong, and respected”; ja generally means “love.” But this “love” has a particular character to it. It is not erotic love; it is not sentimental love; it is not attachment love. It has a strong connotation of the kind of care given by a mother to her child; the implication here is that the nature of this care supersedes any love based on attachment. In other words, this experience of love is not needy or greedy. It emerges naturally and dynamically in response to the causes and conditions of the child’s needs and development, and is not an expression of neurotic symptoms. Of course what is being described here is an ideal of a mother’s love, and it may not be how each and every mother has experienced it.

The care and love given by a mother to a child is easy to associate with the bodhisattva of compassion as a female archetype (Kuan Yin or Kannon or Kwan Se Um Bosal). In folk Buddhism throughout China, Japan, and Korea, this female figure is represented as having a thousand eyes and arms, through which she is able to help all those who seek her help. What seems to emerge in these narratives is the quality of care the supplicant expects to find in seeking a refuge in the bodhisattva of compassion.

We can come to a similar kind of understanding when we consider that bi in the Morning Bell Chant, while popularly translated as “compassion,” has in its historical roots a nuance of meaning that is much closer to “sadness.” This nuance has more to do with a state of mind or a feeling-tone. Thus, the etymological nuances of both ja and bi are much closer to states of mind or feeling-tones rather than idea or concepts.

When the bodhisattva of compassion looks down with her thousand eyes at the beings caught in the sea of suffering, she feels an enormous sadness for their situation. This sadness is not pity or pathos or commiseration. It is a response to the entire human condition. From the perspective of the bodhisattva, human beings don’t learn much; they keep going around and around within the same grooves of samsara—greed, hatred, and delusion—in a never-ending cycle. The feedback loop of this cycle is dynamic, but it also remains self-enclosed and keeps itself in place over eons and eons. The bodhisattva feels deep sadness that things are this way, just as a mother feels great sadness when her child goes through physical or psychological agony. The mother of the universe—as the bodhisattva of compassion is depicted iconographically—does not personalize this sadness. She has seen this phenomenon of numberless beings caught in the web of their own creation for countless eons. She reaches out with her thousand arms to these beings and helps them in whatever way she can. But this sadness and the resultant compassion and willingness to help are universal rather than personal.

We might understand how the derivation of bi lends itself to the emotion of sadness a little better if we look at our experience in a meditation retreat. During longer retreats especially, the space of personal experience opens up in a periodic upwelling of sadness. When looked at closely, this sadness may be the culmination of earlier emotions like anger, rage, frustration, and so on that bubble forth, particularly during the earlier phase of a long retreat. These layered emotions resurface as a manifestation of deeply suppressed intuitions that one’s life has not worked out the way one had wanted it to. But these emotions, after they manifest themselves quite vividly, also spend themselves out. What’s left is a generalized feeling-tone of sadness, which is personal and yet not personal. One feels sad for the turns one has missed in one’s own life through the workings of greed, hatred, and delusion. This particular sadness is not regret and it is not quite sorrow as we generally experience sorrow. It’s something more subtle and finely attuned than sorrow or regret.

Within this sadness one also recognizes a certain universal pattern—that one’s life is a microcosm of all human lives that have ever been lived. In recognizing one’s own samsaric feedback loop, one also recognizes how each and every person who has ever lived has been similarly caught up in the working of samsara. The feeling of sadness for the personal-yet-not-personal is understood as sadness for the fundamental nature of the human condition. One of the healthy outgrowths of this sadness is that one takes responsibility for all the mistakes one has made in one’s life rather than blaming them on someone else, or even blaming ourselves. Sadness is thus a process of growth and maturation.

Sadness for those mistakes and a nonblaming acceptance of their costs provide the essential ingredients for further insights to develop. With sadness as a backdrop, one resolves to care diligently for one’s actions from now on, so that one does not again harm oneself or others. This care or watchful concern is not an overt or covert scheme of “self-improvement” but a deep insight that the samsaric web we are weaving through our thoughts and actions have karmic consequences that ripple out endlessly. As one cares for one’s own being in an authentic way, one also has the sense of somehow being of some assistance to the rest of creation.

It may not be possible to precisely outline the details of this assistance, but one has the general sense of helpfulness. The aspiration implicit in the first great vow of the Zen tradition, “All beings, one body, I vow to liberate,” somehow becomes alive in one’s caring for oneself. An upwelling of sadness toward one’s mistakes in life and the cumulative mistakes of all humanity helps serve as a backdrop to the arising of compassion. Our authentic experience evokes our authentic motivation, like the first musical note struck on a string instrument. How the other notes follow becomes a matter of great and delicate care.

Thus, a Mahayana understanding of bodhisattvahood would mean that authentic practice is forever bound up with this palpable sense of care and sadness—the dae ja, dae bi of the Morning Bell Chant. It is not about an ideological insistence on upholding the paradigm of the bodhisattva. The bodhisattva paradigm is a feeling-tone; the doctrine that accompanies it is merely there to explain or amplify. It has no significance without the feeling-tone of care and sadness. And yet there’s nothing neurotic, sentimental, or self-indulgent about this feeling-tone. It is grounded in an awareness that, just as one has come to a place of sadness and care in one’s own situation, it is possible for others to come to the same place of reckoning. If this reckoning is cultivated deeply, the boundaries between self and the other dissolve and will continue to dissolve when constant vigilance to care and sadness is maintained. This is the promise of practice.