Reality may seem solid, says Bhikkhu Bodhi, but it is merely a reflection of unstable, conditioned processes, or sankharas, coming together with no one in charge. 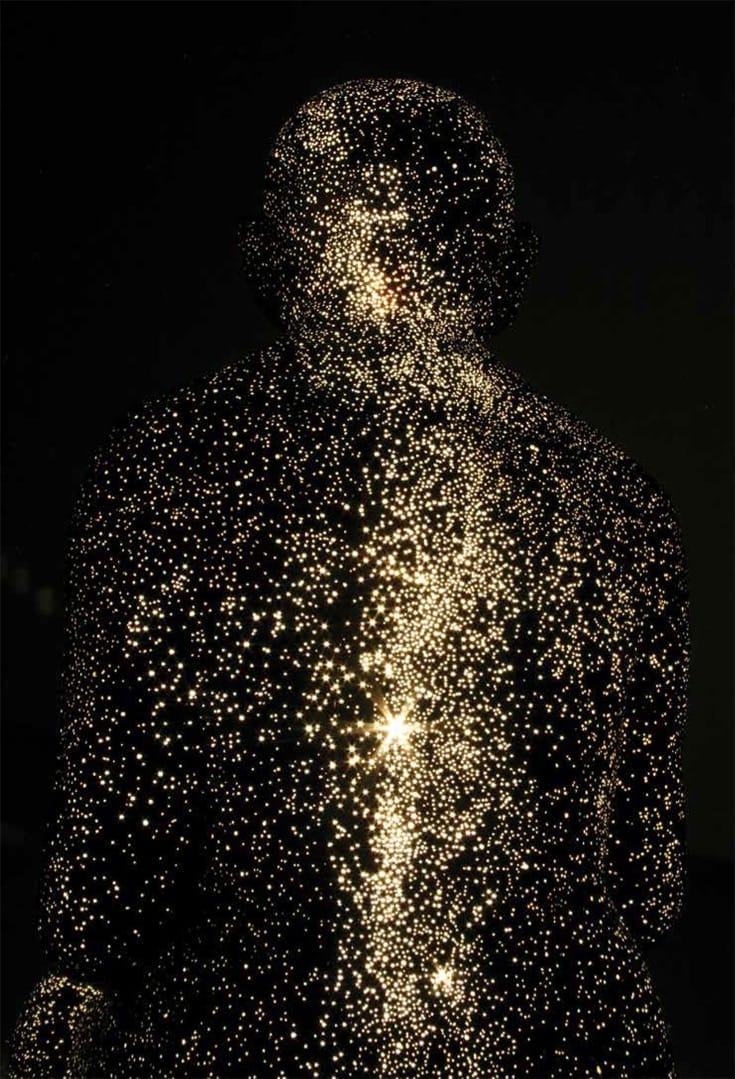 Impermanent, alas, are conditioned things! Their very nature is to arise and vanish. Having arisen they then cease. Their subsiding is blissful!

In Theravada Buddhist lands, this verse is always recited at funerals to console the grievers over the death of a loved one. However, I have not quoted it here in order to begin an obituary. I do so simply to introduce a term that I wish to explore. The term is sankhara, one of those Pali words with such rich implications that merely to draw them out sheds abundant light on the Buddha’s understanding of reality.

The word occurs in the opening line of the above verse: Anicca vata sankhara, “Impermanent, alas, are conditioned things!” Sankhara is a plural noun derived from the prefix sam, meaning “together,” joined with the noun kara, meaning “doing” or “making.” The corresponding verb is sankharoti, “to put together” or “to compose,” which is sometimes augmented with another prefix to yield the verb abhisankharoti, which usually indicates that volition is involved in the process of “putting together” or composing. Etymologically, sankharas are thus “co-doings”: both things that act in unison with other things to produce an effect and the things produced by the combined action of those productive forces. Translators have rendered the word in many different ways: formations, confections, activities, processes, fabrications, forces, compounds, compositions, concoctions, determinations, synergies, constructions. All are clumsy, imprecise attempts to capture the meaning of a concept for which we have no exact parallel in English.

Although it may be impossible to discover an exact English equivalent for sankhara, by exploring its actual usage we can see how the word functions in the thought world of the Buddha’s teachings.

In the suttas, the word sankhara occurs in four major doctrinal contexts. One is the twelve-fold formula of dependent origination (paticca-samuppada), where the sankharas are the second link in the series, conditioned by ignorance and functioning as a condition for consciousness. Looking at statements from various suttas, we can see that the sankharas are the volitional activities responsible for producing karma and generating rebirth. They are thus the factors that shape our destiny as we revolve in samsara, the round of birth and death. In this context the word sankhara is virtually synonymous with kamma, a word to which it is etymologically akin. Both are derived from the verb karoti, meaning “to act, do, or make.”

The Aggregate of Volitional Activities

The most important fact to understand about sankharas, as conditioned phenomena, is that they are all impermanent.

In the later Pali literature, the sankhara-khandha becomes an umbrella category for all factors of mind except feeling and perception, which are aggregates on their own. Thus the sankhara-khandha comes to include wholesome factors such as non-greed, non-hatred, and wisdom; unwholesome factors such as greed, hatred, and delusion; and ethically variable factors such as contact, attention, thought, and energy. Since all these factors arise in conjunction with volition, the early Buddhist teachers decided that the most fitting place to assign them is in the aggregate of volitional activities.

The third major sphere in which the word sankhara occurs is as a designation for all conditioned things. In this context, the word has a passive sense, denoting whatever is produced by a combination of conditions—that is, whatever is conditioned, constructed, or fabricated. In this sense it might be rendered simply as “conditioned phenomena.” The Pali commentaries, in fact, explain this kind of sankharas as sankhata-sankhara, “sankharas consisting in the conditioned,” sankhata being the past participle of the verb sankharoti, from which sankhara is derived. As conditioned phenomena, sankharas include all five aggregates, not just the fourth aggregate. The term also includes external objects and phenomena such as mountains, fields, and forests; towns, cities, and villages; food and drink; and we can add to the classical list cars, iPhones, and computers.

Sankharas in the Stages of Meditation

Putting the Brake to the Sankharas

When we put the word sankhara under our microscope, we can see compressed within it the entire worldview of the dhamma.

The most important fact to understand about sankharas, as conditioned phenomena, is that they are all impermanent: “Impermanent, alas, are sankharas.” They are impermanent not only in the sense that in their gross manifestations they will eventually cease to be, but even more pointedly because at the subtle level they are constantly undergoing rise and fall, forever coming into being and then, in a split second, breaking up and perishing: “Their very nature is to arise and vanish.” For this reason the Buddha declares that all sankharas are suffering (sabbe sankhara dukkha). However, they are suffering not because they are all actually painful and stressful but because they are stamped with the mark of transience: “Having arisen, they then cease.” Because they all cease, they cannot provide stable happiness and security.

To win complete release from suffering, we must attain release not only from personal experiential suffering but also from the unsatisfactoriness intrinsic to all conditioned existence. This aspect of suffering is called sankhara-dukkha. It is the dimension of dukkha that is inseparable from our journey through the round of birth and death. What lies beyond the sankharas is that which is not constructed, not put together, not compounded. This is nibbana, which is accordingly called the unconditioned (asankhata)—the opposite of what is sankhata, constructed, put together, compounded. Nibbana is called the unconditioned precisely because it is a state that is neither itself a sankhara nor constructed by sankharas; it is a state described as visankhara, “devoid of conditioning activities, devoid of the conditioned,” and as sabbasankhara-samatha, “the stilling of all conditioned phenomena.”

Thus, when we put the word sankhara under our microscope, we can see compressed within it the entire worldview of the dhamma. The active sankharas comprising karmically active volitions perpetuate the sankharas of the five aggregates that constitute our being. We identify with the five aggregates because of ignorance, and we seek enjoyment in them because of craving. On account of ignorance and craving, we engage in volitional activities that build up future combinations of the five aggregates, which become our personal identities in successive lives. Just that is the nature of samsara: an unbroken procession of empty but efficient sankharas producing still other sankharas, rising up in fresh waves with each new birth, swelling to a crest, and then crashing down into old age, illness, and death. On and on it goes, shrouded in the del usion that we’re really in control, sustained by an ever-tantalizing, ever-receding hope of final satisfaction.

When, however, we take up the practice of the dhamma, we apply a brake to this relentless generation of sankharas. Through wisdom we remove ignorance; through renunciation we remove craving. We see with wisdom the true nature of the sankharas as unstable, conditioned processes rolling on with no one in charge. We thereby switch off the engine driven by ignorance and craving, and in doing so, the process of karmic construction—the production of active sankharas—is effectively shut down. By putting an end to the constructing of conditioned reality, we open the door to what is ever-present but not constructed, not conditioned: the asankhata-dhatu, the unconditioned element. This is nibbana, the deathless, the stilling of volitional activities, final liberation from all conditionings and thus from impermanence and death. Therefore, our verse concludes: “The subsiding of sankharas is blissful!”