Who was Jamgon Kongtrul and who are his successors? From the Fall 2016 Buddhadharma.

Jamgon Kongtrul. From the Collection of the Rubin Museum of Art. Item no. 65265 | himalayanart.org

Jamgon Kongtrul is often described as one of the greatest scholars in the history of Tibet. A Karma Kagyu lama and model of rimay ecumenical activity, he collaborated closely with the Sakya lama Jamyang Khyentse Wangpo and the Nyingma treasure revealer (terton) Chokgyur Lingpa in the opening of sacred sites and the revelation of treasure.

His prodigious literary output, categorized as the Five Treasuries, covers the entire range of Tibetan Buddhist theory and ritual, as well as numerous other topics, and preserved score of Tibetan religious traditions that were at the time in danger of being lost. Based primarily at Pelpung Monastery in Derge in eastern Tibet, he built the nearby hermitage of Tsadra Rinchen Drak, which became his personal seat. Five incarnation lines were recognized after his death, including the main Jamgon Kongtrul line: 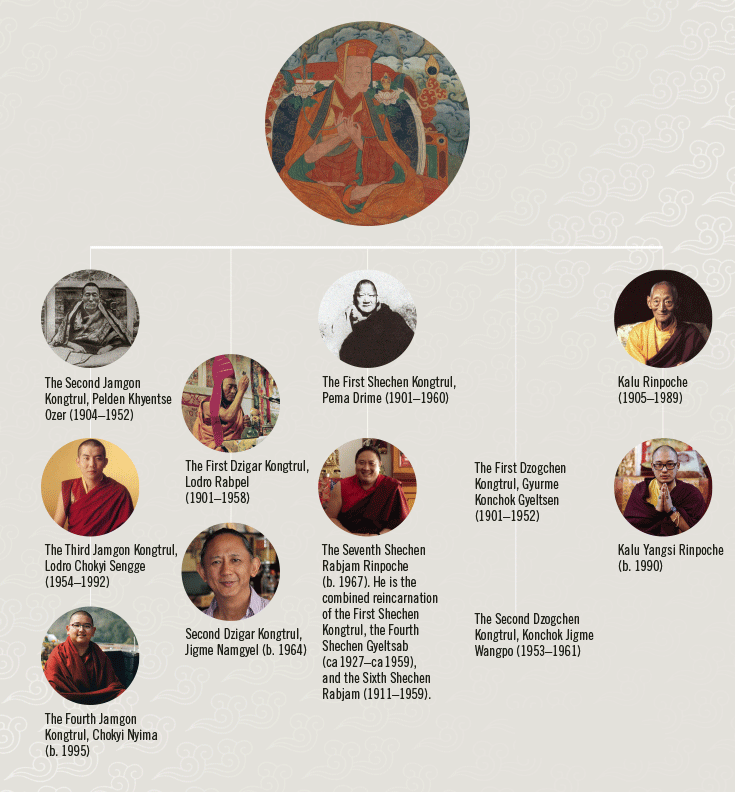