Songs from the Bardo, a new album featuring Laurie Anderson, will be released on September 27. 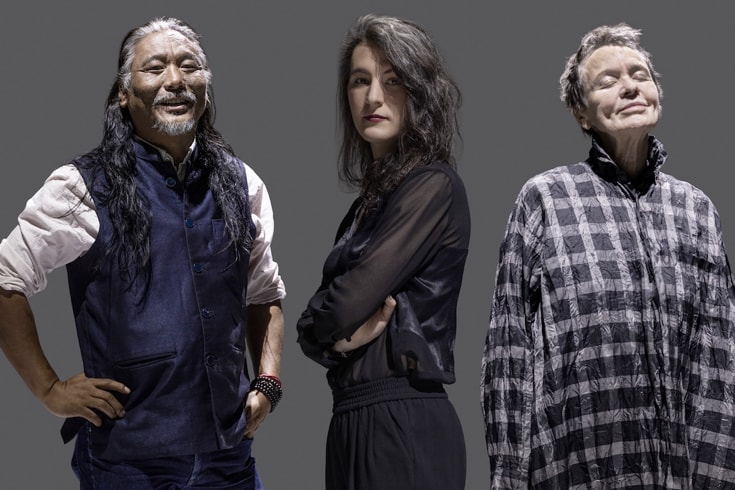 Laurie Anderson — a musician and visual artist who has for decades operated from a particularly sweet spot at the nexus of pop and the avant-garde, creating work that is at turns tender, playful, and deadly serious (and sometimes all at once) — has now lent her voice to perhaps her most outwardly Buddhism-influenced project yet. Songs from the Bardo, which features Tibetan musician Tenzin Choegyal and composer Jesse Paris Smith, captures Anderson reading from the Bardo Thodol, a.k.a. The Tibetan Book of the Dead.

The first song to be released from Songs from the Bardo is “Lotus Born, No Need to Fear,” and features text, as much of the Bardo Thodol does, addressing the recently deceased and seeking to give them counsel on navigating the afterlife. Listen to it here:

Songs from the Bardo will be released by Smithsonian Folkways, the famed nonprofit record label run by the Smithsonian Institute, on September 27. According to the album’s Folkways page, it is “a guided journey through the visionary text of the Tibetan Book of the Dead, unfolding in an 80-minute ebb and flow of sound and words.” Track titles include “Heart Sutra Song — Gone Beyond,” “The Three Jewels,” “Awakened Heart,” and more.

Anderson’s interest in Buddhism has informed previous work, perhaps most notably her film Heart of a Dog, which explored death and loss and included quotes from Buddhist teachers. (Anderson has studied with Yongey Mingyur Rinpoche, doing so along with her late husband, Lou Reed, who once said about Rinpoche, “He teaches Buddhist philosophy so I’m a student of Buddhist philosophy. If he was teaching table tennis I would learn that.”) Other projects, too, have featured the concept of the bardo. For example, there was 2012’s “Forty-Nine Days in the Bardo,” which used “the structure of a diary and The Tibetan Book of the Dead… to explore the themes of love and death, the many levels of dreaming, and illusion.”

As Anderson told The Believer around the time of “Forty-Nine Days in the Bardo”‘s release, “the main thing that attracts me to Buddhism is probably what attracts every artist to being an artist—that it’s a godlike thing. You are the ultimate authority.”