Ram Dass, the author of Be Here Now, was a spiritual teacher, psychologist, and psychedelic pioneer. 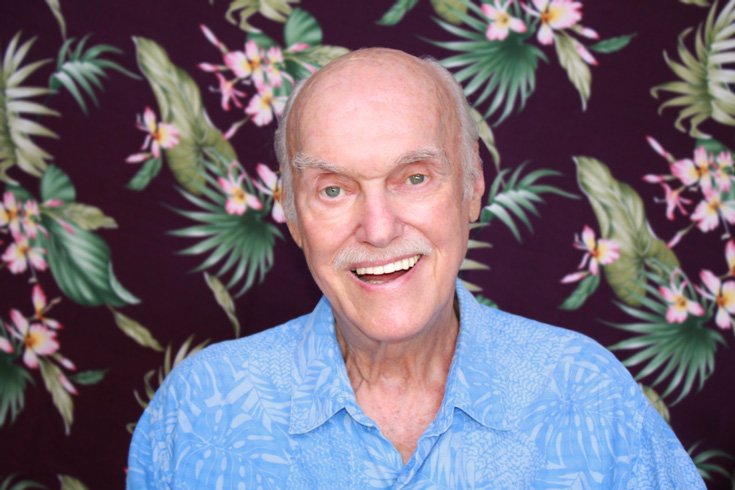 Born Richard Alpert, Ram Dass was known as a devotee of Eastern religion and for his spiritual teachings that drew from a variety of traditions including Buddhism, Hinduism, Sufism, and Jewish mystical studies. He first gained notoriety as a psychedelic pioneer, having worked in the Harvard University psychology department with Dr. Timothy Leary in the early 1960s, where the two researched the potentially therapeutic and mind-altering effects of LSD and psilocybin. He was the author of over a dozen books, including the classic Be Here Now, published in 1971.

Born in 1931 in Newton, Massachusetts, he began his PhD studies at Stanford in the 1950s. In 1958, he joined Harvard University as an assistant clinical psychology professor. In 1961, he began researching psychedelic chemicals, and co-authored two books on the subject. The research was seen as controversial, and in 1963, Ram Dass and Leary were formally dismissed from Harvard. They continued to research the religious use of psychedelic drugs through the International Federation for Internal Freedom (IFIF), a non-profit they co-founded in 1962. 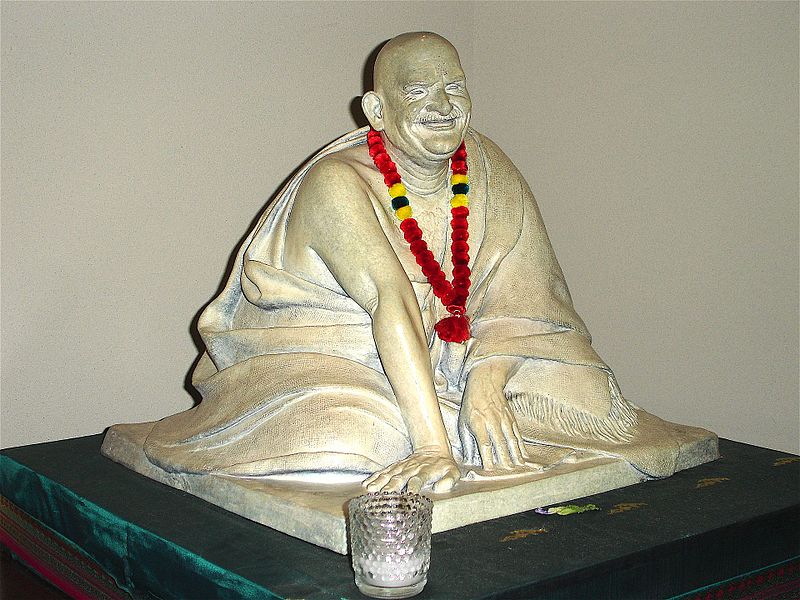 Ram Dass traveled to India for the first time in 1967, where he met Neem Karoli Baba, the Hindu spiritual teacher known as Maharaj-ji, who would become his guru. It was Neem Karoli Baba who gave the then Dr. Richard Alpert the name “Ram Dass,” meaning “Servant of God.”

When he returned to America, he stayed at the Lama Foundation, a counterculture spiritual community he had helped co-found in Taos, New Mexico. There, he created a manuscript for a book titled From Bindu to Ojas, which residents from the community edited and illustrated. The book told Ram Dass’ story of his spiritual journey and included eastern-influenced spiritual guidelines and quotes. It was published in 1971 with the name Be Here Now, and went on to become a popular and influential book for spiritual seekers from varying traditions.

Throughout the 70s, Ram Dass focused on teaching and writing, building a community of students in the West. He founded the Hanuman Foundation, a nonprofit service organization in 1974 “meant to embody the spirit of service that inspired his Guru.” The foundation created the Prison-Ashram Project, now called the Human Kindness Foundation, and the Dying Project, which brought awareness to conscious aging and dying. The Love Serve Remember Foundation was later organized to preserve Ram Dass’s teachings.

Ram Dass authored over a dozen books throughout his life, including Grist for the Mill, and Be Love Now, which he spoke about in a 2011 interview with Lion’s Roar. In 1997, Ram Dass suffered a stroke that left him wheelchair-bound with his right side paralyzed and his speech slowed. 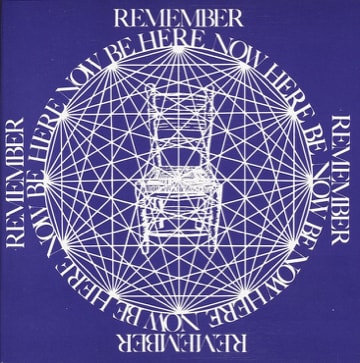 The cover of “Be Here Now.”

In 2004, Ram Dass suffered a life-threatening infection and stopped traveling to focus on his health. In his final years, Ram Dass lived on the island of Maui in Hawaii, holding bi-yearly retreats with a number of other spiritual teachers including Roshi Joan Halifax and Sharon Salzberg. The 2019 film Becoming Nobody tells the story of his life, and followed the 2017 released Ram Dass, Going Home, which showed the Ram Dass’ daily routines as he approached the end of his life.

In 2018, he co-authored the book Walking Each Other Home: Conversations on Loving and Dying with spiritual teacher Mirabai Bush, in which he speaks of how his time in India changed his understanding of death and rid him of his fear of it:

India then was a place where death wasn’t in the closet. People didn’t seem to be frightened of it in the way that Westerners usually are. In the villages, people died at home with their extended families. They didn’t need a surrogate institution. When they died, they were wrapped in a sheet. The family would call a rickshaw, and they’d put the body on some sticks and wrap it, put it in the rickshaw, and take it to the burning ghats, right through the streets, chanting the name of God: Ram Nam Satya Hai [The name of Ram is truth]. Everybody, including children, would stop and notice. Death was right out in the open, a natural part of life. It wasn’t an error or a failure. It was part of life.

Friends of Ram Dass have begun to post tributes to the teacher on social media.

“He was a faithful friend,” writes Joan Halifax on Facebook, “so loyal and accepting; many decades of the most tender and beautiful love. We taught together, seriously and full of joy. He knew me well, and teased me, and we often laughed with such wild delight. I always learned from him. My tears tell me that I will miss him. Am grateful he died peacefully, surrounded by good friends. Baba, you gave us so much. And you have my heart.”

“He changed the face of spirituality in the West, offering insight into the wisdom of the East and guidance for the next generation. He was a light in this world and will be greatly missed,” wrote Lama Tsultrium Allione.

“My tender heart has no words tonight to mark the passing earlier today of our much-loved friend Ram Dass… only that love surrendered completely to LOVE. Fly free. Be everywhere,” said Frank Ostaseski.

Memorial services for Ram Dass will be announced shortly. The Love Serve Remember Foundation is planning a “worldwide BE HERE NOW moment in celebration of Ram Dass’s extraordinary life.” In the meantime, they are calling for anyone who would like to share their reflections on Ram Dass to email them to [email protected], or post on social media using the hashtag #lovingramdass.